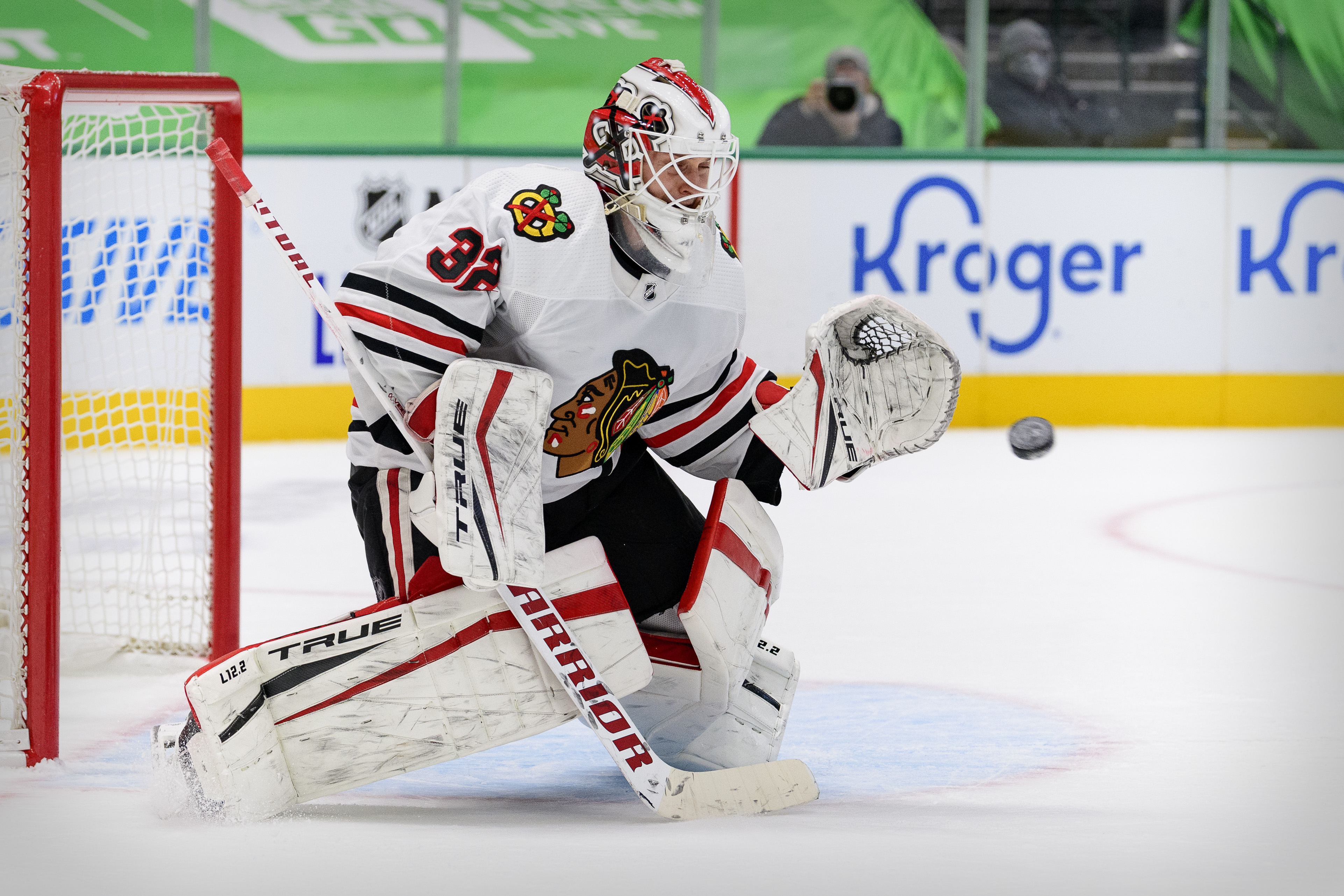 Chicago Blackhawks rookie goaltender Kevin Lankinen of Helsinki, Finland has only played in 12 National Hockey League career games, but there is some talk that the Blackhawks’ prized possession needs to be considered in the conversation as a Calder Trophy candidate. On Wednesday, Lankinen strengthened that argument with his first NHL career shutout.

Lankinen made 29 saves in a 2-0 Blackhawks win over the Detroit Red Wings. He was excellent in the third period as he preserved the Chicago victory and prevented the Red Wings from tying the score with Detroit dominating the play. Lankinen made nine saves in the first period, nine saves in the second period and 11 saves in the third period. Newly-acquired Red Wings forward Bobby Ryan of Cherry Hil, NJ, who signed as a free agent with Detroit from the Ottawa Senators on October 9, led the Red Wings with six shots on goal.

In the Blackhawks’ win over the Red Wings, Lankinen also generated offense for Chicago. He had a secondary assist on the game-winning goal by Blackhawks rookie center Philipp Kurashev of Munsingen, Switzerland. For Kurashev, it was his first game-winning of his NHL career. Duncan Keith of Winnipeg, Manitoba, the two-time Norris Trophy winner, and the 2015 Conn Smythe Trophy winner, picked up the other assist for the Blackhawks. Then with 51 seconds left in the contest, Alex DeBrincat of Farmington Hills, MI, scored from Patrick Kane of Buffalo, NY, into an empty net.

Lankinen was initially an undrafted free agent who came to terms with the Blackhawks on a two-year entry-level contract on May 21, 2018. The Finn has been fantastic in 2020-21 as he has posted a record of seven wins, two regulation losses, and three losses in extra time, with a goals-against average of 2.29, and a save percentage of .931.

The Blackhawks are currently tied for first place in the Central Division with the Florida Panthers. Both teams have 22 points.