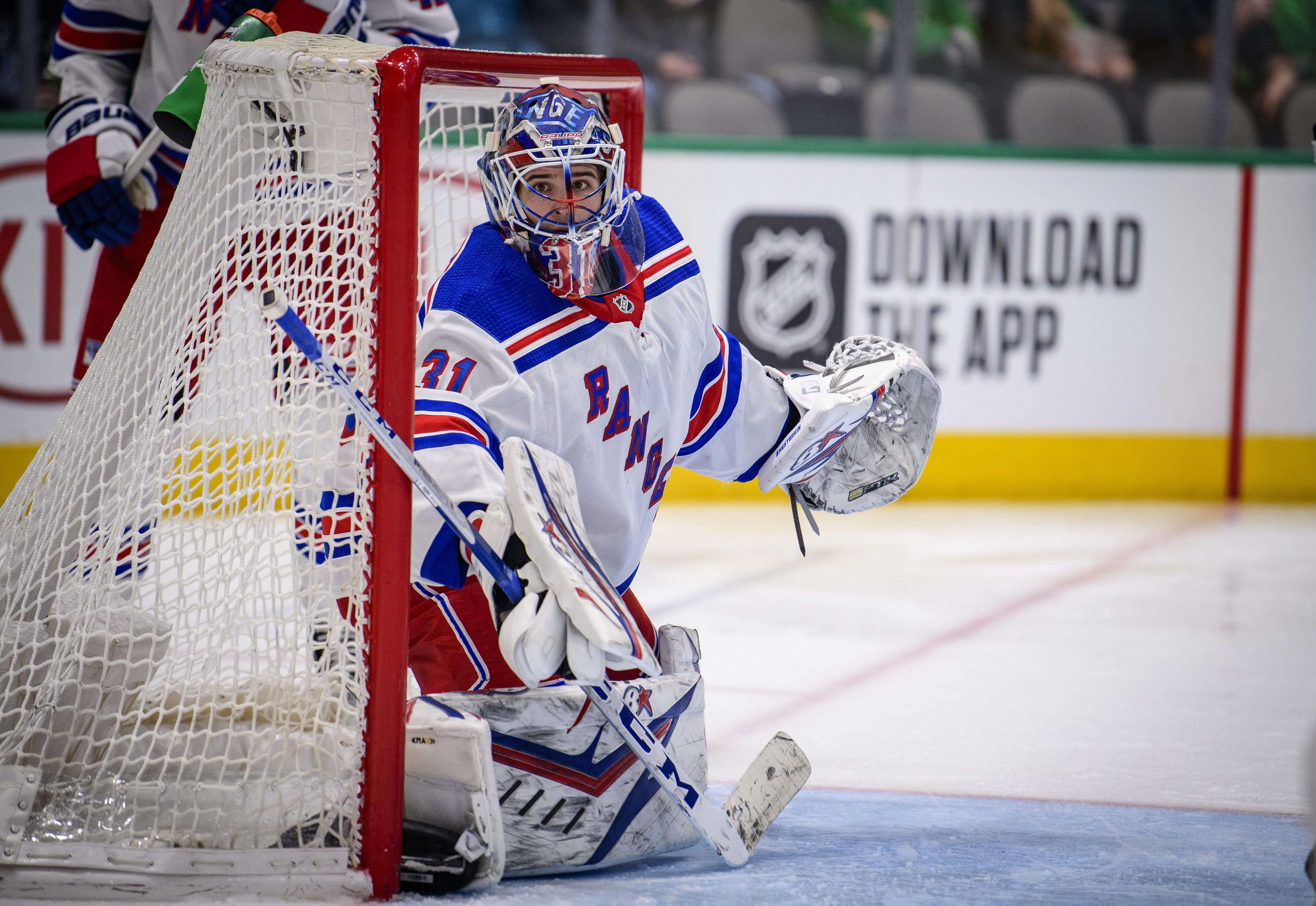 After not having a shutout in his first 35 National Hockey League games, Igor Shesterkin of Moscow, Russia has all of a sudden picked up his first two NHL career shutouts in his last two games. On Thursday, Shesterkin was not very busy as he only had to make 16 saves in a 4-0 Rangers win at Madison Square Garden in New York.

Offensively for the Rangers on Thursday, Artemi Panarin of Korkino, Russia, was one of two players to have three points, as he had two goals and one assist. The other Rangers player with a three-point game was centre Colin Blackwell of Lawrence, MA, who reached a career-high in points for a game. All three of Blackwell’s points on Thursday were assists. One more Ranger had a multi-point game as Ryan Strome of Mississauga, Ontario had two assists.

The other Rangers goal scorers were defensemen Ryan Lindgren of Burnsville, MN, and Jacob Trouba of Rochester, MI. For Lindgren, it was only his second career NHL goal.

Shesterkin meanwhile improved to a record of 12 wins, nine regulation losses, and three losses in extra time. He has a goals-against average of 2.25, and a save percentage of .925. Shesterkin’s other shutout this season also came against the Devils as he had 27 saves in a 3-0 Rangers win on Tuesday of this week.

With the win, the Rangers remain in the playoff hunt in the East Division. With a record of 21 wins, 16 regulation losses, and six losses in extra time, they have 48 points, and are four points back of the fourth-place Boston Bruins.