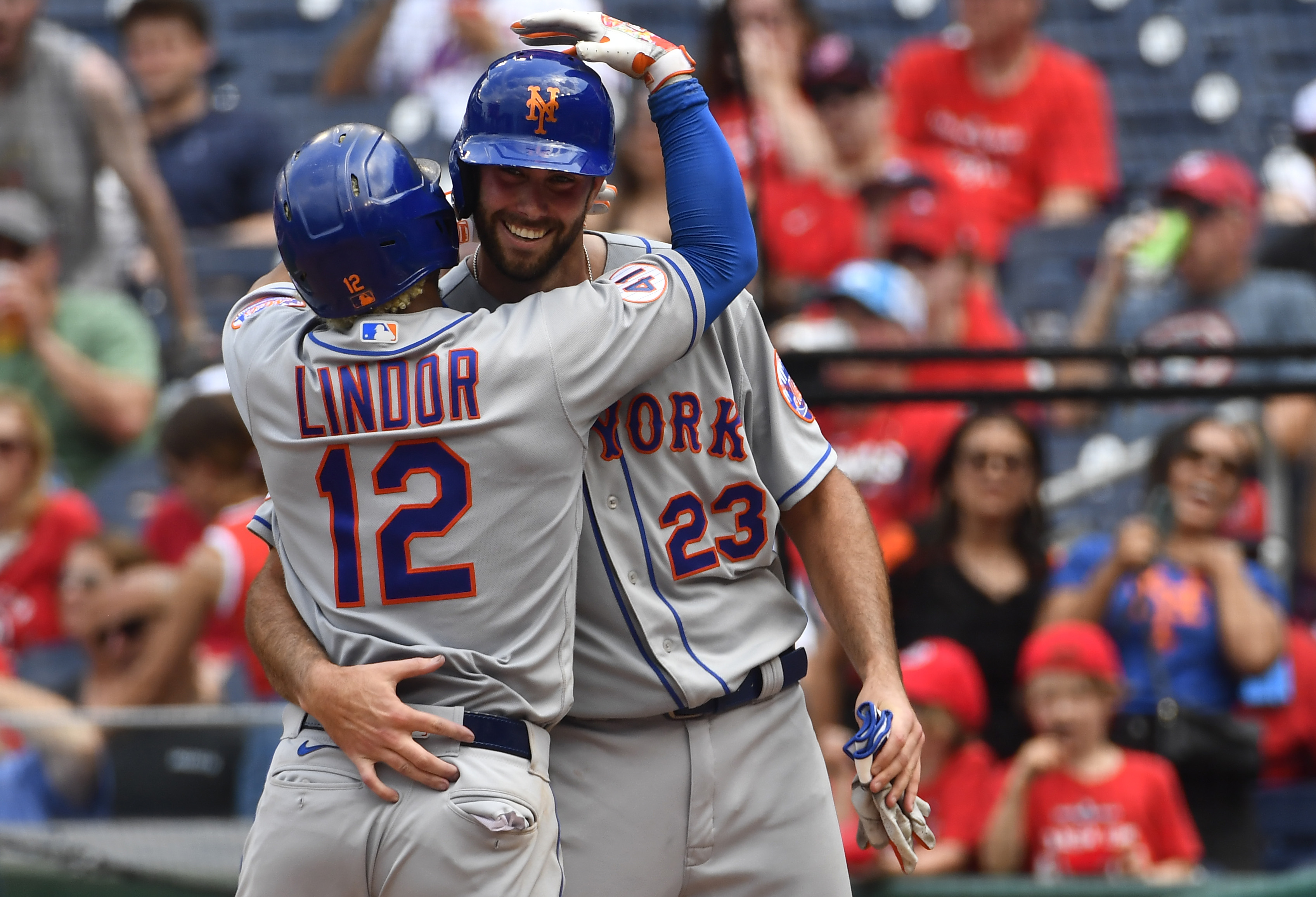 After dealing with the Nationals becoming Chuck Wepner for a night, Francisco Lindor turned into Clubber Lang for the first game of their Saturday doubleheader, hitting two home runs and driving in five for a 5-1 Mets victory in the early part of the split doubleheader. This very coincidentally came a day after I ordered some food from a restrauant and the guy behind the counter noticed my Mets shirt and said “I hope Lindor starts hitting. So I hope that guy is satisfied with Game 1’s result. (Shout out to Mad For Chicken in Forest Hills.)

David Peterson only went 4 and 2/3’s as he had a high pitch count, but he also was responsible for a run as he got his first major league hit and was driven in on Lindor’s second home run of the day. Hey as long as Rob Manfred wants to make baseball unrecognizable, how about getting rid of the dumb rule where you need to go five innings to be eligible for a victory in a seven inning game. I mean, once the starting pitcher doesn’t go five innings, it becomes arbitrary anyway. So it’s the dumbest thing in the world to say “okay, pick whoever you want to get the win but not the starting pitcher because he didn’t go five!!! But the guy that pitched 1/3 of an inning? Sure,  that’s okay.”

This leads me to …

Why aren’t Gary and Keith in DC calling these games?

Look, I understand that the Mets aren’t 85% vaccinated so the rules say that they can’t travel with the team. Fine. But they can’t make their own arrangements to take the Acela to DC and use the visitor’s booth for a weekend if there are fifth graders having their graduations at Citi Field? They have to be stuck in the damn media lunch room like savages?

Wayne Randazzo worked a game or two at Wrigley Field when the Mets visited the Cubs. We can sprinkle some common sense on these rules once in a while. 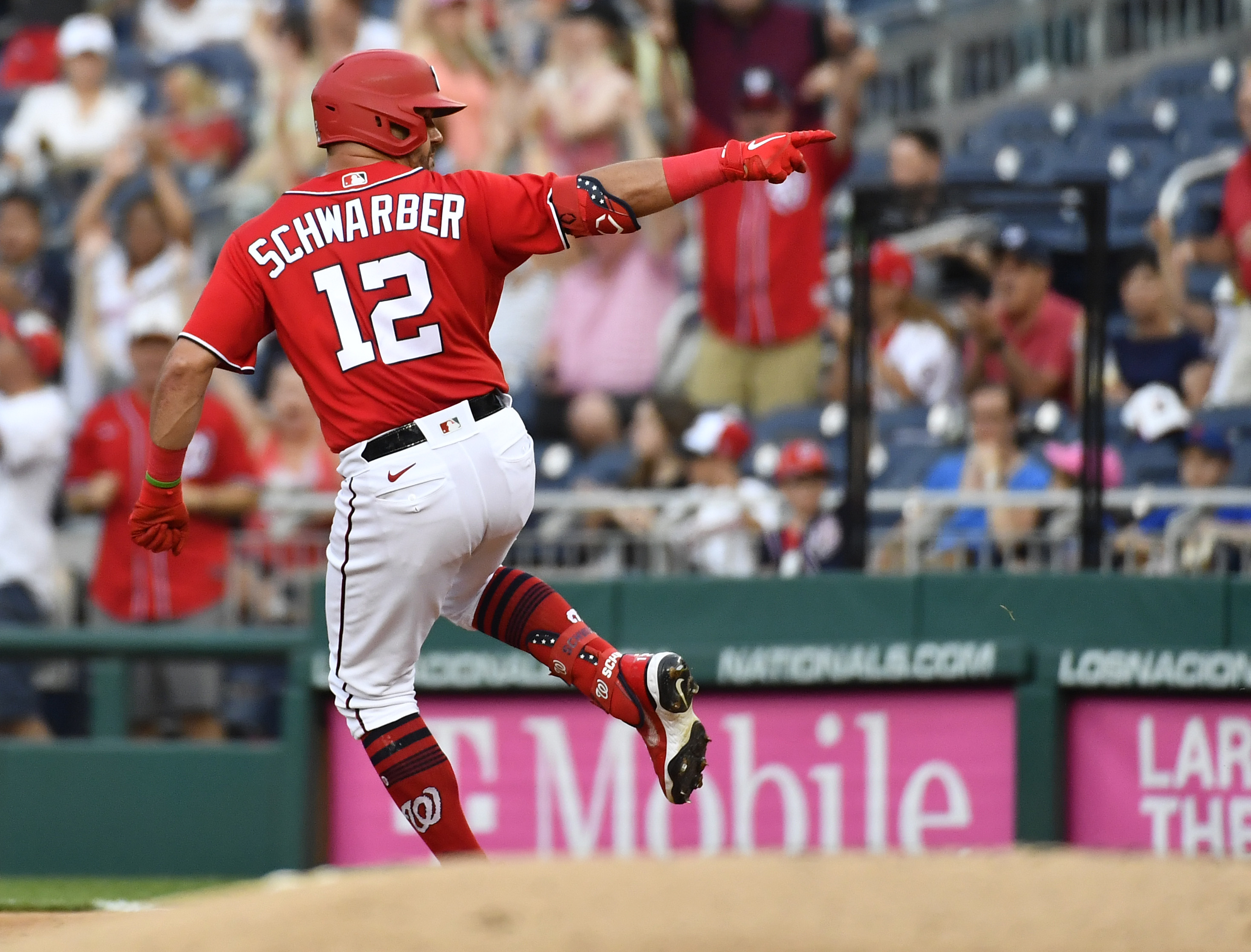 Between games of the doubleheader it was expected that Mason Williams would be sent down/DFA’d to make room for Albert Almora Jr. but instead, Joey Meatballs was placed on the IL due to inflammation in his elbow. Not the most well timed injury with 57 games coming up this week, with the first test coming in game two of the DH as Robert Gsellman and Sean Reid-Foley from Guam coming together to hopefully cobble together a bullpen game to match up with Jon Lester.

Instead, the Mets looked like Clubber Lang from the second fight, stung early by Kyle Schwarber as he led off the game with a dinger off Gsellman, and then racky-tacked in the 3rd and 4th off Reid-Foley. Trea Turner hit a solo HR in the third, and then in the 4th after a walk and a single, Starlin Castro hit a ground rule double to bring home a run. Reid-Foley tried to keep the game competitive after striking out Victor Robles and Lester, but then Schwarber sent one to the moon to make it 6-0 and it was time to start wondering how James Harden’s hamstring would respond in Game 7. 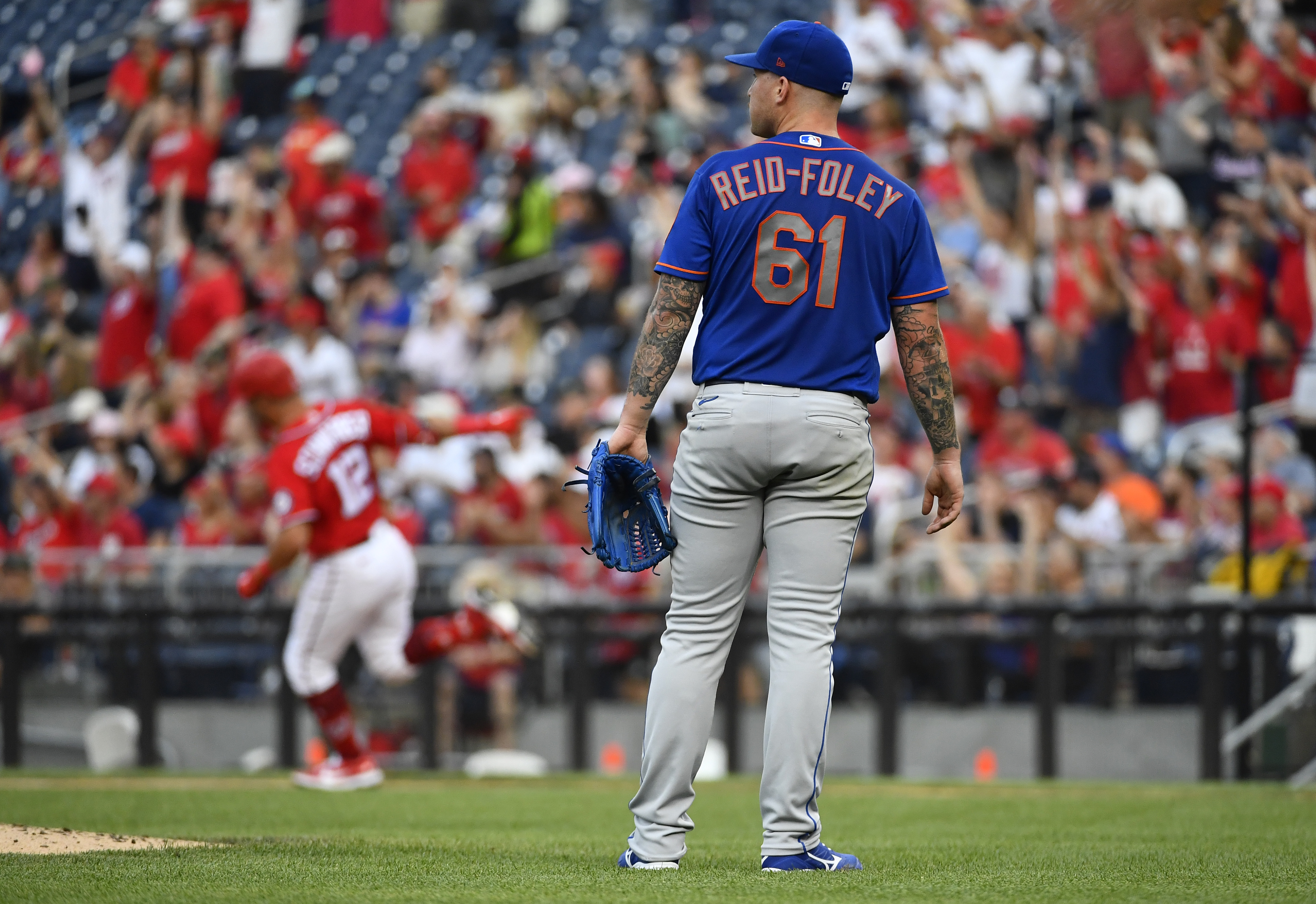 Lots to choose from, including but not exclusive to the Nationals having a split doubleheader, giving themselves the opportunity to charge nine inning prices for seven innings of baseball. Also, Nationals fans for not giving Lester a standing ovation during his 6th inning at-bat as he was going for the shutout.

But in the top of the 6th with runners on second and third down 6-0, Kevin Pillar worked the count to 2-2. Then, CB Bucknor did this:

Considering that the Mets closed the gap to 6-2 and had the tying run on deck in the 7th before finally falling to the Nats, that pitch being called correctly could have made life very interesting. But Bucknor can’t be bothered with accuracy. I mean, even the robots are like “Dude, did you really need us for that call? You couldn’t have handled that one on your own?” So Bucknor is the hate list for tonight.

And Adam Hamari. On general principle.