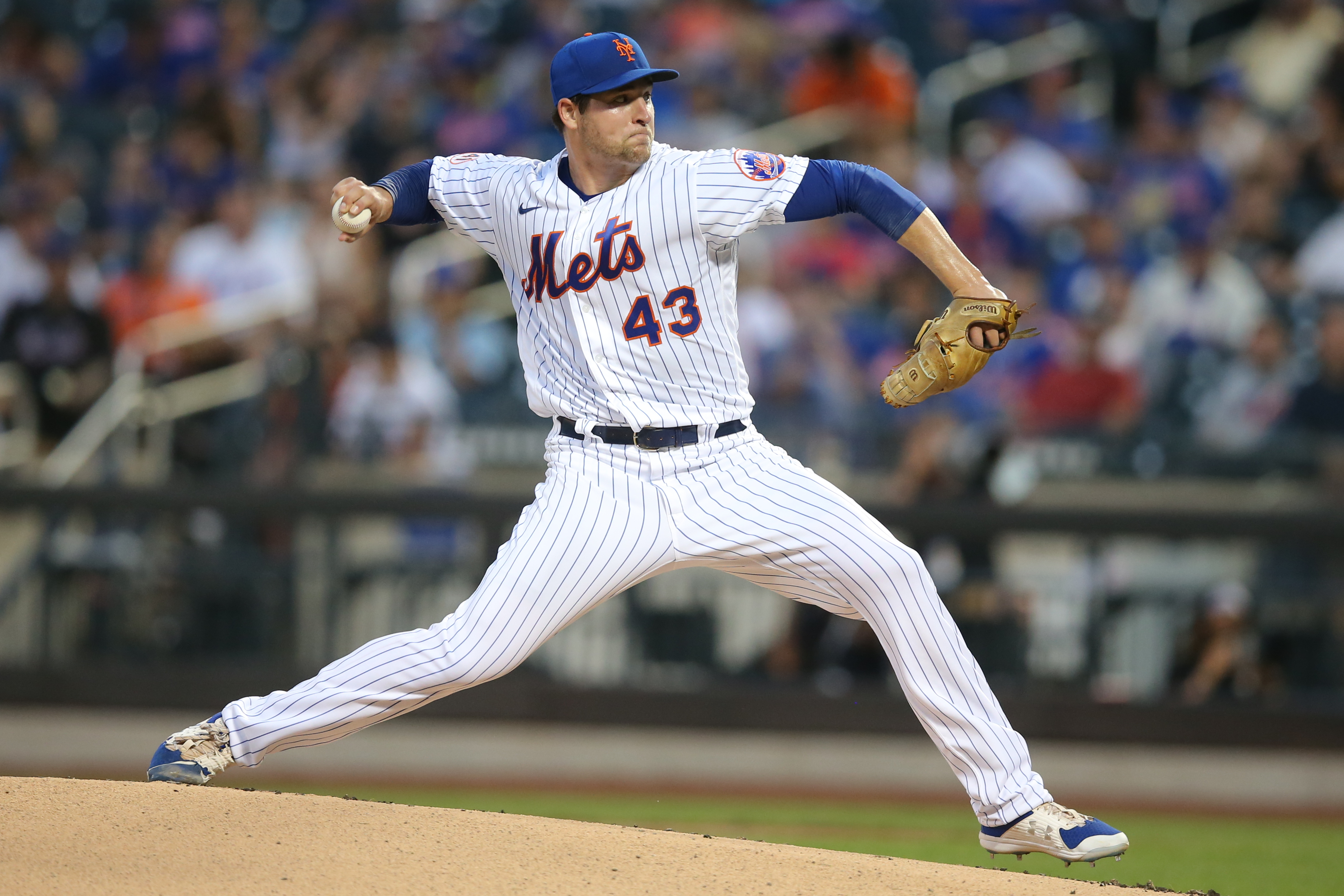 I titled my last post “The Avoiding Injury Challenge” in reference to Jacob deGrom, but as you know from rooting for this team for 200 years, it’s really an evergreen title. Between games of the doubleheader, we were reminded as to why:

Jeurys Familia is hitting the IL as well, the Mets announce, with a right hip impingement. Yennsy Diaz up.

.@SteveGelbs on SNY reports Joey Lucchesi's MRI revealed a significant tear of his UCL, and Tommy John surgery is a possibility. The Mets are awaiting a second opinion.

Add to this that Robert Gsellman tore his lat and will be out for at least six weeks if not much longer. (Him and Syndergaard are close friends who now share unfortunate torn lat injuries.) The timing on these injuries could not be more unfortunate with all of these games coming up. Jerad Eickhoff, tonight’s starter, might have to bring some friends with him from Syracuse.

Speaking of Eickhoff, he has learned quickly how to give Mets fans heart attacks before bringing everything back down to a simmer, which I guess gives him the record for becoming a “True Met” in the shortest amount of time. He loaded the bases on a double to Robert Acuña Jr. and two walks. But then he struck out Austin Riley on a dead fish, and got Dansby Swanson to ground back to him ot get out of the inning. Eickhoff wasn’t half bad, throwing four shutout innings while giving up three hits and three walks while striking out three. They hit the ball hard off him at points but they went right at people. 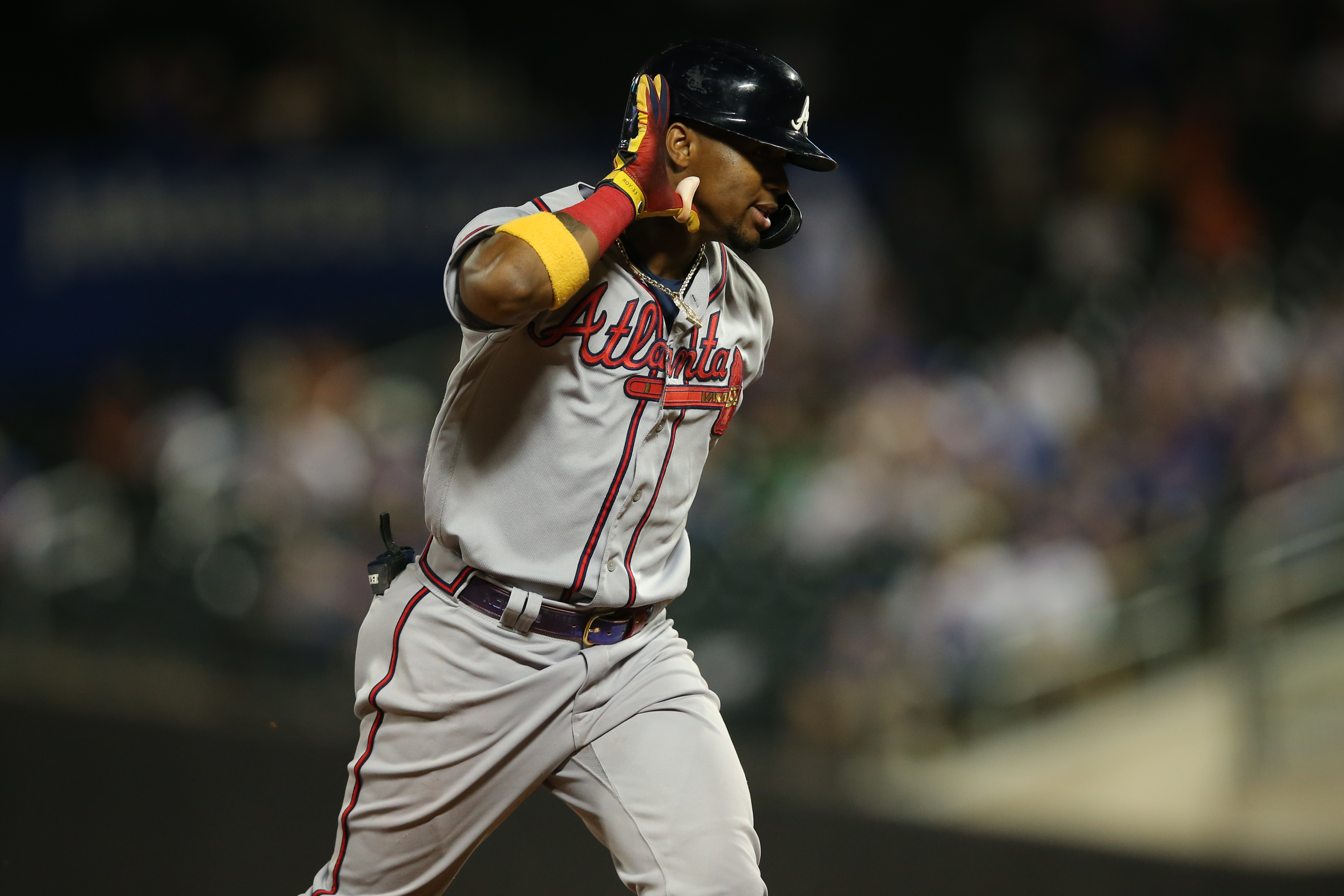 Ronald Acuña Jr. smacked a home run to right center off Miguel Castro in the 5th, and that provided the margin of victory, but it was only a sliver of the difference. Back in the 2nd inning with the score still 0-0, Pete Alonso was thrown out at third as he was trying to go first to third on a hit by Dom Smith. That’s an error of aggression, so I can’t quibble with it too much, although you have to know that it’s Acuña Jr. in right field and not some ham & egger out there.

The 6th inning was worse. Jonathan Villar hit a one out double to knock Ian Anderson out of the game (and Anderson was brilliant, giving up three hits and one walk in 5 and 1/3.) But then Villar, in keeping up with the whole “avoiding injury challenge” theme, left the game because he couldn’t avoid injury. So Jose Peraza comes in and makes the mistake that they teach you to avoid in rookie ball: He tried to take third on a ground ball to shortstop. There are extenuating circumstances in a lot of sequences on a baseball field. But that’s something you just cannot do. Even in this modern game where everyone has taken a closer look on what is accepted practice and what isn’t as big a deal as we thought it was, you still cannot try to take third on a ground ball to short.

Now it was Francisco Lindor who hit the grounder to short that Peraza was thrown out at third on. And I swear to you that the first thought in my head was “well, it’s time for Lindor to steal second to make up for Peraza’s vapor lock.” Yeah, great. Except that the Braves were probably thinking right along with me and picked Lindor off to end the inning.

Of course, it wouldn’t be a true Mets loss unless they mixed their own physical pain with your mental anguish. They pulled that off in the 7th. With one out, Alonso singled to left, Smith singled to right, and Alonso did not try to take third this time. Will Smith then hit James McCann with a slider to bring up Kevin Pillar.

Now, for you younger readers out there, let me show you this play:

This, of course, was Willie McCovey of the Giants lining out hard to Bobby Richardson to end the 1962 World Series. A foot either way, and the Giants are the champs. Now, Kevin Pillar with the bases loaded with one out in June is hardly the same thing, but this was the first play I thought of when Pillar scalded one right to Austin “Graig Nettles” Riley at third. He dove to double up Alonso, but review correctly reversed the call and the Mets had one more breath. With the good karma that has been following the Mets, I figured they had to take advantage and bring this one home.

But Brandon Drury popped up to end it. The doubleheader has been split, and my heart has been torn apart much like Joey Meatballs’ UCL.