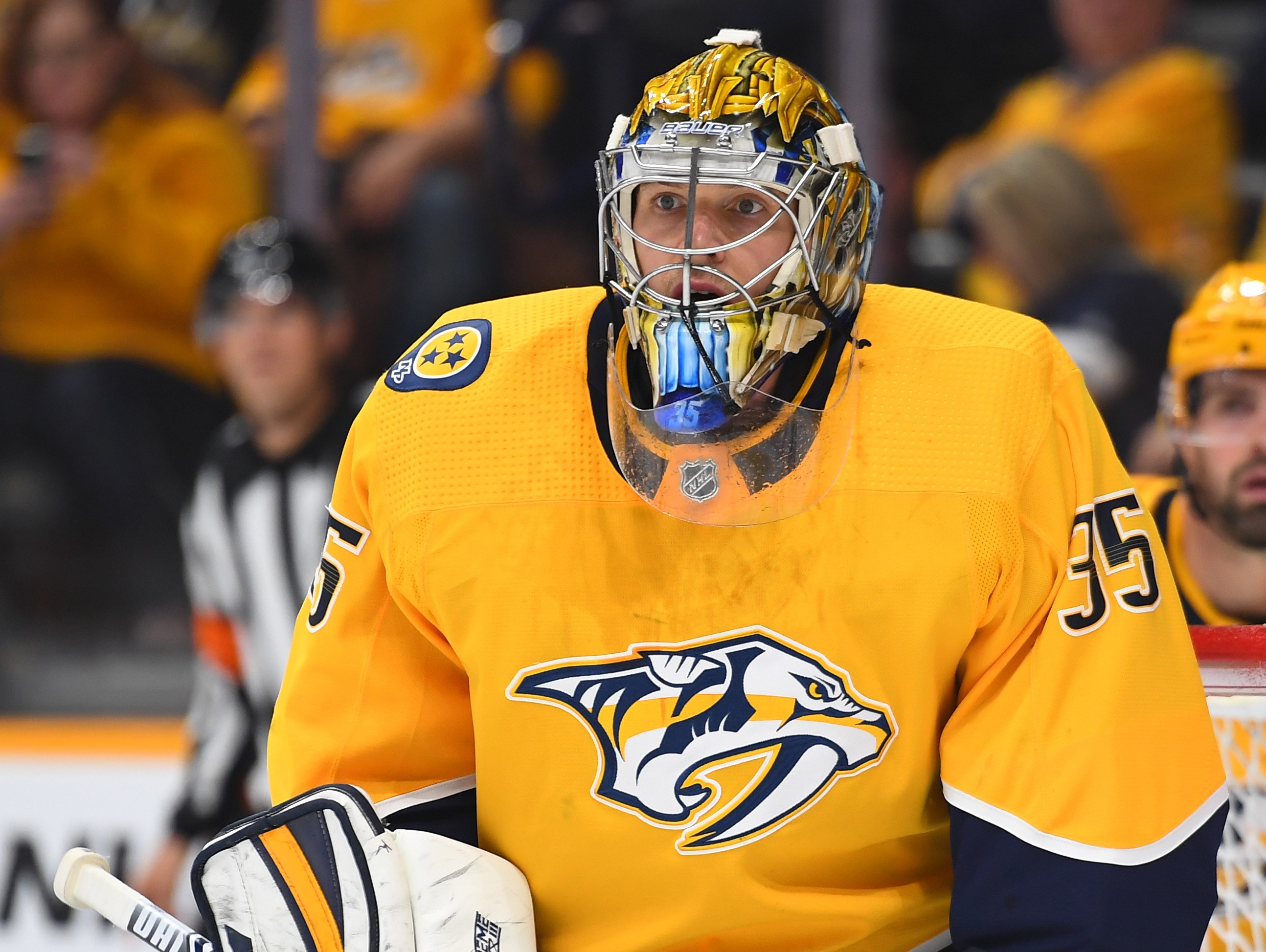 In 683 career regular season games in the National Hockey League, Rinne had a record of 369 wins, 213 regulation losses, and 75 losses in extra time. He had a career goals against average of 2.43, a career save percentage of .917, and 60 shutouts.

Rinne is 19th all-time in shutouts among National Hockey League goaltenders, and first among Finnish goaltenders. Rinne is also third all-time in shutouts among European-born goaltenders. The only two European-born goaltenders with more shutouts than Rinne are Dominik Hasek of Pardubice, Czech Republic, who had 81 shutouts with the Chicago Blackhawks, Buffalo Sabres, Detroit Red Wings, and Ottawa Senators from 1991 to 2008, and Henrik Lundqvist of Are, Sweden, who had 64 shutouts with the New York Rangers from 2005 to 2020.

Rinne’s best NHL season came in 2017-18 when he won the Vezina Trophy as the NHL’s best goaltender. He not only led the NHL that season with eight shutouts (tied with Andrei Vasilevskiy of the Tampa Bay Lightning), but also had a record of 42 wins, 13 regulation losses, and four losses in extra time, with a goals against average of 2.31, and a save percentage of .927.

Twice in Rinne’s career he led the NHL in shutouts. Rinne also led the NHL with five shutouts during the 2012-13 season. Eight years ago, he tied for the NHL lead alongside Jimmy Howard of the Detroit Red Wings, Tuukka Rask of the Boston Bruins, Mike Smith of the Phoenix Coyotes, and Cory Schneider of the New Jersey Devils. Also in 2011-12, Rinne led the NHL with 43 wins, and 1987 saves.

One could argue that Rinne was one of the very best eighth round draft picks to ever play in the NHL. He was initially selected 258th overall by the Predators in the 2004 NHL Entry Draft.