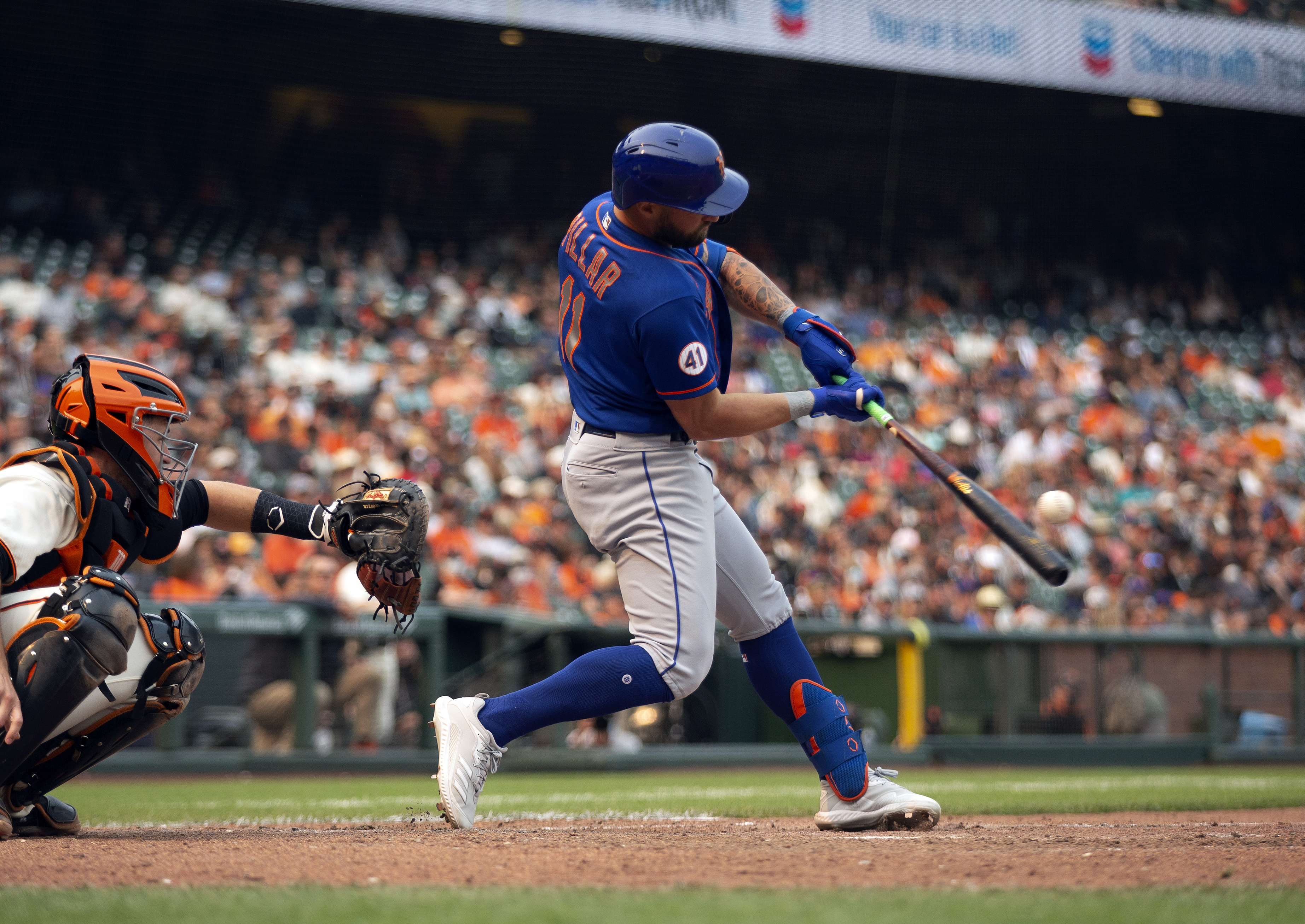 So when last we were together, I mentioned that the Mets didn’t need an extreme act of torch burning. To be more exact:

… one would hope that behind the scenes, somebody is gently reminding them that time is running out. Not with a flipped buffet table or some other contrived act of metaphorically “lighting a fire in their bellies.”

First off, give me credit for lasting until August until pulling off the obnoxious move of quoting myself. Now take away that credit because what I failed to understand that the 2021 equivalent of flipping over a buffet table is to send an angry tweet on social media. That’s exactly what happened before Wednesday’s game.

It’s hard to understand how professional hitters can be this unproductive.The best teams have a more disciplined approach.The slugging and OPS numbers don’t lie.

Now let me lead into this with the following: Steve Cohen is the owner of the New York Mets, and he can run his team the way he sees fit. He can also use social media the way he sees fit, aside from hateful language and offensive images of course, which you don’t see above.

But I’m of two minds here. The first is the paraphrase the great Chris Rock by saying that Steve Cohen can also drive with his feet, but it doesn’t make it a good idea. It was one thing when Zack Scott said that the Mets were “unacceptably bad”, as he was responding to a question from a reporter honestly. It’s quite another to tweet out of nowhere and cause a firestorm, especially when the basic gist of the tweet is “c’mon, hitting isn’t that hard.” You can twist it however way you want it, and I’m sure that’s not exactly what it meant, but it’s sure as hell what it comes off as. It also comes off not only as sounding like a ranting fan that calls into WFAN at 2AM, but it also comes off as very Steinbrennerian. (OMG can you imagine if Twitter had existed in the 80’s during the vaunted Steve Kemp/Yankee era?) And if you’re going to do that, then you better hope that future free agents take tweets like that in the spirit that it’s intended, and that it doesn’t stop players from wanting to come here.

The second saying that I subscribe to is the following: “Don’t sing it, bring it.” Words without actions are just noise. And since we’re past the trading deadline and there’s nothing anybody can do to remake the roster for another 6-10 weeks, that tweet serves nothing except to bounce around the echo chamber of New York baseball narrative, and that isn’t a great thing. Actions always mean more, and what Steve Cohen should be doing is figuring out how to improve his front office team for the 2022 season. They’re the ones that created this team for better or worse, and while it’s been way better than the slop the Wilpons would have given us, there is still plenty of work to do to get to where they want to be, which is on the level of consistency that a team like the Dodgers are on. Last weekend’s series, and I fear this weekend’s series, have proven and will prove that the gulf between the Dodgers and the Mets is as wide as the margin in which Jonathan Villar was picked off first base today. While Cohen is right to be frustrated, the twitter road is a tricky one to travel. Because now the pressure is on you to do something when the pressure should really be on the people that you hired to run baseball operations. So once again, italicized and in bold for emphasis …

Don’t sing it. Bring it. 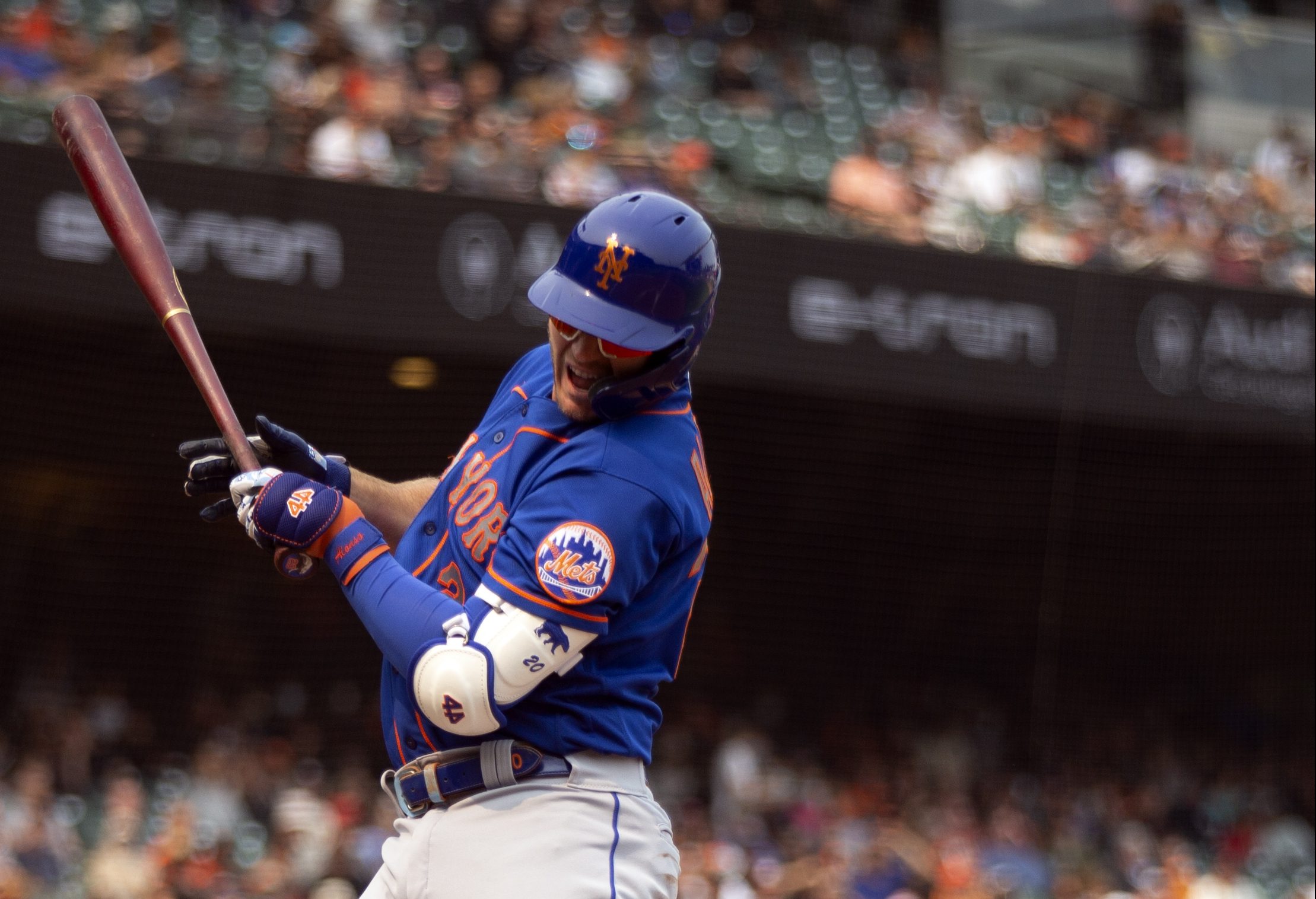 What followed Cohen’s tweet was eight innings of more of the same against the Giants on Wednesday, and it was made worse because Anthony DeScalfani had left the game in the second with an injury, and the Mets were getting shut out by the Giants bullpen (although the Giants’ pen ERAs look to be very good.) But it still looked like the Mets were not only trying to get a hit off the Giants bullpen, but off a passive-aggressive tweet as well.

Down 1-0 in the 9th, the Mets caught a break. Jake McGee was in to finish it off, and he hit Pete Alonso in the elbow. It must have been hard because he hit the elbow guard and Alonso still had to leave the game after the 9th. But that led to a single by Michael Conforto (and for those looking for “fire” and “anger”, Michael looked quite pumped up after the single, which sent Alonso to third.) J.D. Davis then hit a sac fly to right field to tie the game and keep the wolves at bay for another inning.

After the Mets went down meekly in the 10th (in part because Luis Rojas mad Patrick Mazeika bunt to lead off the inning to get the ghost runner to third because having a catcher bunt worked so well the last time he did it … and Villar was nailed at third and that was the death knell to the inning), Edwin Diaz worked his second inning and aside from hitting Austin Slater with a slider (which was fine because it set up the double play anyway), Diaz was really sharp in these two shutout innings and it saved the day, along with Rojas’ willingness to leave him in for a second inning. The one thing about Cohen’s tweet was that maybe it didn’t create a visible sense of urgency in the players, Rojas leaving Diaz in for a second inning is the kind of desperate managing that was appreciated today, and frankly the Mets need more of going forward. 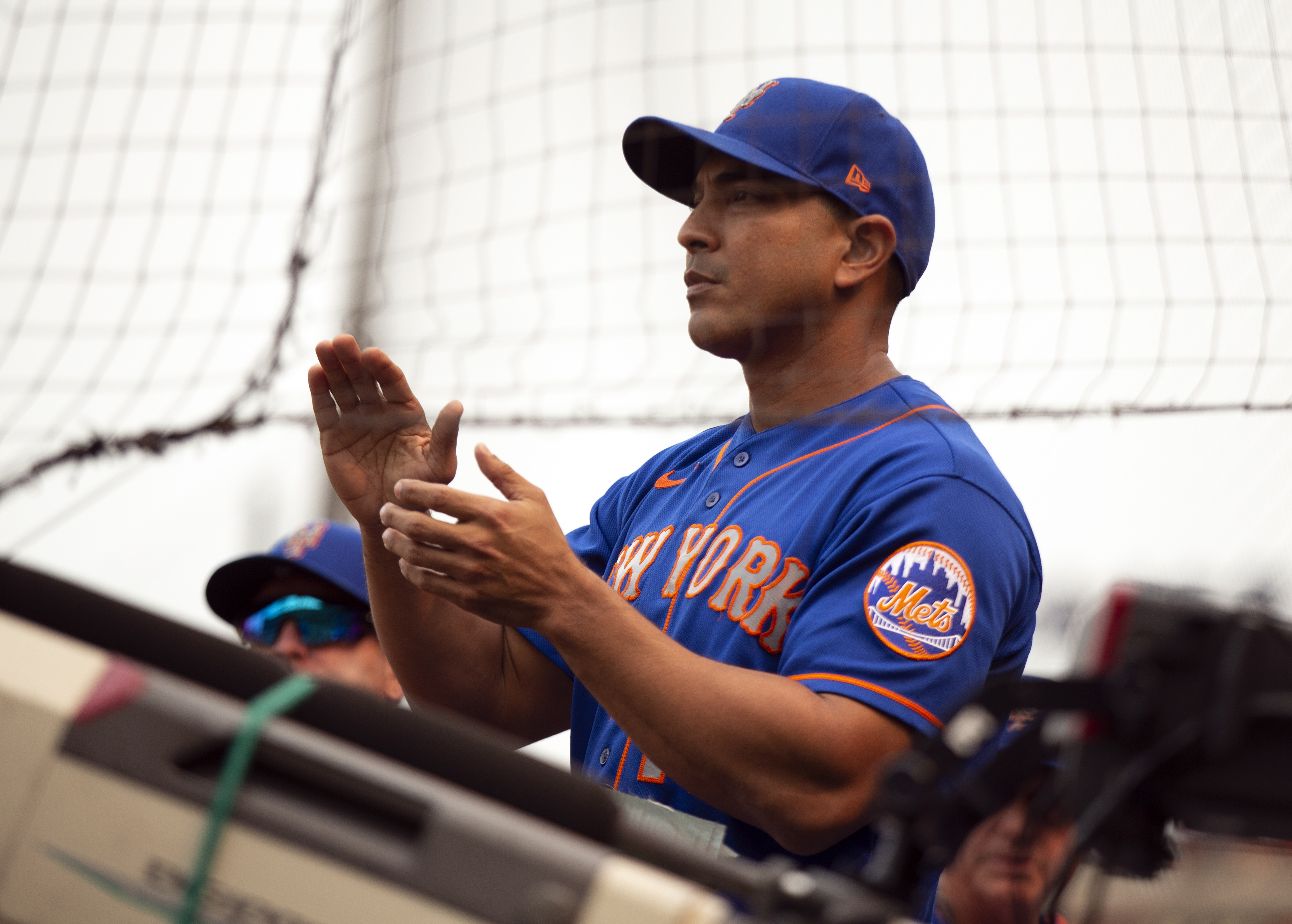 The Mets and Giants traded runs in the 11th, a Conforto double on one side and a Tommy LaStella single off Jeurys Familia on the other side, The Mets needed more of a healthy portion in the 12th. No more appetizers, time for the big steak … right? Kevin Pillar, who came in for the extra innings to replace Dom Smith, who replaced Alonso at first base, provided that steak with a long three run HR against his former teammates to give the Mets a 5-2 lead. Pillar made a bid to give the Mets the lead after Mazeika’s failed bunt in the 10th but was robbed by LaMonte Wade  in left, made sure he put the ball where even Wade couldn’t catch it in the 12th. Chance Sisco, a bit player in the Mets Final Destination Trilogy (first it was Final Destination Center Field, then Final Destination Starting Rotation, and now we are watching Final Destination Catcher), ripped an RBI double down the line on the first pitch he saw as a Met to give them more comfort at 6-2.

Jake Reed, who was impressive against the Dodgers last Sunday night in the only three innings that were digestible that night, closed it out in the 12th with a K, an F-8, and another K. So the Mets are back and .500 and their owner, I think, I hope, sleeps well tonight, because for at least one day the Mets brought it. There is a long way to go, of course. Wednesday’s win, their first of this Dodgers/Giants stretch, could be the start of the grand comeback in which they pulverize the Dodgers. Or it could be the Mets’ “rosebud” moment … one last gasp before they go gently into that good night. If that happens, then the next “Queens Zoo” moment on Twitter should be interesting.