Wild Run Out of Gas Against Vegas in 6-4 Loss 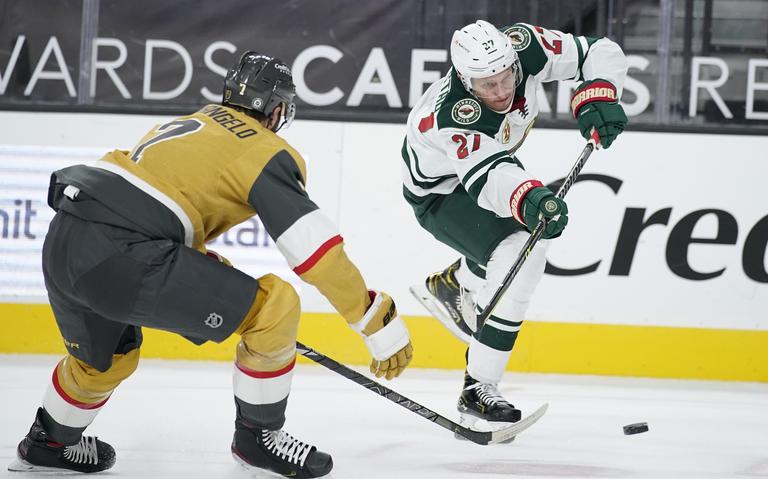 For whatever reason, games between the Minnesota Wild and the Vegas Golden Knights have plenty of drama.  The other perk is that like Gila River Arena in Glendale, Arizona, fans from the State of Hockey seem to enjoy the excuse to travel to Sin City to watch Minnesota play so it makes for a spirited atmosphere especially when the Wild light the lamp.  Warm weather, available tickets and for those that like to gamble you get all of that and a hockey game besides?  Sounds like a fair deal to me.

Minnesota looked noticeably fatigued on Saturday night against the Los Angeles Kings.  Los Angeles would sit back in a passive 1-2-2 trap and do all that they could to clog the neutral zone and Minnesota was never able to get comfortable.  Part of that was due in part to spending so much time on the penalty kill as the Wild’s lack of energy led to a lot of lazy stick infractions.  That meant the same players were logging extra minutes on special teams and only helped add to the collective fatigue of the club.

Yet hockey can help inspire some energy even if your body and mind are telling you should be tired.  Goals.  After kind of a sluggish start against Vegas, I thought the Wild started to move their feet better after a few goals by Alex Goligoski, Mats Zuccarello and Nick Bjugstad respectively.  Jared Spurgeon had noticeably much more jump in his skates against Vegas than he did against the Kings.  Zuccarello’s buzzer beater with .6 seconds left in the 1st period and Bjugstad’s snipe just 9 seconds into the 2nd period gave the Wild some swagger.  At times, the action was end-to-end as Minnesota and the Golden Knights traded scoring chances with one another.

Unfortunately that’s not always a good idea to just trade scoring chances against a skilled team like Vegas as Mark Stone managed to find Max Pacioretty behind the Wild defense for a breakaway and he’d race in and beat Cam Talbot with a wrist shot to give the Golden Knights the lead.  The Wild would have their chances as they had a long 5-on-3 but Minnesota would allow Vegas to keep them to the perimeter and the Golden Knights were able to keep the Wild off the scoreboard.  It was a big missed opportunity, 4-3 Vegas going into the 3rd.

Minnesota would tie the game early in the period on a power play as a point shot by Spurgeon that would strike the glove of Robin Lehner and the puck landed in the crease where it was buried by Marcus Foligno.  4-4 game.  But those feelings would be short-lived as Jordie Benn would get caught holding Pacioretty and this put Vegas on the man advantage.  Vegas would take back the lead just a few seconds into the power play as Stone found the twine behind Talbot.  At this point, Vegas would play rope-a-dope and Minnesota just didn’t seem to have the legs to get to loose pucks or the energy to fight through checks to pounce on the rebounds they needed to.

The Wild would pull Talbot for an extra attacker and the Wild pressed hard for the equalizer.  Minnesota rang one shot off the post and that was as close as they would get before Alex Pietrangelo would send the puck the full length of the ice to seal the deal with an empty netter.  6-4 Vegas victory.

What did you think about this week’s worth of games (if you managed to stay awake for most or all of them)?  Tell us on Twitter at @CreaseAndAssist! 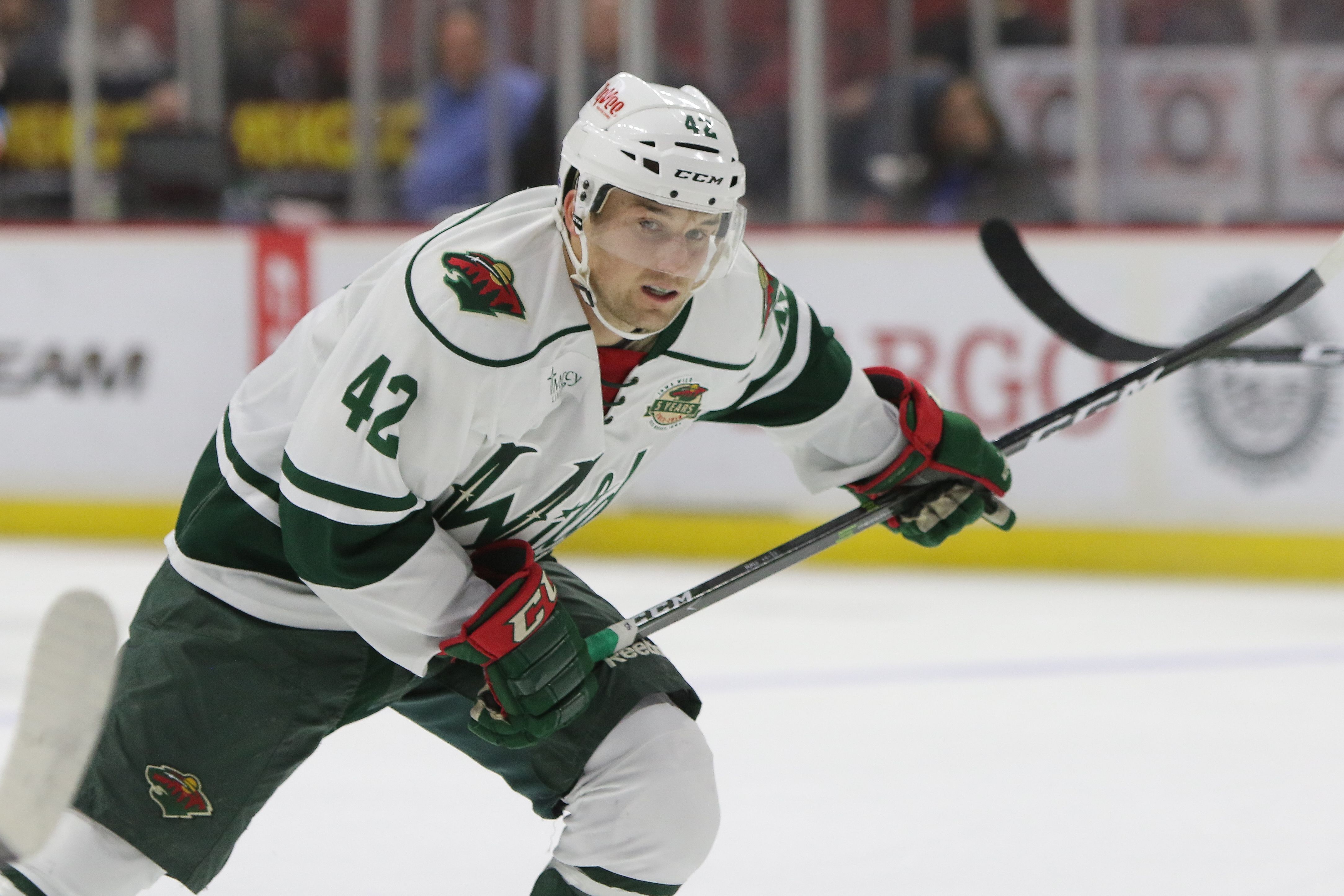 Life as an American Hockey League team is living at the behest of your NHL affiliate.  When the NHL team needs players, you have to not only give them players off your roster but most of the time its your best ones or the ones that happen to be playing the best at that time of the request.  The Iowa Wild faced a little bit of that when the Minnesota Wild had some injuries.

However, more recently, it has been the team’s own internal struggles to stay healthy with injuries like a lower-body injury to talented winger Matt Boldy or goaltender Andrew Hammond and a Covid-enforced quarantine for Connor Dewar that have left the team a bit shorthanded as of late.  And when you’re losing the best players on your roster your organizational depth gets tested in a big way.  It means players have to step into bigger roles, sometimes ones they haven’t had in a while.

Eden Prairie, Minnesota-native Kyle Rau has done his best to try to lead the way.  He has been Iowa’s most consistent player in the wake of these injuries but that’s what one would expect from a seasoned veteran like Rau is.  Marco Rossi returned after getting thrown to the ice in an after-the-whistle fracas against the Henderson Silver Knights.  His return gave the Wild some much-needed skill up front.

Speaking of stepping up, prospect Alexander Khovanov has been called up from the Wild’s ECHL affiliate, the Iowa Heartlanders and has had some promising moments where he’s shown off his deft stickhandling and quick release.  He scored his first goal on the power play against Milwaukee on Friday night.  His skating lacks explosiveness but he is looking more and more comfortable each game and he seems to be happy to be in Des Moines right now.

Adam Beckman has still been frozen with 9 points for what seems like forever.  He is still pulling the trigger whenever the opportunity presents itself but he might have a little more success if he were to shoot closer to the goal.  Hopefully his breakaway goal on Saturday against Milwaukee will help him finally start lighting the lamp with more consistency.  Damien Giroux has been relatively quiet this year but he’s mostly been used in a bottom six role for Iowa all season so far.

Strangely, despite the fact Iowa has gone 2-6-1-1 (the last 1 is for shootout losses) in its last 10 games, the team’s power play and penalty kill have actually improved during the losing streak.  Their power play is now 4th in the league and their penalty kill is 6th best in the AHL.  In fact, it kind of reveals part of Iowa’s issue.  The team has struggled mightily to score 5-on-5 than it did before the injuries to Dewar and Boldy as well as the promotion of Mason Shaw to the big club.  So that has meant the team has leaned more on the power play to provide it with the goal support it needs to win games.

Goaltending has perhaps been the biggest sore spot the last few games.  While Dereck Baribeau and Hunter Jones have overall kept games close enough to give Iowa a chance to win it was very soft goals that have proven costly in recent games.  On Friday, it was a fairly innocent weak wrist shot from Cody Glass that snuck through Hunter Jones in overtime, and on Wednesday a Rockford Ice Hog player just lost a puck off his stick and it somehow got between the leg pad of Baribeau and the right post tying the game which the team would eventually lose in a shootout.  This team misses the calming presence of ‘the Hamburglar.’

If there is any relief in the Wild’s recent struggles is despite the fact its lost its last 7 games in a row is that it sits 4th place in the AHL Central standings.  So if they can get some players back they could reverse their fortunes and still be in good shape.  I am not really sure what Iowa Wild bench boss Tim Army could do to make the team any better than what it has during these last 7 most of them being fairly close.  So the team is battling hard, it just lacks that extra play or two to turn those losses into victories. 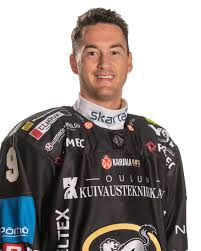 Where Are They Now?  C/RW – Casey Wellman (Karpat, Sm-Liiga)

The Brentwood, California-native came to the Minnesota Wild as a sought-after undrafted college free agent out of UMass back in 2010 where it was hoped he’d develop into a skilled scorer.  He showed a little promise, scoring a goal and 3 assists in 12 games with the big club right out of college.  Over the next two seasons, in call ups from the organization’s AHL affiliate in Houston he struggled to find the back of the net scoring just 3 goals and 9 points in 29 games.  He didn’t do too bad for the Aeros, where he had 28 goals, 32 assists in 68 games.  Ultimately the team ran out of patience and the team traded Wellman and a 7th round pick in 2013 to the New York Rangers for Erik Christensen.  Wellman then bounced around the AHL for a bit with stops in Connecticut, San Antonio and Hershey.  In Hershey he was able to re-establish himself as a scorer and he even managed to earn another short NHL call up in a 13-game stint with the Washington Capitals but those would be his last games in the world’s top league.  He would take his game internationally and he’s been a bit of a nomad playing in the KHL, the SHL, the Swiss National League and is currently playing in Finland’s Sm-Liiga for Karpat.  The 34-year old forward currently has 6 goals, 6 assists, 10 PIM’s and is a -2 in 25 games this season. 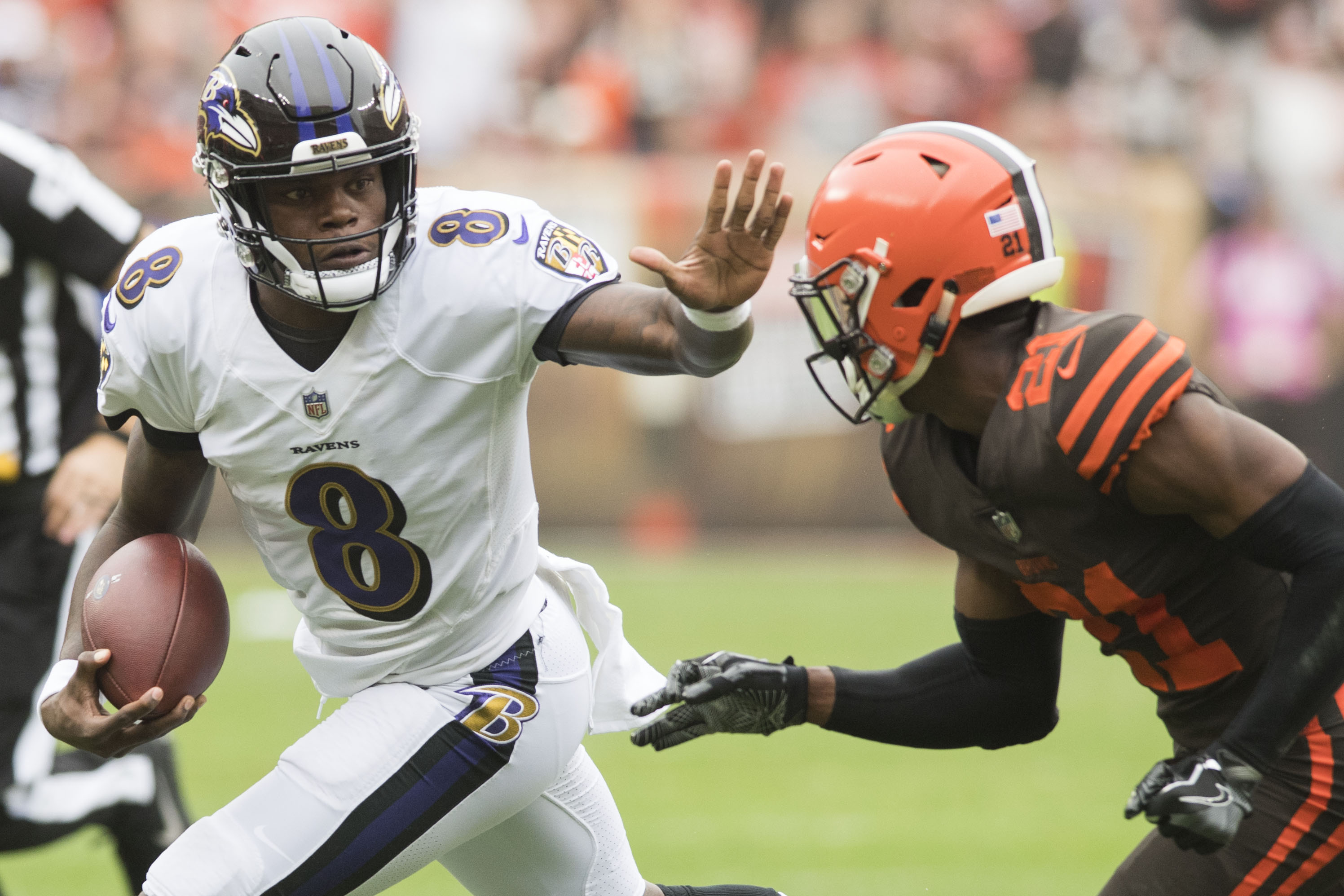 Ravens come up short again in 24-22 loss to Browns

Sooner or later the myriad injuries incurred by the Ravens this season had to reach the tipping point.  They’re lucky to still lead the AFC...