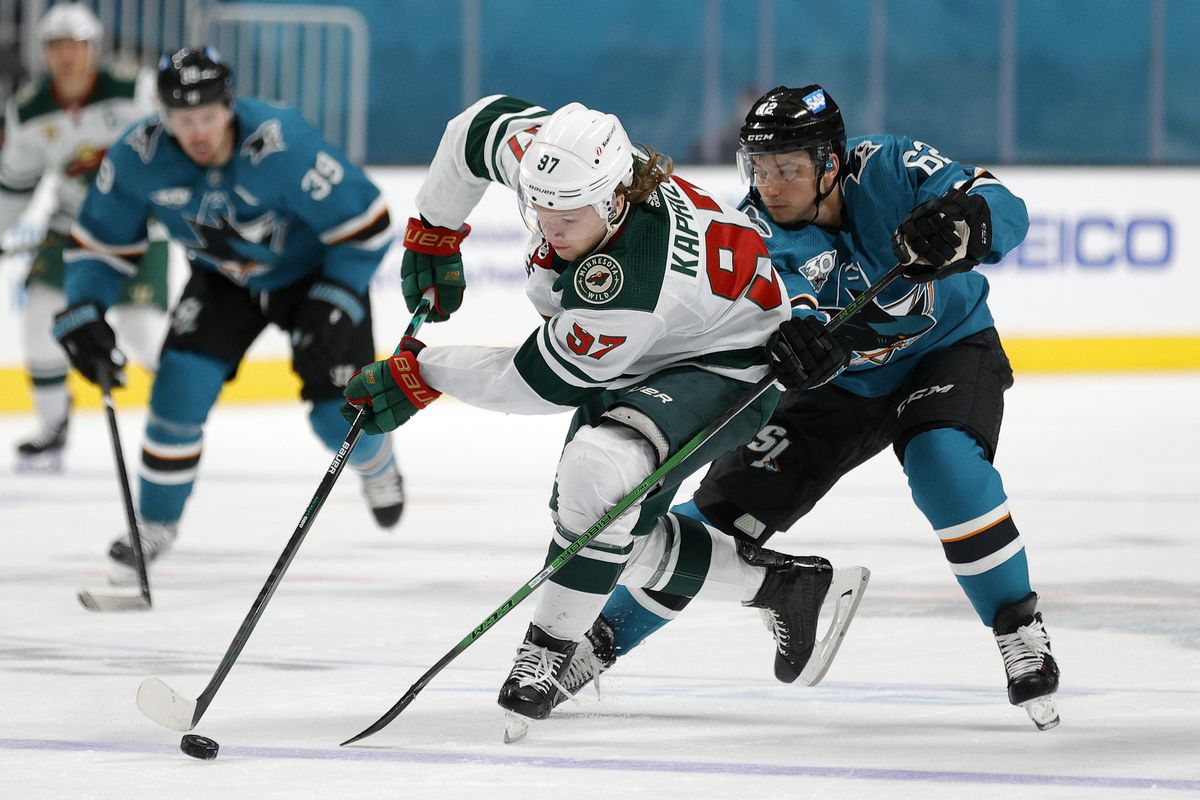 *- Denotes that statistics may include those earned from multiple teams.

If you somehow went into yesterday’s game feeling confident, I’m curious how you felt that way. Very little in the stats had me feeling great, but then sometimes that works as reverse psychology. However, games against the Blues rarely work in that way. There’s just something about them as an opponent that does not work well for Minnesota. The glass half full version of me is like “well at at least we don’t have to play them again this season.” I hate to break it to you, but it looks like they will be our first round opponent.

I will admit I was feeling a bit cautiously optimistic when they found a way to rally back. But at the same time knowing who the opponent was, I had a feeling they wouldn’t be able to hold onto that rally energy. Sadly, I was correct in that belief. There are some teams where Minnesota can hold on, but Saint Louis is not one of those teams. If the Wild want any chance of getting out of the first round, they need to find the ability to not let off the gas as well as shut down their opponent. And truth be told, I doubt the result would have been any different if Marc-Andre Fleury was in goal.

So now after a disappointing, but predictable, showing yesterday, they need to do the quick turnaround to focus on today’s game. Of course that can be harder when the turn around also includes a flight to the next game. One could argue that it’s a good thing that the flight took them back to Saint Paul, but it’s hard to know if this will be a positive outcome in this back-to-back scenario. The only positive thing about it, is at least today isn’t against Saint Louis, Nashville, or Dallas.

Today’s opponent, the San Jose Sharks, feels like a definite trap kind of game. Like Minnesota, they lost a 1-goal game on the road, but a 2-1 loss in regulation in Dallas. Where our game had serious playoff implications for both teams, Dallas needed the win in an attempt to hold on to the second wild card spot. The Stars have the chance to both overtake Nashville as well as widen the lead over Vegas. Dallas accomplished what needed to be done, and now Minnesota needs to do that as well against San Jose.

It is highly unlikely that Minnesota will face former goaltender Kaapo Kahkonen today, as he earned the loss yesterday against Dallas. So instead, if instincts are correct, it will be James Reimer in goal for the Sharks. While not an absolute shut down goaltender, Reimer isn’t garbage either. If you paid attention to yesterday’s game, you would have noticed that the Wild almost refused to get in close with the puck on Ville Husso. They opted to stick to the “safer” perimeter, but of course that means lower shot quality. They needed to get more shots on goal, and up close. And that will be key to today.

I can hear it now, “but they scored five goals.” But what does five goals mean when the opponent scored six? Yes it’s great that Minnesota is scoring the amount of goals they have this season, but when they can’t shut down their opponent, you get results like yesterday. Why Saint Louis has officially clinched a playoff appearance, but Minnesota has not. So back into the trenches we go, hoping for a better result.

The Sharks are not exactly an opponent I wish to see at this point in the season, but they are the current hand we’ve been dealt. Looking at the stats, the one thing that stands out is the Sharks’ ability to shut down just about any power play in the league. Yes there are games for Minnesota where their power play makes a difference, but having played yesterday and perhaps would rather spend Easter at home with their families, I have a feeling Minnesota’s power play will look anemic.

Even though the Wild only gave up one power play goal yesterday, it almost doesn’t matter at this point how good or bad an opponent’s power play is. Minnesota will give up a power play goal, but they really only have themselves to blame. During yesterday’s ABC-ESPN broadcast of the game, one of the commentators mentioned the Wild’s inability to clear the zone on the penalty kill. I pretty much said to our TV “thank you Captain Obvious” because this is a problem this team has had for many seasons. I don’t understand how they can continually fail year after year on this one element of basic hockey. Continual weak clearing attempts. Seriously, put some muscle on it, but they can’t even do that.

It would be nice to see Minnesota clinch a playoff spot today, but I just don’t know if they have it in them to pick up yesterday’s pieces and take a stand. When you’re facing a lesser opponent you need to take a stand, and say enough is enough. They need to come in and play San Jose like they’re the toughest opponent in the league, but I worry they’ll play them like the team with only 69 points. They need to pepper their goaltender with shots up close, but I worry that they won’t fight for the crease and will stick to the perimeter. I worry that they’ll again fail against a poor power play, but instead make it look like a great one.

Honestly, I should have purchased some Easter candy to drown out my (potential) sorrows with this game, but it completely slipped my mind. Hopefully if you’re reading this, you have little ones in our house (or will be visiting) who will share their bounty with you. But will the Minnesota Wild share their bounty with their fans and get the much needed win today?