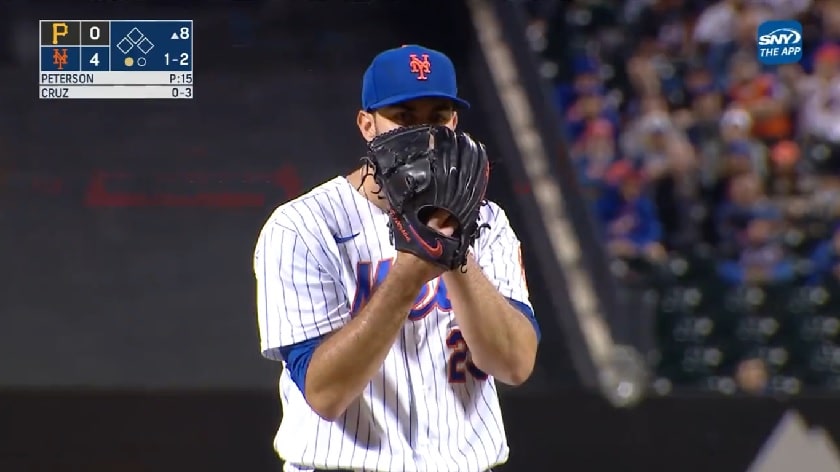 Now that the 2022 season is over for the New York Mets, we have been looking back at the year that was. After taking a more general view of the offense, pitching, and coaching staff, it’s time to take a deeper dive into the Mets’ players. This series will take a look at every player on the roster for the Mets at the end of the season from A (Pete Alonso) to W (Trevor Williams). The review will look at their season statistics, stories, and what role (if any) they will have next season. We continue the series today with a look at starting pitcher David Peterson.

Story: With a full starting rotation at the start of the season, the New York Mets didn’t have plans for David Peterson to be a starter in 2022. Peterson did make the Opening Day roster as a long man out of the bullpen and was pressed into the rotation immediately when Taijuan Walker landed on the injured list after his first start. Walker’s healthy return saw Peterson sent to the minor leagues at the beginning of May and he spent a few weeks down at AAA Syracuse before being recalled later in the month after Max Scherzer landed on the IL with an oblique strain.

Various injuries allowed Peterson to remain in the Mets’ rotation until September and he was a solid performer, giving the Mets good innings from the back of the rotation. The team attempted to convert Peterson to a relief role on the fly to mixed results but he did show enough to make the postseason roster as a lefty specialist. Peterson ended up making two relief appearances in the Wild Card Series, allowing one run in two innings pitched as the Mets lost the series to the San Diego Padres in three games.

Peterson was a valuable member of the Mets’ rotation in 2022 as Scherzer, Walker, Jacob deGrom and Carlos Carrasco all spent time on the injured list. The fact that Peterson was able to stay healthy throughout the year helped him deliver a strong bounceback from a rough 2021 campaign.

The Mets’ rotation is full once again so Peterson’s only shot at making the Opening Day roster would be to win a competition with Tylor Megill, Joey Lucchesi and Elieser Hernandez to replace Trevor Williams in the swing man role. Peterson will likely start the season in AAA Syracuse, where he can remain stretched out as a starter, and he would be in line to serve as an injury replacement in the event a member of the Mets’ veteran rotation needs to spend a few weeks on the IL.

Check back tomorrow as our Player Review Series continues with a look at outfielder Nick Plummer!