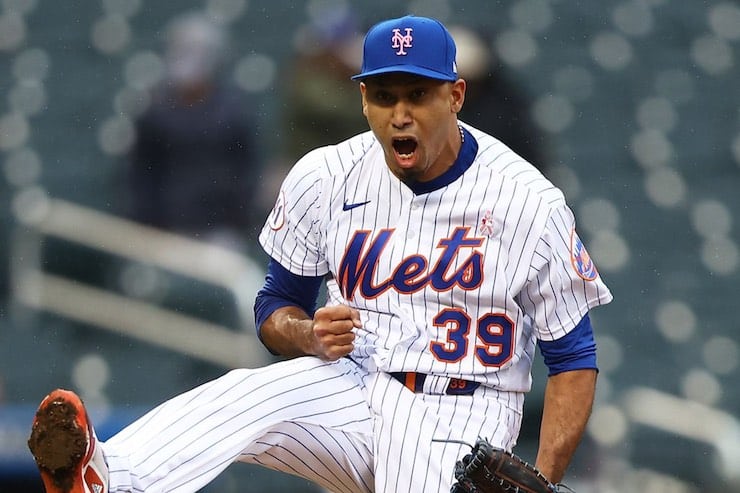 Now that the 2022 season is over for the New York Mets, we have been looking back at the year that was. After taking a more general view of the offense, pitching, and coaching staff, it’s time to take a deeper dive into the Mets’ players. This series will take a look at every player on the roster for the Mets at the end of the season from A (Pete Alonso) to W (Trevor Williams). The review will look at their season statistics, stories, and what role (if any) they will have next season. We continue the series today with a look at relief pitcher Edwin Diaz.

Story: After a solid 2021 season, Edwin Diaz entered 2022 in a contract year. Things got off to a solid start for Diaz, who made an early mark by closing out the Mets’ combined no-hitter of the Philadelphia Phillies in April, as he put together an All-Star worthy first half. New manager Buck Showalter found a way to unlock the best of Diaz, who didn’t blow a save after May 24 and became baseball’s most dominant reliever over the course of the season.

Diaz racked up 32 saves on the season and was used in a variety of ways by Showalter, who often asked him to come into the seventh or eighth innings to try and retire the most dangerous hitters in an opposing lineup. That usage was no problem for Diaz, who dominated the opposition to the tone of an absurd 118 strikeouts in 62 innings pitched while holding opponents to just a .160 batting average against him. Diaz’s entrance to Narco by Blasterjaxx also became a viral phenomenon that led the Mets to bring in Timmy Trumpet, the musician who plays the trumpets in the song, to Citi Field in August to perform his entrance song live. The Mets also saw Diaz play a key role in racking up huge outs both down the stretch and in the playoffs, with his memorable relief appearance in Game 2 helping bridge the gap from Jacob deGrom to Adam Ottavino to seal the Mets’ only postseason win.

There is no question that the Mets wouldn’t have won 101 games in 2022 without a dominant effort from Diaz, whose turnaround from his first year struggles in New York became one of the best stories on the team this season.

Diaz always expressed interest in returning to New York throughout the year and the Mets worked quickly to get a deal done before the start of free agency. The five-year deal pays Diaz $102 million and contains both an opt-out after the 2025 season as well as a team option for the 2028 campaign. With pretty much their entire bullpen set to hit free agency this winter, retaining Diaz was one of the Mets’ top priorities and the fact that they got the deal done so quickly was extremely important since there were no good alternatives to replace him on the market.

Check back tomorrow as our Player Review Series continues with a look at third baseman Eduardo Escobar!