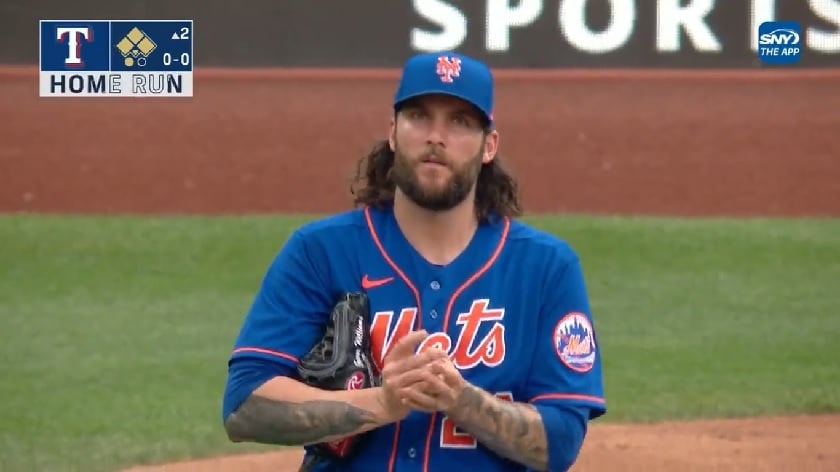 Now that the 2022 season is over for the New York Mets, we have been looking back at the year that was. After taking a more general view of the offense, pitching, and coaching staff, it’s time to take a deeper dive into the Mets’ players. This series will take a look at every player on the roster for the Mets at the end of the season from A (Pete Alonso) to W (Trevor Williams). The review will look at their season statistics, stories, and what role (if any) they will have next season. We conclude the series today with a look at starting pitcher Trevor Williams.

Story: As the second piece of the Javier Baez trade, Trevor Williams was a player the Mets had plans for in 2022 after tendering him a contract to avoid arbitration. Williams made the Mets’ Opening Day bullpen as a swingman and worked primarily as the team’s long man out of the bullpen. The Mets also used Williams as a sixth starter on nine occasions, mostly on days where they had doubleheaders or had to bump a starter back for various reasons. That role was perfect for Williams, who was a valuable piece for the Mets throughout the season and pitched to a 3.21 ERA, even earning a save by tossing the final three innings of an 8-0 win over the Chicago Cubs on July 14.

The Mets’ rotation was fully healthy by August, limiting Williams’ role to primarily bullpen work down the stretch. Williams earned the Mets’ 101st win of the regular season on October 5, tossing six innings of two run ball to defeat the Washington Nationals in relief of opener Mychal Givens, an effort that helped save many of the team’s key relievers for the Wild Card Series with the game being meaningless after the Atlanta Braves clinched the National League East title the night before. Since he threw 79 pitches in that outing, Williams was left off the postseason roster and had to watch from the sidelines as the Mets were eliminated from the postseason by the San Diego Padres in three games.

Williams was one of the Mets’ most underrated players throughout the season as his swingman work was invaluable to the bullpen. The fact that Williams was also able to start nine games for the Mets was invaluable given the extreme amount of doubleheaders they ended up playing thanks to rainouts and the condensed schedule as a result of the lockout delaying the start of the regular season by a week.

The Mets were interested in retaining Williams but he was able to land a two-year deal with the Washington Nationals, which makes more sense for him as it gives Williams an opportunity to become a regular starting pitcher again. Williams’ departure creates an opening for that swingman role in the bullpen which the Mets could attempt to fill with either Joey Lucchesi, who is returning from Tommy John surgery and may be on an innings limit for 2023, or newly acquired Elieser Hernandez.

Stay tuned to Metstradamus for more offseason coverage of the New York Mets!