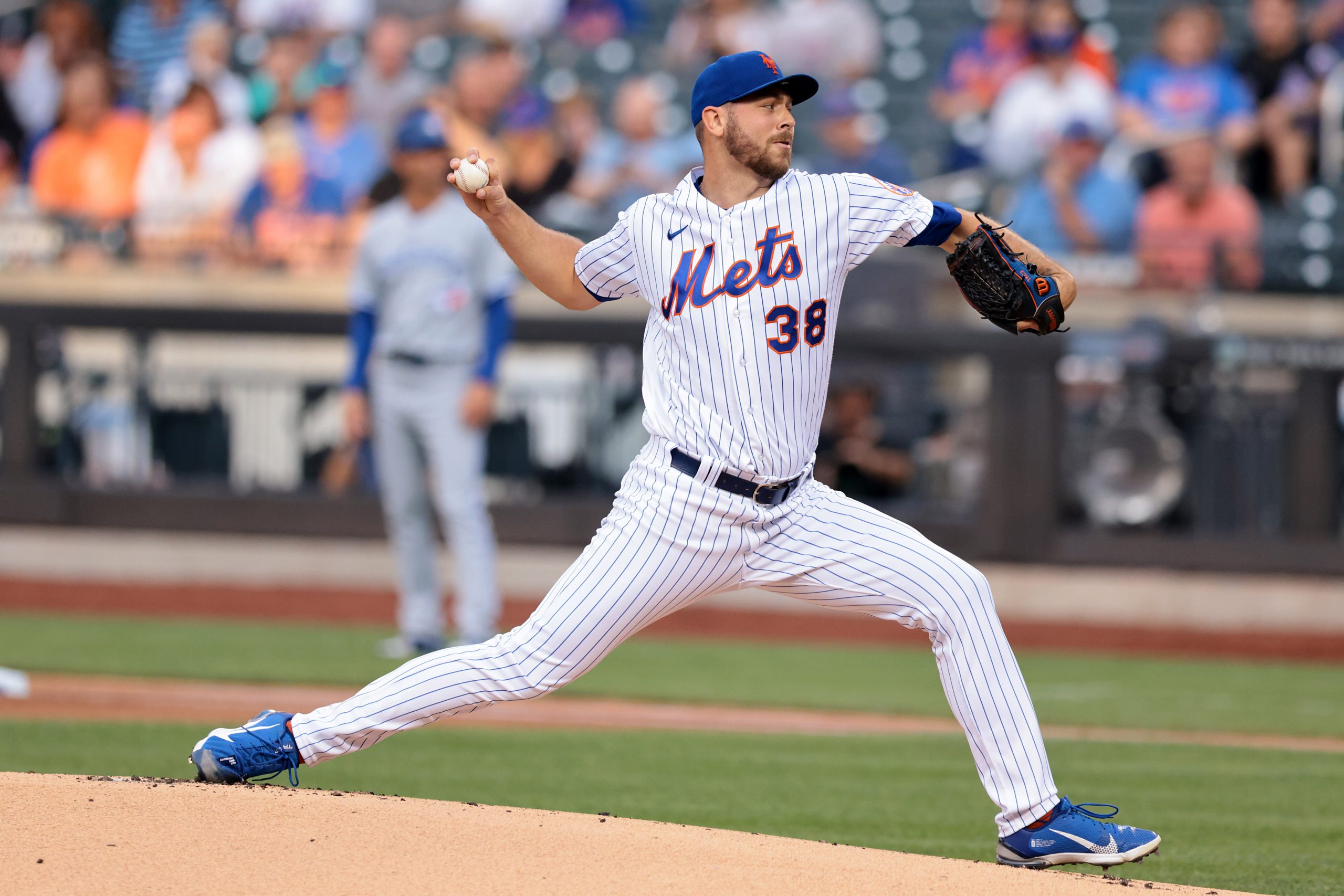 Now that the 2022 season is over for the New York Mets, we have been looking back at the year that was. After taking a more general view of the offense, pitching, and coaching staff, it’s time to take a deeper dive into the Mets’ players. This series will take a look at every player on the roster for the Mets at the end of the season from A (Pete Alonso) to W (Trevor Williams). The review will look at their season statistics, stories, and what role (if any) they will have next season. We continue the series today with a look at starting pitcher Tylor Megill.

Story: After making a solid debut in the 2021 season, the Mets weren’t expecting much out of Tylor Megill since their starting rotation was full entering spring training. Things changed at the end of camp when Jacob deGrom suffered a stress reaction in his shoulder, creating an opening in the rotation that had to be filled on very short notice. Megill ended up taking deGrom’s scheduled Opening Day start against the Washington Nationals and pitched very well, allowing three hits over five shutout innings to pick up a win. That effort would be the first of four victories in April for Megill, who also started the Mets’ combined no-hitter against the Philadelphia Phillies on April 29.

Injuries took hold for Megill after that, however, as he missed about a month after suffering biceps tendinitis in mid-May. Megill came back in June and made just two starts before landing back on the IL with a shoulder strain that cost him three months of action. The Mets decided to convert Megill to the bullpen since they were running out of time to build him up as a starter and he returned in mid-September with a string of so-so appearances. That performance was enough to help Megill crack the postseason roster but he did not pitch in the Mets’ Wild Card Series loss to the San Diego Padres.

Megill was an important part of the Mets’ early success but injuries really short-circuited his season. The move to the bullpen also did not work out as well as the team hoped.

The Mets once again have a full rotation but there are rumblings that the team is looking to deal Carlos Carrasco, which would open up a competition for the fifth starter’s slot between Megill, David Peterson and Joey Lucchesi. If a deal doesn’t materialize, however, Megill is expected to stay stretched out as a starter and begin the season with AAA Syracuse. Given the age of the Mets’ rotation, especially the top pair of 40-year old Justin Verlander and 38-year old Max Scherzer, it won’t be at all surprising to see Megill get big league starts again in 2023.

Check back tomorrow as our Player Review Series continues with a look at relief pitcher Bryce Montes De Oca!