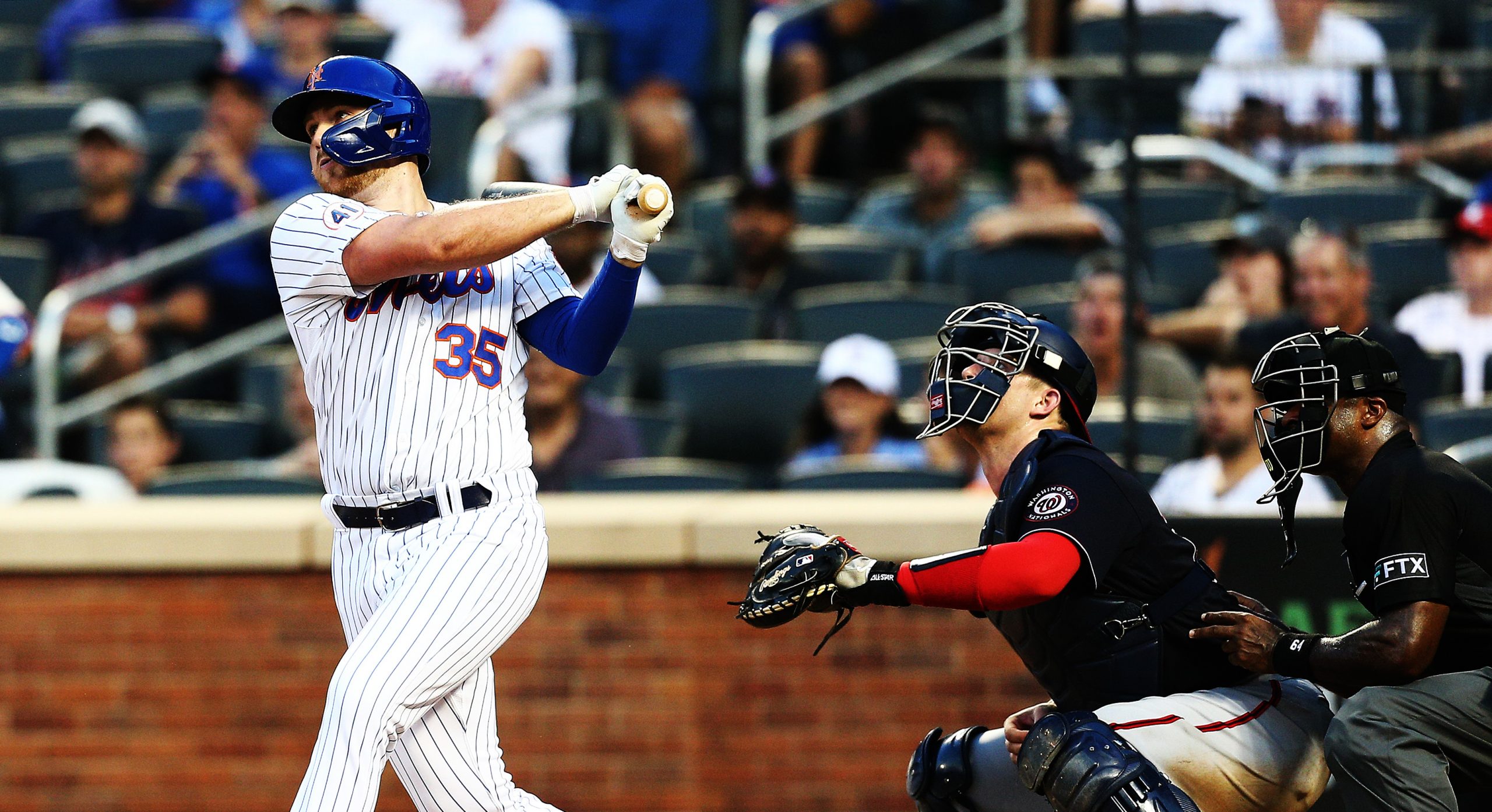 After there were reports that Scott’s talk ruffled some feathers in the Mets clubhouse, the team went out to finish their game that was suspended by rain on Tuesday. After Rich Hill gave up a run in the top of the second, the Mets clawed back to tie the game 4-4 in the 3rd on a single by Jeff McNeil, a groundout by Michael Conforto, and a double by J.D. Davis. But Hill gave up three in the 5th on a two run double by Luis Garcia, and a single by Riley Adams to dive in Hill’s run, who was Garcia, to make it 7-4 in favor of the Nationals.

It was right after that where I thought the key to the game happened. Obviously it’s good to avoid the shutdown inning after the other team scores three in the top half of the frame, so scoring a run in the bottom of the 5th was key. But it was the way they scored it that struck me. McNeil is on first with two outs and Conforto was up against Joe Ross. Conforto hit a bullet to right field for a single and McNeil, who was running on the pitch, was cruising into third. Now the usual modus operandi of Gary DiSarcina would be to set up a bed and breakfast at third base for McNeil to stay for the night. But DiSarcina either saw Juan Soto throw to ball into second (because no way DiSarcina would send home a player with a wonky leg), or he just got aggressive out of nowhere and sent McNeil home.

Now, if this was still the veteran Nationals team fighting for a division title, maybe they find a way to gun down McNeil at the plate. But it was Carter Kieboom handling the throw, and he hesitated which allowed McNeil to score easily before Conforto was caught in a rundown. I don’t want to plaster this to the narrative of “the Mets needed to be more aggressive”, but the Mets do need to be more aggressive, and that play, which nobody would have said boo about had DiSarcina held him up, was key because the Mets got away from their 2021 DNA a little bit, and it worked. Even if you want to pick your spots for aggressive play, the spots to pick are against rebuilding teams like Washington.

That play set up everything else, Whether it be the good work by the middle relief corps of Miguel Castro, Drew Smith and Trevor May limiting the Nationals to one hit in three innings, Pete Alonso’s RBI double in the 7th, Mason Thompson fielding a sac bunt and throwing it to College Point to score the tying run in the 8th, then the game winning bloop single later that inning by Brandon “Rusty Staub” Drury off the bench of Thompson to make it 8-7. Edwin Diaz then came in for the save and gave the Mets a 1-2-3 9th to seal it. That, along with the Phillies’ losses to Los Angeles last night and tonight brought the Mets back to within one game of the division lead, as the second game of Wednesday’s makeshift nine inning/seven inning doubleheader was rained out.

I have no idea if Zack Scott’s zoom manifesto made a difference. If it did, we’ll notice it in the coming days and weeks. But in any direction, the Mets need to take further advantage of the fact that they have the Nationals while the Phillies are dealing with the Dodgers. That all turns around on Friday as the Dodgers come to Citi Field while the Braves draw these Nationals. Any ground the Mets can catch on Thursday will be a big help going into the two weeks the Mets have with the Dodgers and Giants. And if somehow they can survive that, the schedule has a lot of Nationals and Marlins games on it. But Thursday will be a huge building block towards that.