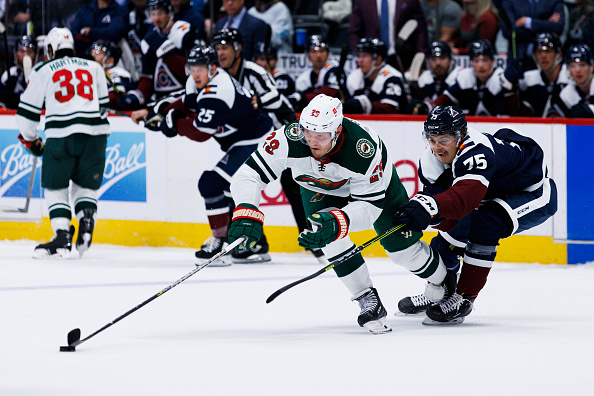 To all Minnesota Wild fans out there, was this the best week during the regular season in franchise history?  Seriously, it started out with their team making plenty of notable splashes at the NHL trade deadline and then winning three games in overtime including Sunday’s 3-2 overtime thriller against Central Division-leading Colorado.

First let’s talk about tonight’s game against Colorado.  The Wild, coming off a hard-fought overtime win the previous night against Columbus were expected to appear at least a little fatigued.  Instead Minnesota made Colorado work for every inch of ice and time and space was hard to come by almost the entire game.

You could sense a physical intensity of a team desperately wanting to show Colorado it wasn’t going to be intimidated or wow’d by their tremendous collection of talent.  It wouldn’t be Oscars night without a film reference but at times the Wild resembled an old Rocky movie.

Not the training montage, but rather the first few rounds where Rocky normally was just a human punching bag while he just hoped to survive.  This was especially true of the 2nd period where the Wild were out shot 14-6 but the Wild managed to score late in the period.

Like Rocky, it was about weathering the set backs and finding a way to succeed through sheer persistence.  Mats Zuccarello would make a great pass to Ryan Hartman who roofed a shot over a sprawling Darcy Kuemper to tie the game.

In overtime, the Wild took full advantage of the extra ice with the man advantage as they set up Kevin Fiala for a one-timer that blazed by Kuemper to give Minnesota the victory and another critical 2-points in the standings.  Cam Talbot was equally impressive, coming up with some tremendous saves to keep Minnesota in the game.

Speaking of Talbot, he’s only gone 8-0 in his last 8 starts (knock on wood).  Talbot’s strong play may have surprised some who perhaps had written him off after the Minnesota Wild made a trade for Marc-Andre Fleury earlier in the week.

Fleury had his own moments that impressed fans as he too kept Minnesota in the game against Columbus long enough for the team to rally to a victory.

He wasn’t the only player the team acquired this week as the Wild made deals to bring in rugged winger Nic Deslauriers who thundered his way into the hearts of fans, as well as Jacob Middleton who didn’t hesitate to throw his weight around either.  I talked more about the trade deadline day moves with Joey Awaijane of Brave the Wild and you can listen to the podcast here.

So far, three full games into the ‘new look’ Wild not too shabby eh?

Of course, Minnesota cannot afford to rest on its laurels as the playoff race in the Western Conference is very tight.  The next few weeks should be very interesting to say the least.

What did you think of this week’s slate of games for the Minnesota Wild?  Tell us on Twitter at @CreaseAndAssist!

“May the force be with you, always.”  You don’t have to be a science fiction fan to be familiar the origin of that phrase, the iconic movie Star Wars.  Like many of us 40-somethings out there, we have a deep affection for the film and professional sports teams love a good theme night, so why not Star Wars?

Nostalgia aside, the Iowa Wild had to hope their ‘Yoda’ Wild jerseys would bring them good luck against a familiar foe as the Rockford Ice Hogs made their way to Des Moines. 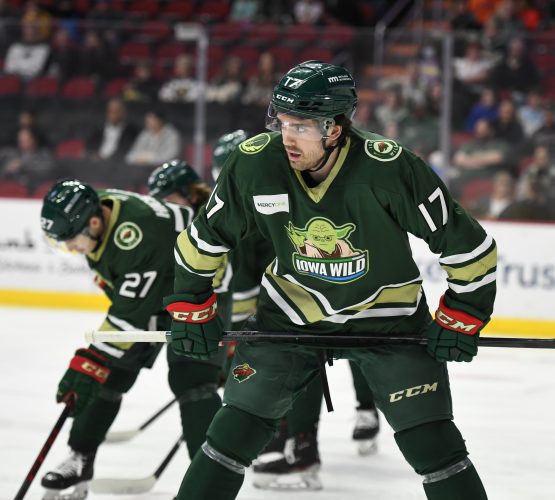 Theme nights can bring out the worst in jerseys, like Milwaukee’s Bob Eucker sweaters would attest to, but these were maybe the sharpest sweaters Iowa’s ever seen.

Rockford held Iowa scoreless through the first period, but the Wild would get after it in the 2nd period with four goals.  Adam Beckman, Mitchell Chaffee, Bryce Gervais and Kyle Rau all found the back of the net to give Iowa a 4-2 lead going into the 3rd.

Unfortunately, Iowa could not manage to add to its lead in the 3rd and this gave the Ice Hogs a chance to put together a comeback effort.  Evan Barratt started it off by scoring his 2nd goal of the night and then late in the game Brett Connolly banged home his 2nd goal of the game from just above the blue paint in front of Zane McIntyre sending it to overtime.

In overtime, it was the Wild’s Mitchell Chaffee who did his best Luke Skywalker ‘trench run’ impression by racing into the Rockford zone before beating Arvid Soderblom with a snipe right ‘into the exhaust port’ to win the day for Iowa.

Giving up an overtime point against the Rockford Ice Hogs may come back to haunt them (sort of like Darth Vader escaping before the destruction of the Death Star), but that’s all water under the bridge at this point and fans should just relish the overtime victory as much as they can. 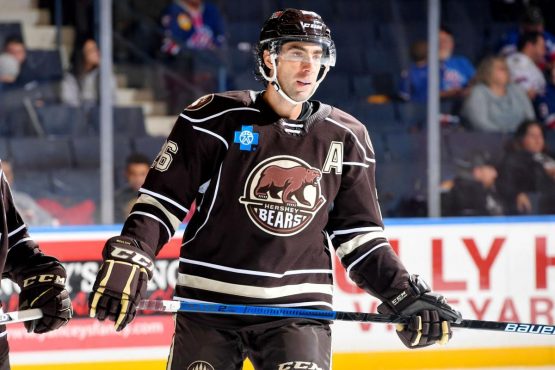 Since it was the week of the NHL Trade Deadline, I thought it might be only appropriate to talk about a former Wild player who was a part of the major deadline line deal.  In 2014, the Minnesota Wild traded two 2nd round picks and Torrey Mitchell for Matt Moulson and rugged winger Cody McCormick.

Moulson had 6 goals, 7 assists in 20 regular season games with the Minnesota Wild after the trade, however he was disappointing in the playoffs where he had just a goal and two helpers in 10 playoff games.

After the Wild let Moulson walk that summer, he would return to play 3 more seasons with the Buffalo Sabres before falling out of the NHL altogether midway through the 2017-18 season.

Unlike many players who are tempted to take their game to Europe for the twilight of their professional career, Moulson stayed in North America playing with the Los Angeles Kings’ American League affiliate the Ontario Reign where he was a fan favorite.

Former Cornell star has played the last 3 seasons with the Hershey Bears where he currently serves as their team captain (and still a fan favorite) at the age of 38.  He has 5 goals, 12 assists, 17 points in 24 games this season.

D – Carson Lambos (Winnipeg, WHL) ~ Ice’s alternate captain has been on fire lately and that continued Saturday night as he had a goal and an assist on 3 shots in Winnipeg’s 5-0 victory over the Wheat Kings.  On Wednesday, he would chip in two more assists on 4 shots in Winnipeg’s 4-2 win against Saskatoon.  Lambos has 11 goals, 31 assists, 42 points, 51 PIM’s, +33 in 42 games.

LW – Vladislav Firstov (UConn, H-East) ~ Yaroslavl, Russia-native had the lone goal in UConn’s 2-1 loss to UMass in the Hockey East Championship game.  Firstov finishes his junior season with 12 goals, 11 assists, 23 points 18 PIM’s and +10 in 35 games.  The 2nd round pick (42nd overall) from 2019 was signed to an entry-level deal and will most likely report to Iowa.

D – Simon Johansson (Ilves, Sm-Liiga) ~ Swedish-born defenseman is having a great season in Finland and he added two assists in Ilves’ 2-1 victory over Vaasen.  Johansson has 8 goals, 23 assists, 31 points, 20 PIM’s and is a +5 in 58 games.

C / LW – Sam Hentges (St. Cloud State, NCHC) ~ Former Totino-Grace star had a goal and an assist in the Huskies’ 5-4 loss to Quinnipiac in the NCAA tournament on Friday night.  Hentges finishes his senior year with the Huskies with 12 goals, 10 assists, 22 points, 19 PIM’s and is a +7 in 20 games.

NCAA Men’s Hockey Tournament:  The NCAA regional tournaments played their way out this weekend across the country.  Atlantic Hockey, ECAC and Hockey-East were bounced from the tournament as their teams failed to qualify for the Frozen Four.