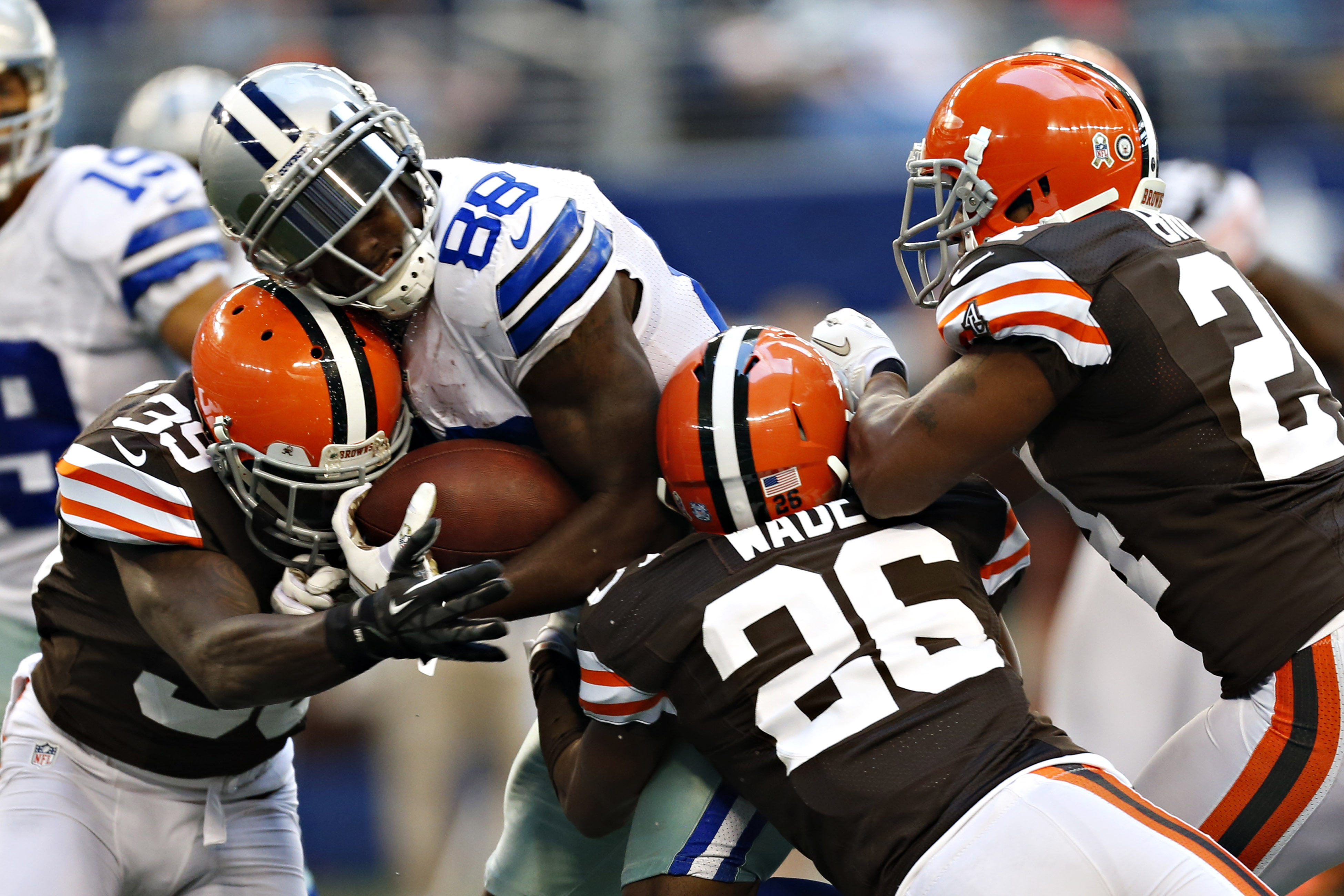 Cleveland Browns center Cam Erving and Dallas Cowboys defender David Irving were both tossed from Sunday’s game on the opening drive for fighting.

Erving, who has struggled all year, got knocked around and didn’t take too kindly to it. Irving actually lost his helmet in the brief altercation.

Officials were quick to get the game back under control by ejecting both:

Browns center Cam Erving went after David Irving during the play….David Irving ended up on top of him, wouldn't get up..both threw punches

Punches thrown leads to immediate ejections in in the NFL. It looked like Erving also tossed Irving’s helmet, which is about as confusing as it sounds.

It’s hard to say which team the ejections hurt more. The Cowboys don’t presumably need much help against Cleveland’s offense. The Browns, though, weren’t getting much from Erving, who hasn’t lived up to expectations:

Cam Erving just got kicked out, 2 min 16 sec. into the game. Great contribution from the 19th overall pick in 2015.