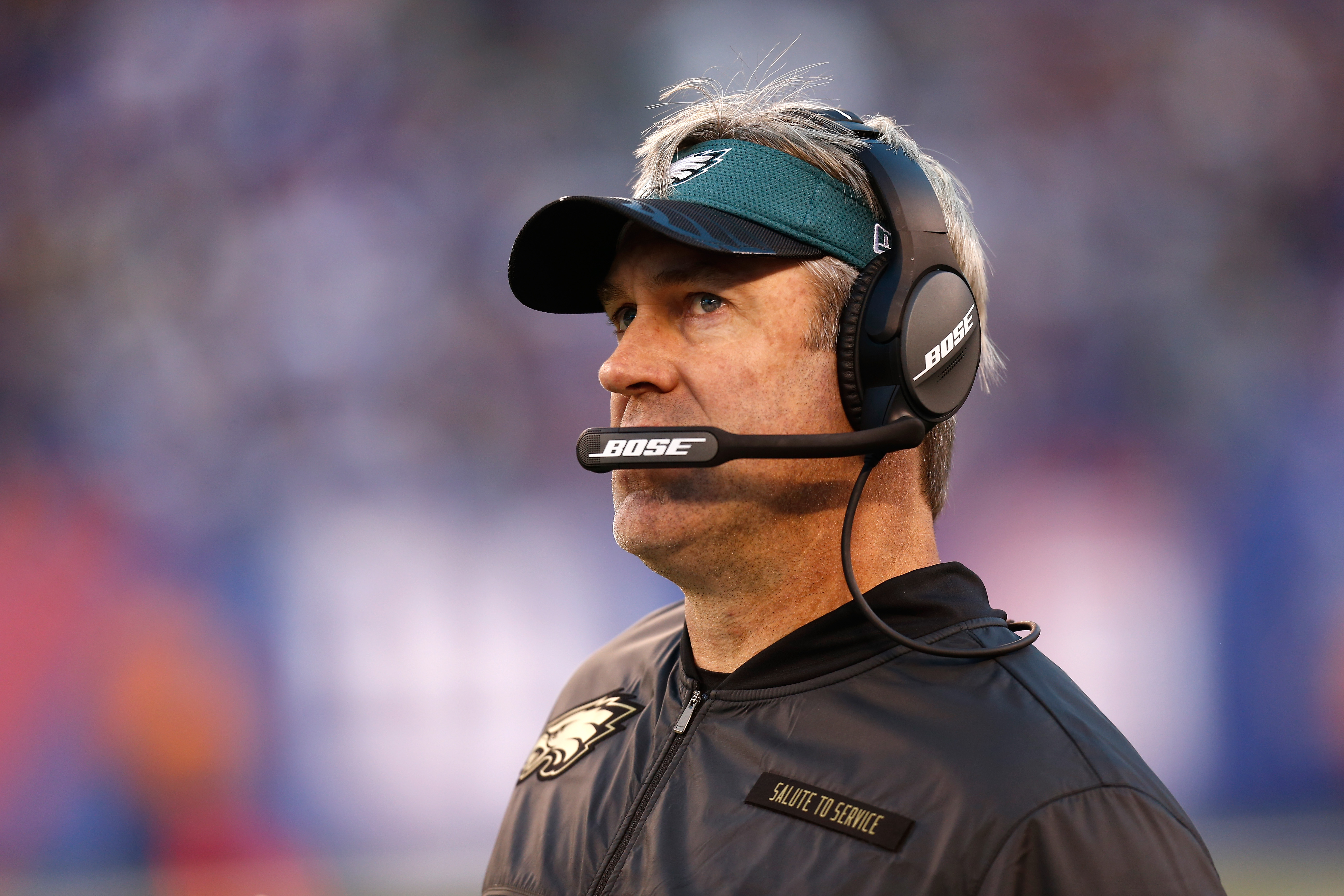 Knowing the Xs and Os is only part of being a football coach.

NFL coaches spend countless hours every week studying film to prepare for their next opponent. Perhaps they should carve out an hour or two for an assistant to quiz them on various game situations, because every week at least one coach is going to make a bad move that factors into a loss.

Week 9 was no different.

Bills running the ball on 3rd and 21

The Bills were hurt by officiating mistakes more than coaching mistakes in Monday night’s 31-25 loss at Seattle.

Richard Sherman got away with roughing Bills kicker Dan Carpenter at the end of the first half. Carpenter missed a 54-yard field goal, but he should have had a chance to kick a shorter one.

Had Sherman been flagged for roughing, the Bills might have needed just a field goal and not a touchdown on their last possession of the game. But a better play call with four minutes left also could have put them in that situation.

The Bills were down six points when they stared at a 3rd-and-21 from the Seahawks’ 43.

So what did they do?

Tyrod Taylor handed the ball off to LeSean McCoy, who lost two yards, and the Bills had to punt.

Had the Bills (4-5) thrown the ball, they might have been able to reach Carpenter’s field goal range even if they didn’t get the first down.

After punting, they stopped the Seahawks and reached their 7-yard line with a minute left, but it did them no good and they lost the ball on downs.

The Bills out-gained the Seahawks (5-2-1) 425-278 and possessed the ball for more than 40 minutes, but all they had to show for it was their third straight loss.

Dirk Koetter got The Week in Coaching Mistakes off to an early start in Thursday night’s 43-28 home loss to the Falcons.

The Falcons (6-3) led the Buccaneers 10-7 early in the second quarter. On third down from the Tampa Bay 23, Falcons offensive lineman Andy Levitre was called for a facemask.

Most coaches would accept the penalty and move the Falcons back to the 38 to face a third-and-22. Instead, Koetter declined the penalty. So on fourth down, Matt Bryant kicked a 41-yard field goal.

If the Bucs (3-5) had taken the penalty, the Falcons probably would have passed. If that pass fell incomplete, Dan Quinn would have had to decide between punting and sending Bryant out for a 56-yard field goal attempt. Bryant’s career long is 62 yards, but that was 10 years ago. His second-longest made field goal was 55 yards.

By declining the penalty, Koetter basically conceded three points because he didn’t think his defense could hold the Falcons to zero points on the drive. He was probably right, but he has to give his defense a chance to try.

Eagles going for it on fourth down twice in second quarter

In a matchup of first-year head coaches Doug Pederson and Ben McAdoo, Pederson looked like more of a rookie as the Giants defeated the Eagles 28-23 at MetLife Stadium.

The Eagles went for it on fourth down twice when they were in field goal range in the second quarter. The first time, the Eagles trailed 14-3 and were looking at fourth-and-2 from the Giants’ 27. Carson Wentz sold a fake handoff to Darren Sproles about as well as Christmas trees sell in June and then failed to pick up the two yards himself.

The next fourth-down attempt came with just under four minutes left in the first half and the Eagles down 21-10. This time, on fourth-and-1 from the Giants’ 6, Sproles was stuffed for no gain.

Caleb Sturgis did have a 40-yard field goal blocked in the game, but had he been given the opportunity to kick a 44- and a 23-yard field goal in the second quarter, the Eagles (4-4) could have won the game 29-28.

Mike Zimmer was looking like a Coach of the Year candidate when the Vikings started the season 5-0.

Now, the Vikings have lost three in a row and Zimmer was out-coached by Mr. Hot Seat Jim Caldwell in the final minutes of regulation in the Lions’ 22-16 overtime victory.

Caldwell successfully lobbied to have two extra seconds put on the clock when the Lions called their last timeout with 1:11 left. Without those two seconds, Matthew Stafford wouldn’t have had time to spike the ball and allow Matt Prater to kick the 58-yard field goal that sent the game into overtime.

Zimmer helped the Lions, too, by calling timeout with 27 seconds left. It was third-and-goal from the Lions’ 1-yard line after two one-yard gains. The Vikings might have needed to regroup. So while the timeout wasn’t a bad decision, it turned out to be a costly one.

The visiting Lions (5-4) won in overtime when Stafford threw a 28-yard touchdown pass to Golden Tate on the first possession. Caldwell’s seat is a little cooler this week, and Zimmer is among the people he can thank for that.

Mike McCarthy’s difficulty with math is the least of the Packers’ problems right now, but he might want to learn that two-point conversion chart because it might come in handy if Green Bay is fighting tooth and nail for a playoff spot later in the season.

Remember when Green Bay named a street after Mike McCarthy? The city probably didn’t think he’d lose at home to the Colts

The Packers (4-4) dropped to third place in the NFC North with Sunday’s 31-26 loss to the Colts at Lambeau Field. They trailed 31-13 in the fourth quarter when Aaron Rodgers threw a touchdown pass to Davante Adams with 7:40 left. That made it 31-19, and the Packers went for two and failed.

McCarthy didn’t need to go for two. The standard extra point would have brought the Packers to within 11, giving them the potential to tie the game with a touchdown, a two-point conversion and a field goal. Because they passed up the relatively easy point, the Packers still needed two touchdowns.

Still, going for two with a 12-point deficit was an unnecessarily desperate move by the Packers.