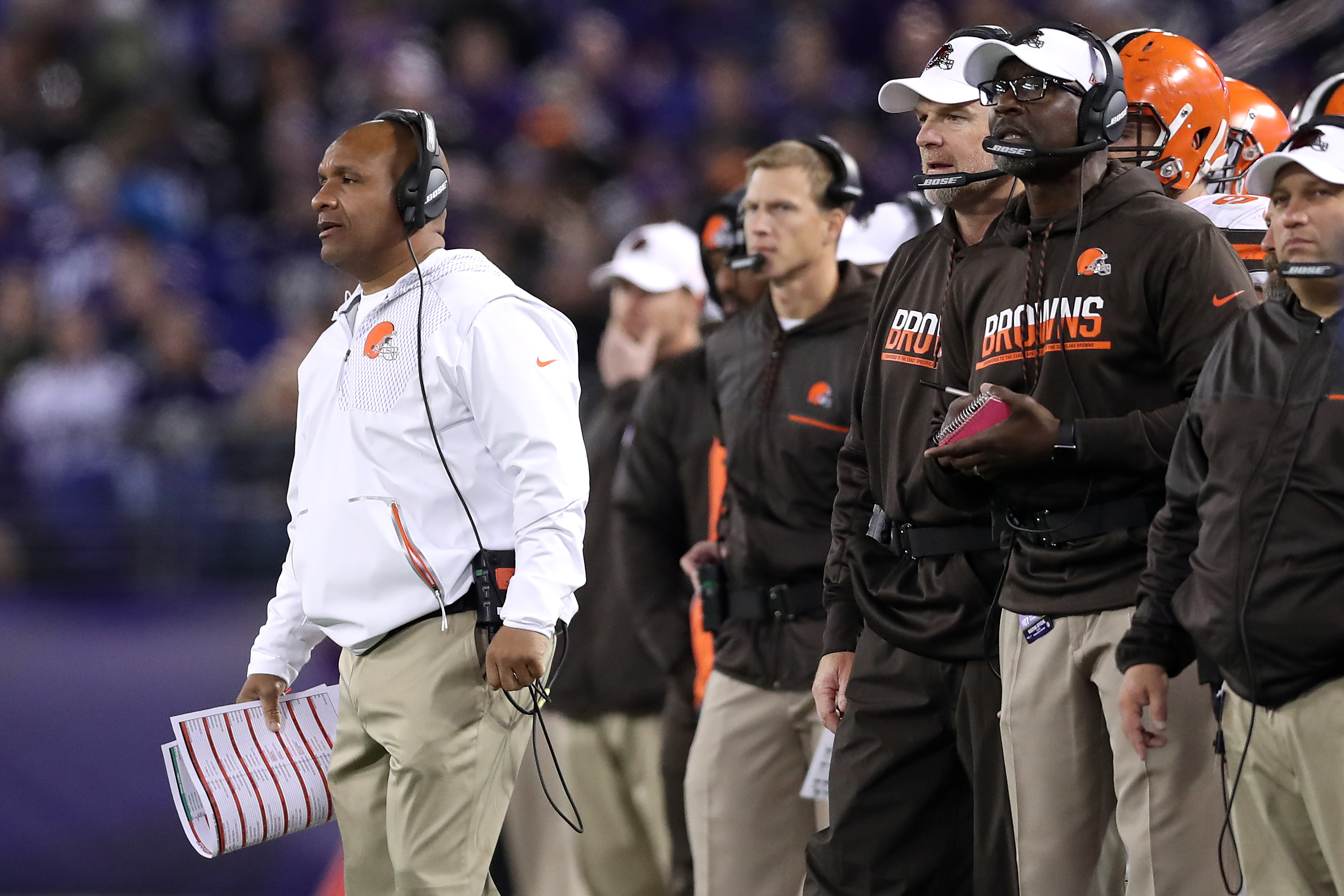 Why all the long faces in the Dawg Pound?

Just not this year.

Cleveland dropped to 0-10 with Thursday night’s 28-7 loss at Baltimore. The franchise’s all-time record fell to 461-461-10 according to Pro Football Talk.

The Browns once were a model franchise. They originated as an All-America Football Conference team in 1946, winning all four of the league’s championships during its existence. The Browns then joined the NFL and won championships in 1950, 1954, 1955 and 1964.

Then Bernie Kosar came to town and the Dawg Pound rose to prominence as the Browns made the playoffs for five straight years. After losing the 1989 AFC championship game at Denver, however, there have been just two playoff appearances, the most recent being 2002.

They can get a little redemption, however, and provide some hope for the future if they beat the Steelers at Cleveland on Nov. 20.

It could happen. The Steelers (4-4) have been vulnerable to inferior opponents in recent years. They lost to a 5-11 Ravens team last season and nearly blew their playoff berth because of it. They lost to the 4-12 Jets and the 2-14 Buccaneers at home in 2014.

They also lost to a 1-11 Browns team at Cleveland on a frigid Thursday night in 2009.

The Steelers will be coming off what figures to be a tough assignment against the Cowboys (7-1) while the Browns have three extra days to prepare for the Week 11 game against their most bitter rivals.

A win would give the Browns something to hang their hat on amid this lost season, and they’d once again have an all-time winning record.