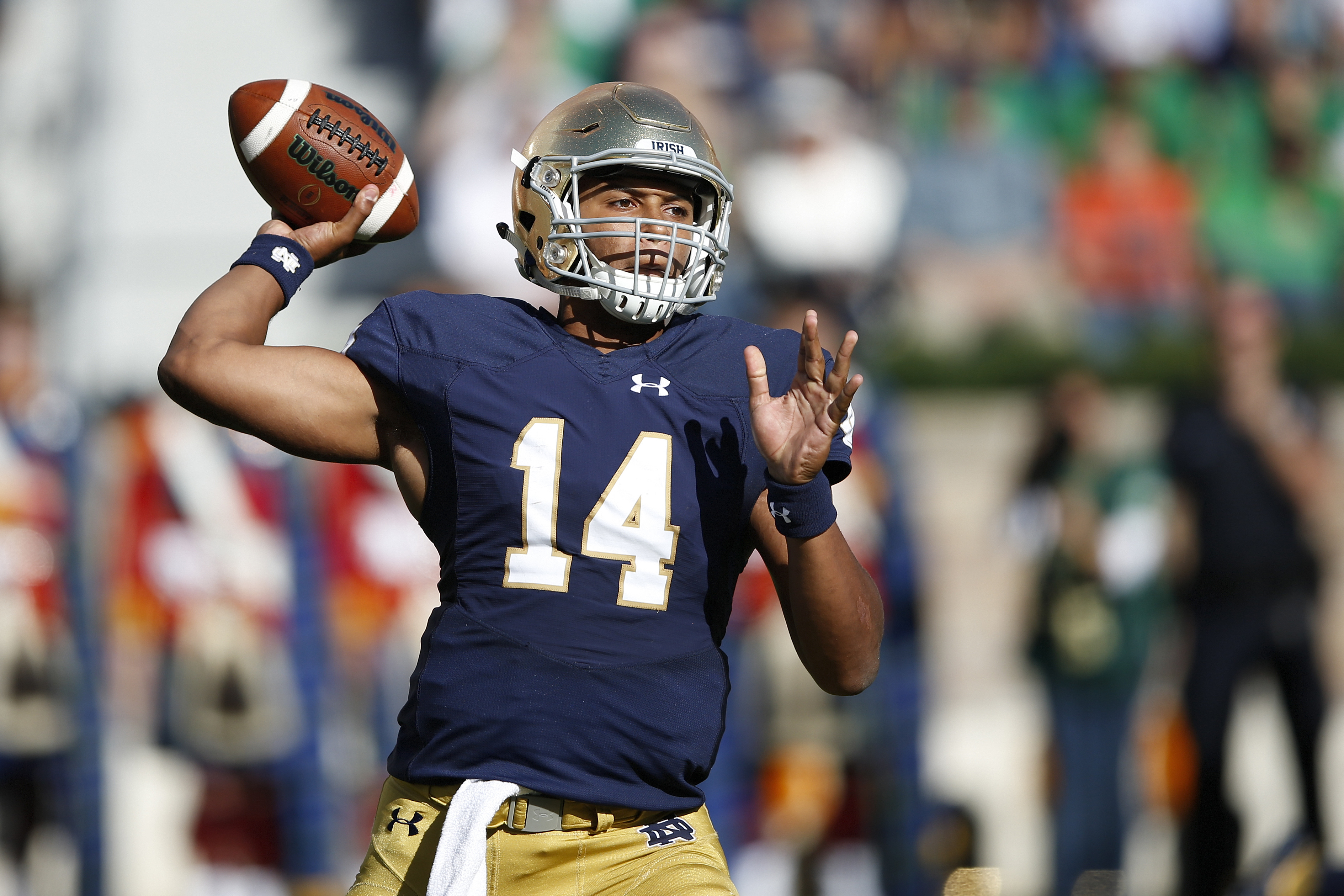 The San Francisco 49ers are in desperate need of a signal-caller, now that Colin Kaepernick has opted out of his contract.

New head coach Kyle Shanahan will have a chance to start fresh and draft/mold the quarterback he believes will fit his offense, which means the team will likely target a fairly mobile quarterback with a strong arm that can throw downfield.

General manager John Lynch and others met with DeShone Kizer on Wednesday night, and things seemed to go pretty well.

“I’m excited about it,” Lynch told reporters Thursday, via USA Today. “I’m sure there will be a lot of different opinions as there always will be. Last night we had an interview with DeShone Kizer. This whole thing is not about an interview, but if we’re grading him on that alone, he blew the doors off of it. He’s an impressive young man. His film is impressive, too.”

The 49ers own 10 picks in the draft, including the second overall selection, so they’d certainly be able to take Kizer if they feel he’s their guy.