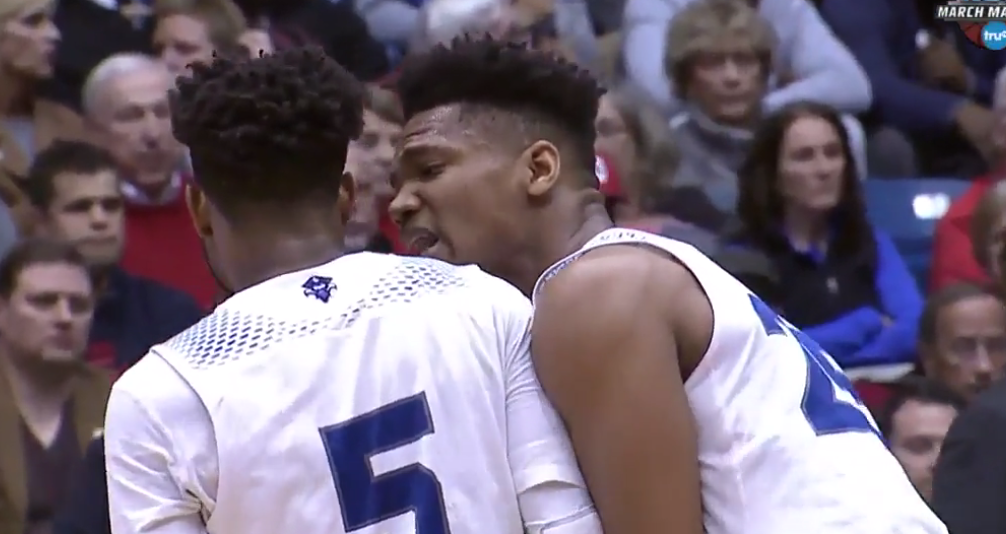 Thibodeaux tried to talk to Gill during a timeout, and wanted to inform the guard that he had been getting open so he should be getting more looks, but wasn’t getting through to him. So then he tried yelling at him, which didn’t work either.

Then he put his hands around Gill’s next and tried to choke him, which wasn’t a good idea.

New Orleans went on to lose in heartbreak fashion, 67-66.