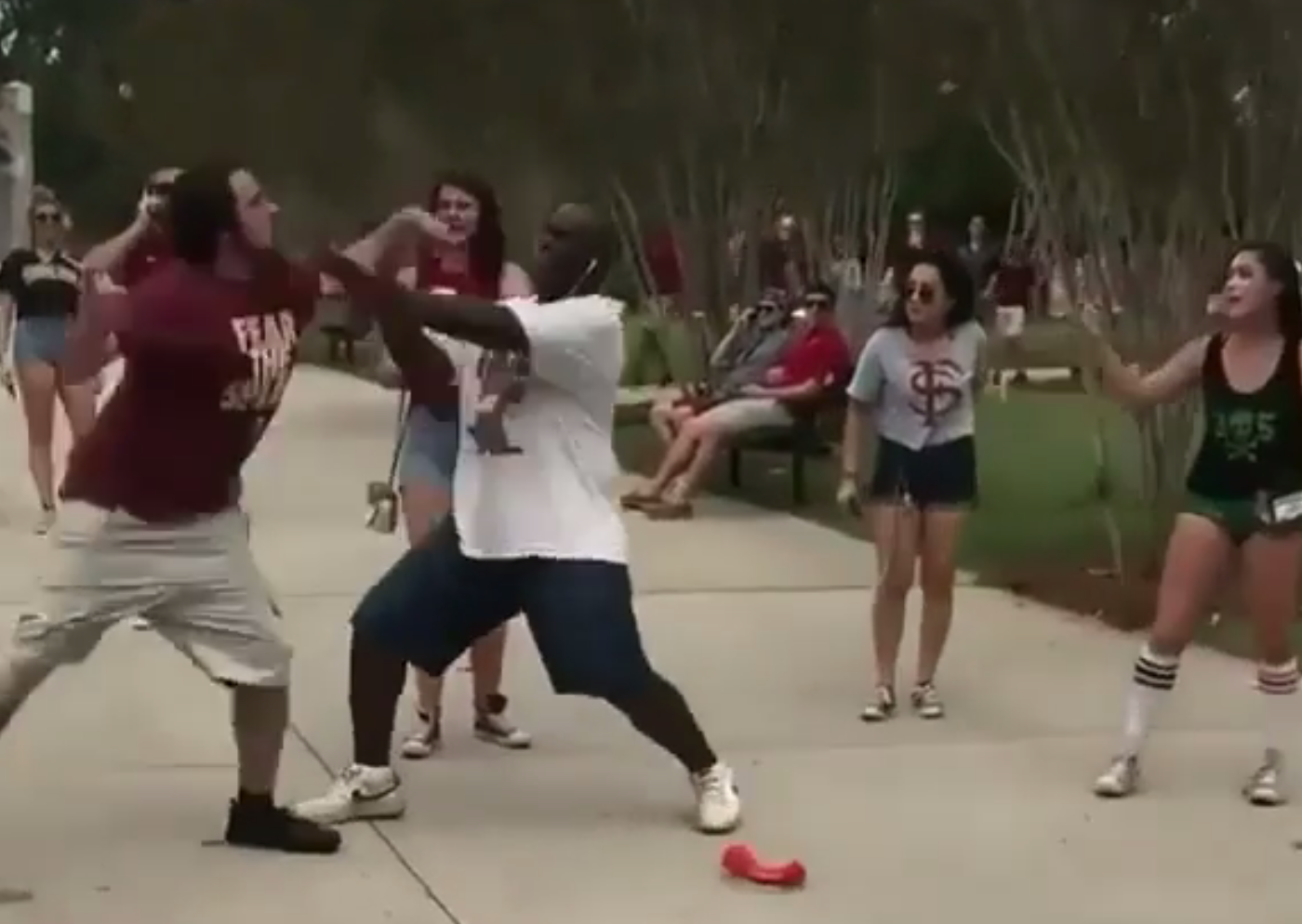 Miami and Florida State are interstate rivals, so it’s always lit when the two teams square off — before, during and after games.

The tailgates are especially fun. This particular year’s event featured some nice weather, and a Florida State fan poking the bear — otherwise known as a Miami fan.

It didn’t take long before the two got into a brief fistfight, with the Hurricanes fan clearly the victor. The Seminoles fan then ran away — tucking his tail between his legs — and took his foe’s hat with him. He then wiped it on his backside, which is pretty dumb, given that he clearly lost the fight.

The Canes fan won the fight, but lost a hat in the process. Hopefully he doesn’t attempt to wear it again.