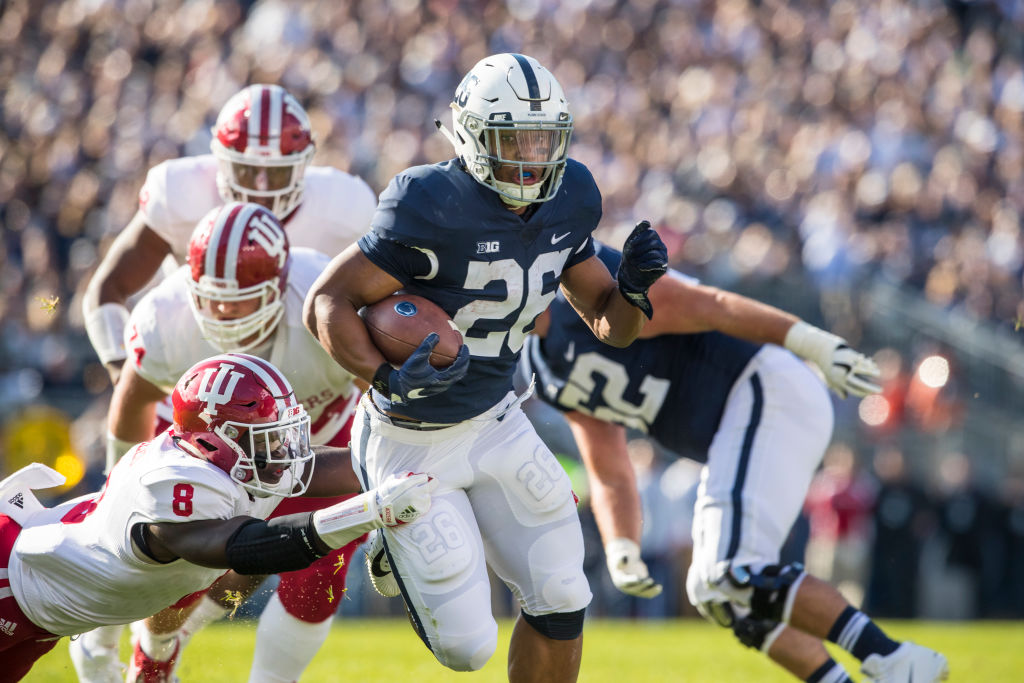 It did not take long for No. 2 Penn State to get on the scoreboard first in Saturday’s pivotal Big Ten matchup against No. 6 Ohio State. Outstanding running back and Heisman Trophy Award candidate Saquon Barkley received the opening kickoff inside the five-yard line and proceeded to return it for 96 yards for a touchdown.

Saquon Barkley returns the opening kickoff for a touchdown vs Ohio State. https://t.co/IAIRs8vPTq

The junior running back has been head and shoulders above the competition this season. With this latest touchdown, Barkley has now scored in 15 consecutive games. Many people were shocked to see that head coach James Franklin would be putting his special running back on kick coverage this season.

However, it has worked to his advantage because this is now the second time Barkley has gotten Penn State off to a good start in a game. Earlier this season, Barkley returned the opening kickoff 98 yards for a touchdown against Indiana Hoosiers in Week 5.

If it means anything, the Nittany Lions went on to win that game 45-14 so it could be a good omen for them against the Buckeyes.