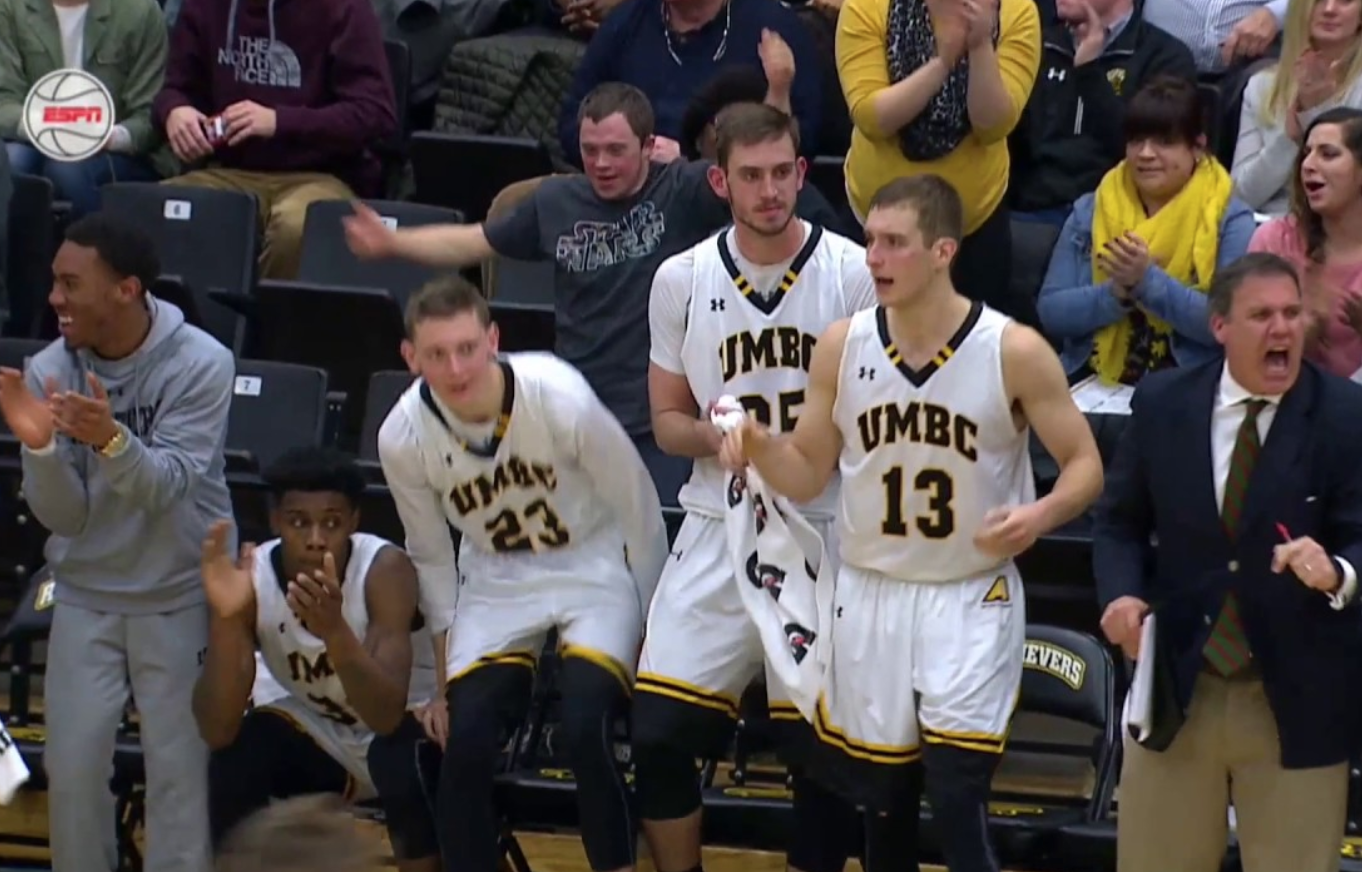 A No. 1 seed had never lost to a No. 16 seed in NCAA Tournament history — until Friday, that is.

UMBC proved that they could play on the big stage, upsetting UVA in Friday night’s Round of 64 matchup. The Retrievers entered the halftime break tied with the Cavaliers at 21, and their confidence just continued to grow as the game progressed.

UVA, touted by many as the best defensive team in the country, looked anything but on Friday. It was the Retrievers that controlled the glass — by a 33-24 rebounding margin — and ensured the Cavaliers couldn’t get second-chance opportunities after missed shots. Not only that, UMBC shot the ball extremely well from the perimeter, hitting 12 of 24 three-pointers it attempted.

All in all, UMBC’s 74-54 win was easily one of the biggest upsets in NCAA Tournament history, and the game will be talked about for years to come. The Twitterverse certainly had plenty to say about it — with plenty of memes and great reactions — which you can see below.

Biggest upset in tournament history was in 2012 when Norfolk St beat Missouri as 21.5 point underdogs. Virginia was -22.5 against UMBC tonight.

Skip Bayless on Monday morning: how much Blame should Lebron take for the Cavs losing ?

C'MON GUYS, you crashed our dang website, our IT people wanna watch the game too, please form an orderly line

Virginia fans watching this one… pic.twitter.com/vC74jhqzZ4

Congratulations, Virginia you just became the biggest choke artist program in all of sports history pic.twitter.com/SgUkwMVCub

Baltimore gonna let up on the gas? pic.twitter.com/deL8AadYo8

It's fun to watch history as it's happening.

UMBC sure didn’t look like a 16-seed on Friday night, and conversely, UVA didn’t resemble anything close to a 1-seed. The Cavaliers may have taken the Retrievers lightly, and they paid for it.

All the credit goes to the Retrievers, though. They played hard from whistle to whistle, and earned the big win.