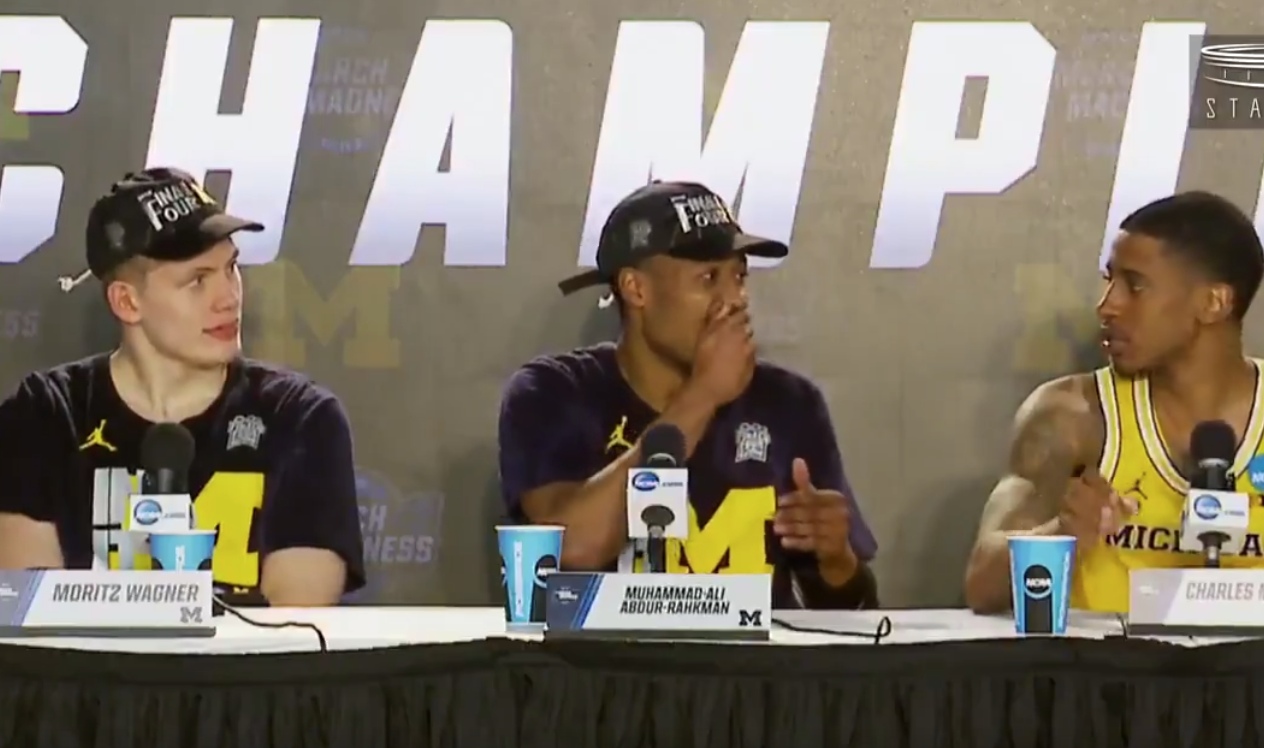 Sister Jean has essentially served as Loyola-Chicago’s mascot during its Cinderella run, and now that the Ramblers will be facing the Wolverines in the Final Four, Michigan’s players were asked how they felt about her following Saturday’s 58-54 win over Florida State.

Wolverines point guard Charles Matthews was the first to answer, and he stated that he didn’t know who Sister Jean was. It appeared that he was being sincere, and wasn’t trying to snub her in his response.

Michigan’s big man Moritz Wagner, who played a key role in Saturday’s win, offered a different type of answer. He apparently does know who Sister Jean is, and he offered a funny response to the reporter’s question.

“I know that she didn’t have Loyola-Chicago in the Elite 8,” Wagner said. “I know that.”

"I know that she didn't have Loyola-Chicago in the Elite Eight."

Wagner drew some laughs from reporters after delivering his response, and he continues to entertain both on and off the court. He also treated us to this great reaction during Saturday’s game.

Wagner vs. Sister Jean — who ya got?