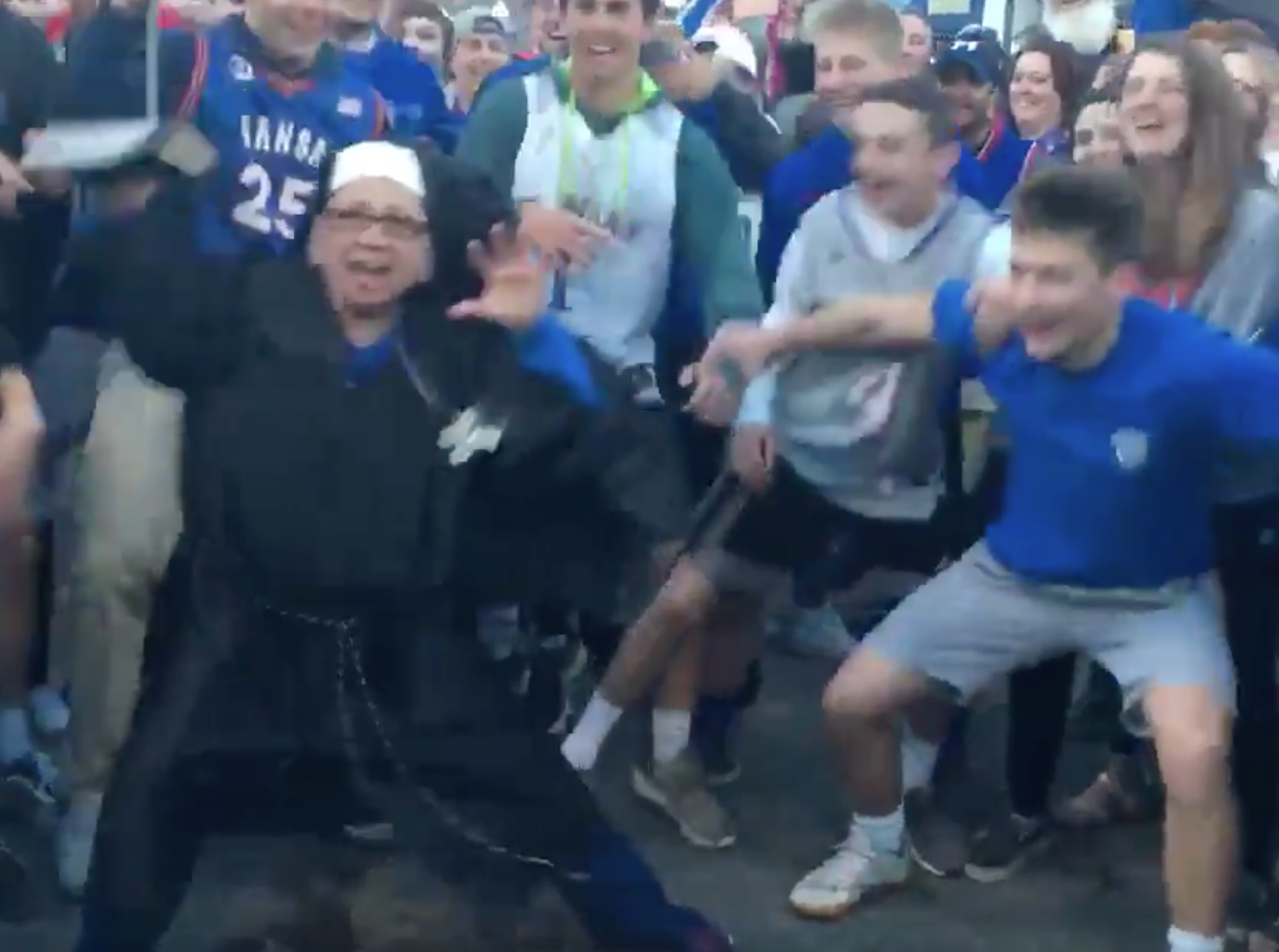 Sister Jean has taken the world by storm.

Fans either want to see what she says next, or they want to be her, or both, which we learned after Loyola-Chicago punched its ticket to the Final Four by defeating Kansas State on Saturday.

One particular fan — dressed in a nun costume to resemble Sister Jean — found herself in the middle of a dance circle following the big win. And she did not shy away from the moment, not at all. In fact, she embraced it.

Live from Mass St. KU fans. A woman in a nun costume. A dance circle. Then this happened. pic.twitter.com/nLvdnuUbNR