Vegas' Success Offers Salt In the Wound For the Minnesota Wild 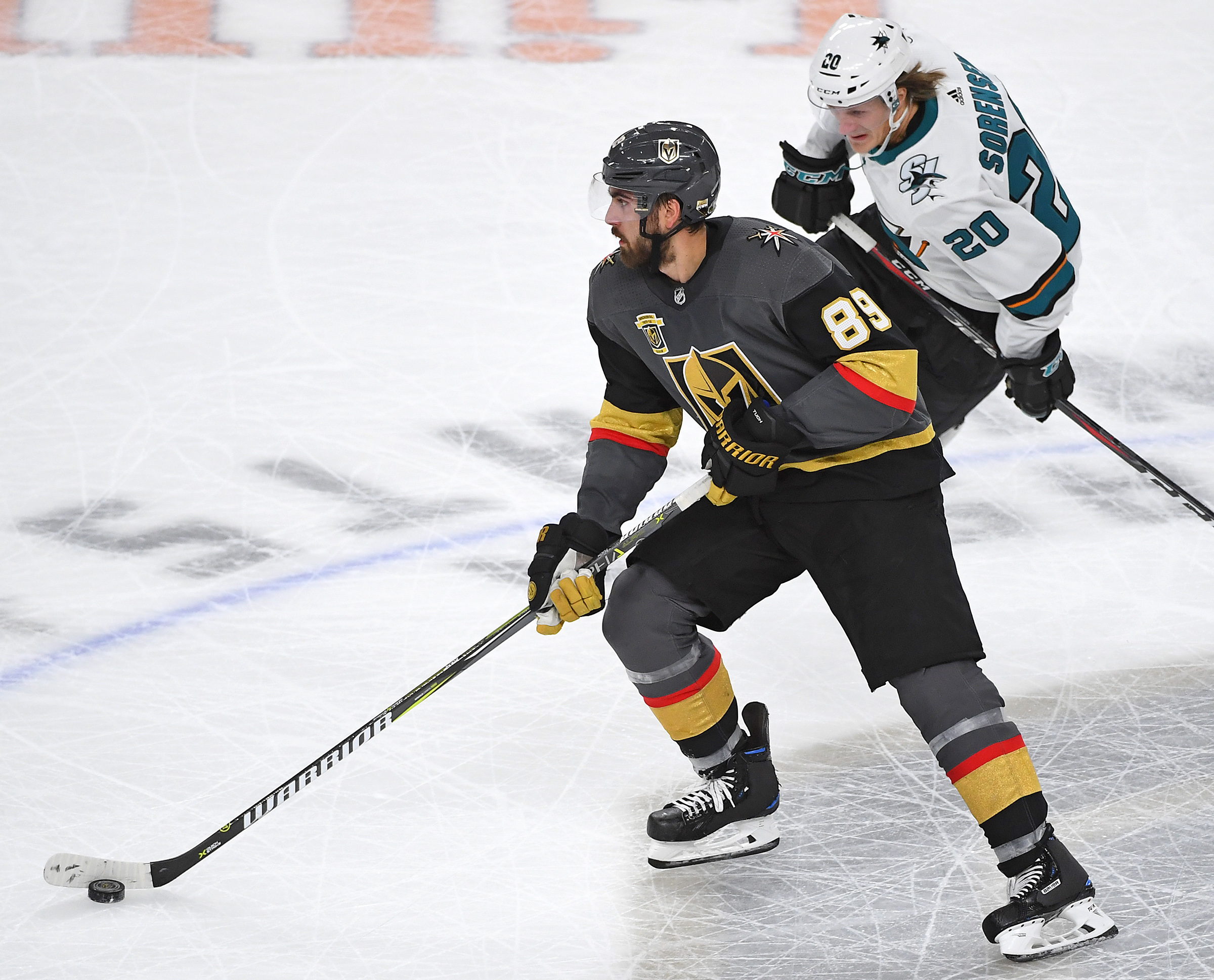 Vegas' Success Offers Salt In the Wound For the Minnesota Wild

Sports are full of defining moments.  These are the kind of moments where you remember where you were and can nearly recall the whole experience of witnessing this segment of sports history.  As a Minnesota hockey fan I won’t forget Matt Koalska‘s game tying goal in the 2002 NCAA National Championship game and then of course Grant Potulny‘s overtime game winner.  The same is true of the most celebrated goal in Minnesota Wild history in Andrew Brunette‘s overtime winning goal in Game 7 against the Colorado Avalanche.  But it isn’t always positive as I remember being 11 years old and watching the Gophers’ Randy Skarda ring a shot off the post in the 1989 NCAA game against Harvard only to lose the game in overtime.  If you’re not a Gopher Hockey fan as I am, I can bet you could fill in a number of positive and negative moments from your favorite team to fit the analogy.  The simple truth is, as sports fans you learn how to handle the good with the bad.

On Wednesday April 26th, the Vegas Golden Knights ambushed the San Jose Sharks with a 7-0 victory in Game 1 of the Western Conference Semifinals.  The Golden Knights looked fast, dynamic and supremely motivated but for Minnesota Wild fans they couldn’t help but notice how well former players Erik Haula and Alex Tuch played.  Didn’t catch the game?  Check it out.

So the #mnwild got rid of haula & tuch to protect brodin?

Now Tuch draws a penalty....rubbing it in #mnwild fans’ faces at this point #StanleyCup

As you can see from the Tweets above, fans didn’t fail to notice the strong play of both Haula and Tuch.  It has been an ongoing story all season in the wake of the NHL Expansion Draft this summer where the team sent both players to the Golden Knights to protect other players they didn’t want to lose like Matt Dumba, Eric Staal and Marco Scandella.  Scandella of course would be bundled with Jason Pominville to the Sabres as part of the Marcus Foligno / Tyler Ennis deal.  So the natural thing to do was to compare and contrast the production and return of these deals and it was clear the Wild didn’t get the better end of the deal.

As much as Haula and Tuch shined in the regular season they’ve been an x-factor for the Golden Knights in the post season and when you contrast it to the uninspired and passive effort of the Wild in the playoffs it stings that much more.  The Wild were allergic to working pucks to the middle of the ice and Tuch has been routinely charging through the middle of the ice (and the Sharks defense) with regularity against San Jose.  We didn’t see that kind of assertiveness from forwards like Charlie Coyle, Nino Niederreiter, Eric Staal, Mikael Granlund or Jason Zucker.  Not even close.  I don’t think Haula and Tuch are spending any time thinking about their former club to inspire their strong play, they are simply playing to their ability while Minnesota’s forwards didn’t appear like a team that wanted to be there.

“I think it was a good message from (Wild owner Craig Leipold) as far as just making sure everybody does a little bit more, including himself, and gets better throughout the summer and make sure every guy brings a little bit more to training camp next year.” ~ Jason Zucker

The Golden Knights also offer another painful ‘what if’ in the strong play of defenseman, former Golden Gopher Nate Schmidt.  I don’t know any member of the Minnesota Wild scouting staff, but I lobbied unsuccessfully for 3 years to have the Wild draft Schmidt.  About that scouting staff, are we finally going to see some changes?  Led by Guy Lapointe, it has stayed more or less intact for over a decade with a fair portion of the staff dating back to the Doug Risebrough days.  I have a media guide from 2004, and there are at least 4 amateur scouts still there (Paul Charles, Pavel Routa, Brian Hunter, Craig Channell) and some of them are still using the same photo in 2017’s Media Guide.  Fellow amateur scouts, Chris Hamel, Marty Nanne and Ernie Vargas also have been with the organization for at least the last 8 years.  That’s most of the scouting staff, but still the General Manager likely has the final say in regards to whom the team selects on draft day.  Teams never share their draft board with the public so its unlikely we’ll ever know what was in the mindset as to why they picked one player over another.

No one ended up drafting and the Washington Capitals picked him up as a free agent but how could they not see the talent that was more or less obvious?  A 6th round pick could’ve netted them a defenseman that would probably be on their top 4 right now.   The Wild seem to draft at least one local player as they have done in 64% of their draft classes since 2000.  But the St. Cloud-native was apparently less enticing to the Wild than Louie Nanne (Marty Nanne’s son) in 2012.

While that may seem unfair to criticize the team for the success of a player that all 30 of the league’s teams decided not to draft, its tough to argue the Wild had the best vantage point of Schmidt being that he played his high school hockey at St. Cloud Cathedral, junior hockey with the Fargo Force and in college at the University of Minnesota.  That is missing a clear talent in your backyard in 2010, 2011 and 2012 (all of the years he was in the draft).  With the dismissal of Chuck Fletcher will the organization re-assess its draft and development model?  I hope so.

Otherwise it will continue to be more of the same and that’s not getting the job done.  Certainly not at the time when it matters the most.