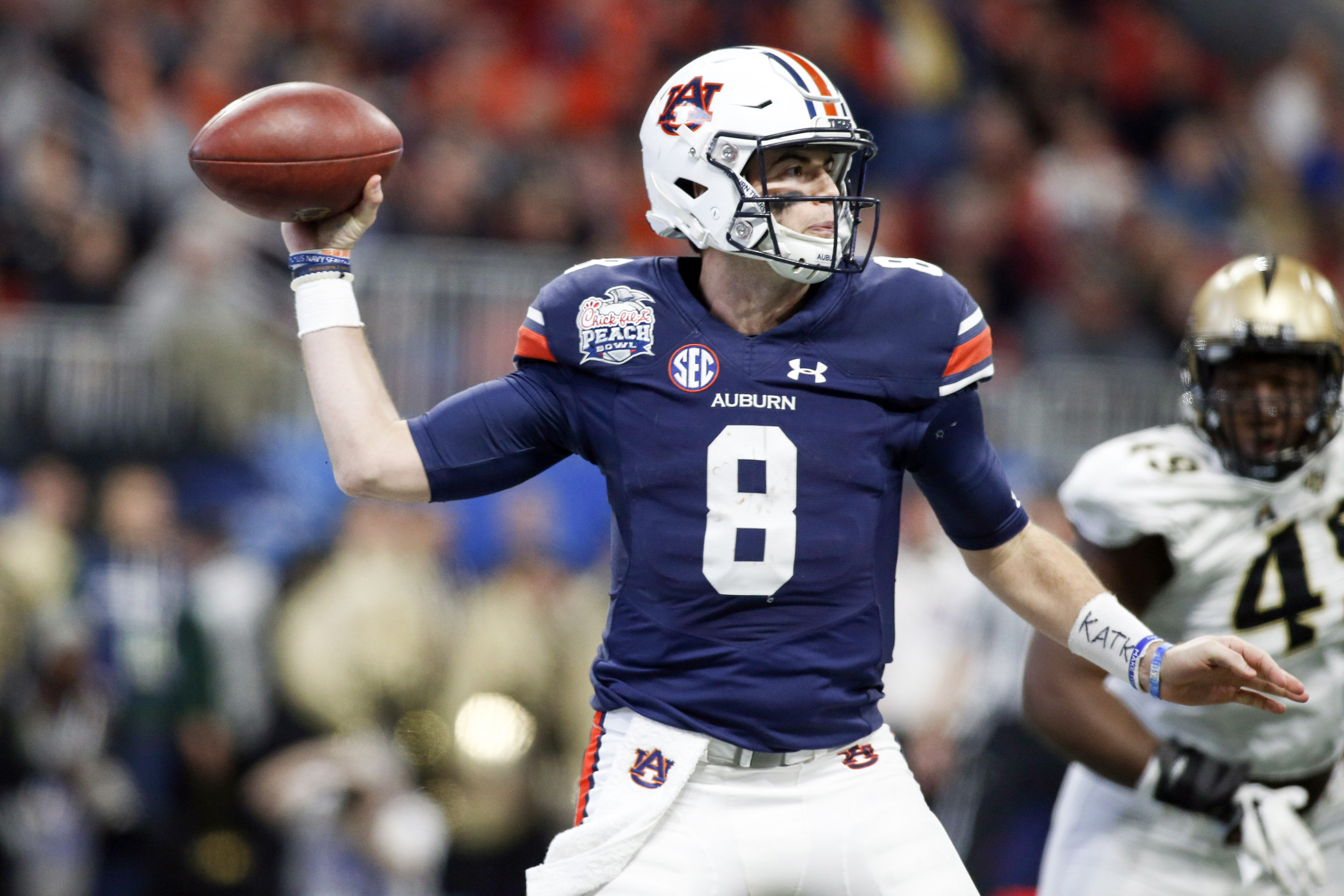 One position that was looked at heavily in the first round of the 2018 NFL Draft was the quarterback. The latest draft saw several QBs selected early including Oklahoma’s Baker Mayfield and USC’s Sam Darnold. The 2019 NFL Draft class probably won’t feature as many quarterbacks going high in the selection order, but a player scouts are liking early on is Auburn’s Jarrett Stidham, who could help impact the NFL power rankings for the team that brings him on board.

The Walter Football website recently talked about the fact that there are already pro scouts preparing for next year’s draft by evaluating the college talent for the 2018-19 NCAA season. The scouts create player ratings based on what they discover and then these ratings are provided to National and Blesto, the top scouting services that NFL teams belong to. Walter Football, a source of NFL mock draft news, mentioned that the early word on quarterback Jarrett Stidham may give him some great buzz heading into next year’s draft.

The Auburn Tigers’ quarterback started at Baylor and finished his season early due to injury. Still, his numbers looked good in the amount of time he played as he tossed 12 touchdowns and just two interceptions with a total of 1,265 yards passing. Stidham also had a 69 percent completion rate during that stint but would end up sitting out college football in 2016. During that time, he attended a community college before the sought-after recruit would end up as a member of the Auburn Tigers’ roster.

Stidham played in 2017 and despite some struggles helped his team to some major wins over the likes of Alabama and Georgia. He also helped his team get into the SEC Championship Game. His numbers were brilliant too, as Stidham racked up 3,158 yards passing and 18 touchdowns while throwing just six interceptions. It’s believed he could have been among the 2018 draft class but instead opted to return to school. That particular decision could help him become highly-coveted ahead of the 2019 NFL Draft.

More than a few scouts that have looked at Jarrett Stidham believe he has the potential to be a first-round pick. Walter Football suggests that Stidham is currently the third-best quarterback available. Players currently slotted above him include Michigan’s Shea Patterson and Oregon’s Justin Herbert.

The upcoming season for the Auburn Tigers should help the scouts get a better idea of what Jarrett Stidham is capable of, though. His team has already been ranked in the top 10 ahead of the next college season. They’ve lost rusher Kerryon Johnson and Kamryn Pettway as well as some key defenders. One scout mentioned that Stidham “will have more command of the offense” in this coming season. The scout said he still has some aspects of his game to work on, but as he enters this season he sees Stidham as having the potential to be a first-round selection. Stidham will have some tough battles on the way with the likes of SEC foes Alabama and Georgia.

The Walter Football website believes Stidham could be drafted at No. 14 which would send him to the Jacksonville Jaguars in their latest mock draft. The Jaguars currently have Blake Bortles guiding the team, and he nearly took them to the Super Bowl last season. The Jags have clearly emerged as a contender and a team that will be amongst the top tier of the NFL power rankings for the next several seasons according to WalterFootball.com. Right now, the 2019 NFL Draft is far off leaving time for another team in need of a quarterback to draft him. Adding Stidham as a backup and eventually as a starter could help the right team maintain their spot in the rankings or even improve upon it.

Additional comments about Stidham were fielded from another NFC scout who believes he could become a “high first-round” selection in the 2019 draft. The scout said he has a “good, but not great arm” right now. He complimented the QB’s quick release which helps him to beat the rush and also said Stidham has a “good mental clock.” His speed and mobility were also given praise as these are the sorts of skills many teams in the league want their QBs to have. There could be more than a few teams currently struggling in the NFL power rankings that look towards Jarrett Stidham as a good fit for their systems going forward.