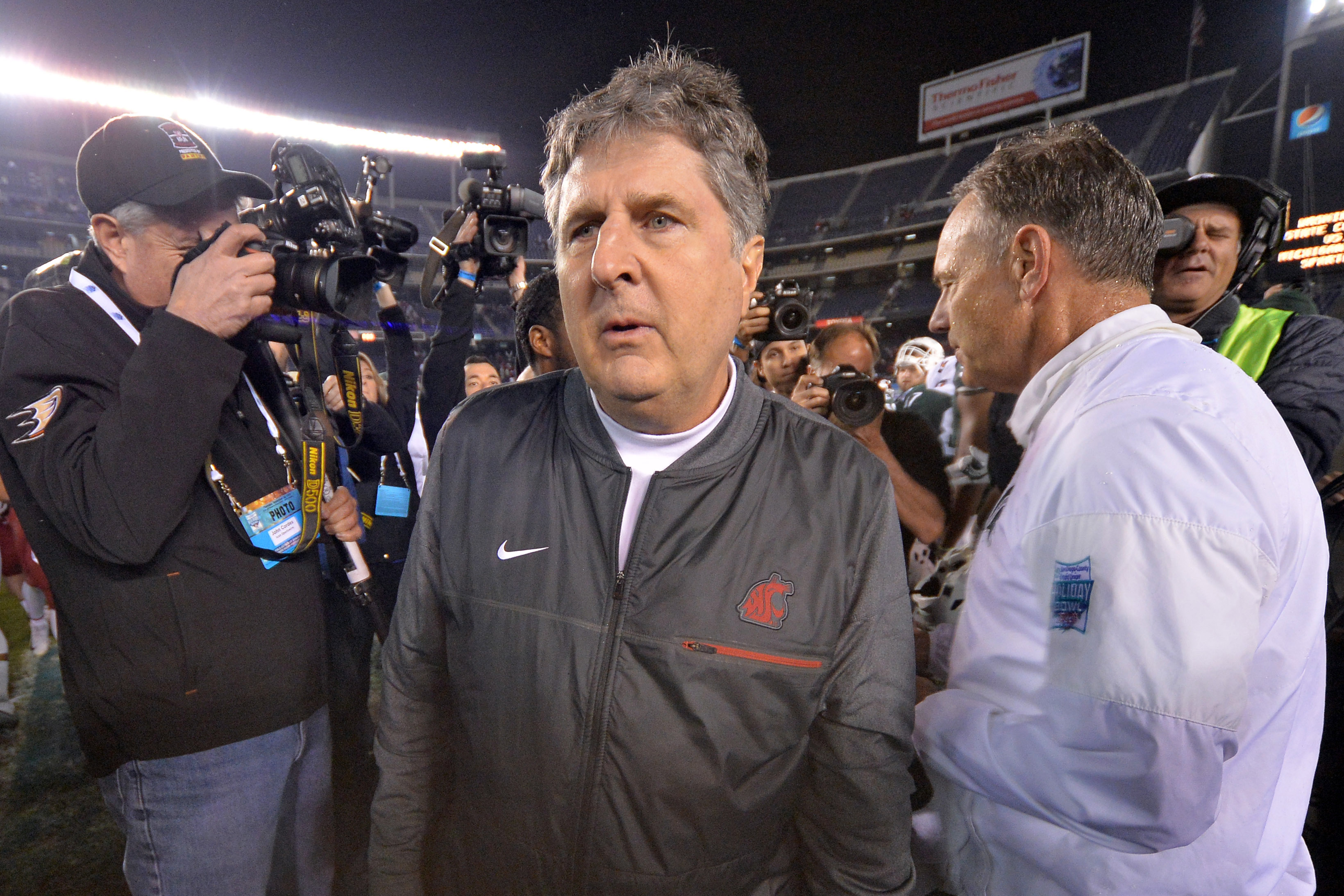 It’s been quite the week for Washington State football head coach Mike Leach.

Leach turned heads earlier in the week when he posted a doctored video showing a speech by former president Barack Obama, which appeared to feature telling a number of people the following:

“Ordinary men and women are too small-minded to govern their own affairs, but order and progress can only come when individuals surrender their rights to an all-powerful sovereign.”

The quote was real, but his words were completely out of context.

Many expected Leach to apologize, given how he’s in the public spotlight. Instead, though, he did quite the opposite, and did not take the comments back.

“Well, for one, I’m not particularly sorry,” Leach said, via Matt Calkins of the Seattle Times. “I thought (the video selection) was poor from the standpoint that … and anytime you quote a guy it’s difficult because there’s always a broader context to any conversation. I didn’t think the context to that was as precise as I wanted it to be, so from that standpoint I thought it was sloppy.

“I’m not particularly sorry about it, because it was in his speech and he did say it. I just think it was plugged together in a bad way by whoever made the video.

“You get passed things all the time. It’s not like I researched or looked it up. I just listened to what was sent and was like, ‘Oh yeah, this might work.’ But that doesn’t change the fact that people should be able express their thoughts.

“I just don’t understand all this name-calling. I never took a position on any of it. You look at anyone of them, I didn’t take a position at any point.”

Leach appears to be quite comfortable, and clearly is not worried about his job security in the wake of his controversial comments. That’s probably because he signed a five-year, $20 million extension back in December.

Still, it’s interesting that the university hasn’t stepped in and issued a statement — or at least put a muzzle on Leach.