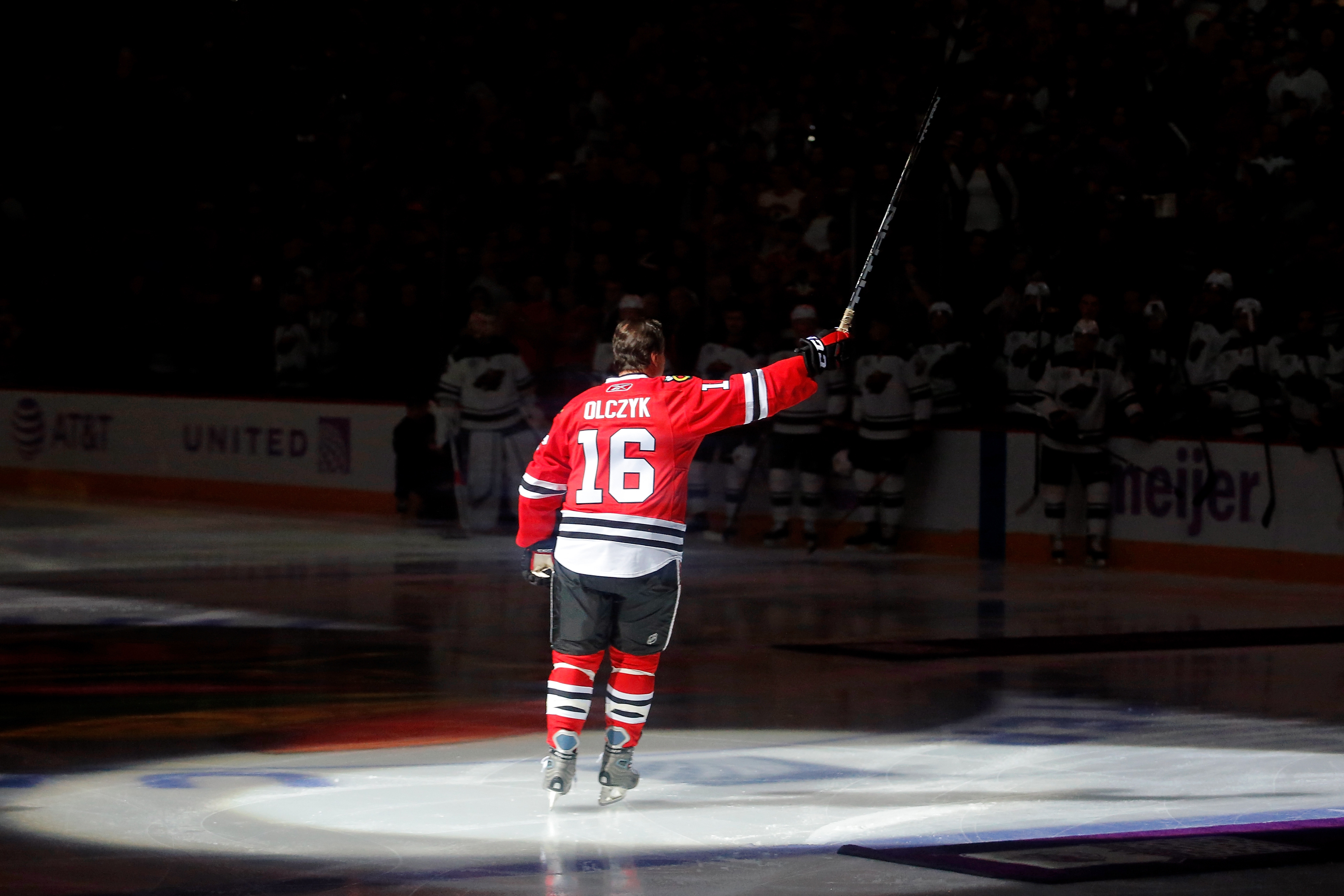 The Chicago Blackhawks hosted their “Hockey Fights Cancer” night on Sunday evening at the United Cente. The team wore special lavender-colored jerseys during warmups. Their television color analyst and former player Ed Olczyk recently beat colon cancer, so the event was a special one for him.

Prior to the game against the Minnesota Wild, Chicago honored “Eddie O” by giving him “One More Shift”. Olczyk donned his Blackhawks uniform and skated around the United Center ice to a standing ovation from the crowd while a short tribute video played on the jumbotron.

“When I played my last game in the NHL, I wasn’t really allowed to say thank you,” Olczyk said later, saying he wasn’t allowed to hold a press conference to thank the team, the fans, and the city. “I feel like there’s closure in getting one last shift.”

Olczyk and former Blackhawks forward Adam Burish hosted the Purple Carpet ahead of the game in honor of fans who are battling cancer, have lost a loved one to the illness, and those who are in remission. During a touching moment in the game, fans in the stadium held up signs saying who they are fighting for, paying tribute to their friends and loved ones with cancer.

“I do believe and we do believe as a family that our purpose in life now is to share my story, to help inspire one person that’s either in the battle, going through the battle or helping support somebody,” Olczyk said. “Maybe down the road, somebody will say my biggest impact on our community was off the ice and away from the rink, and you know what, that’s OK.”

“There’s nothing like knowing people feel good and that is all a part of going through what I did, getting incredible support and couldn’t have done it by myself. Now it’s my job and my family’s job to inspire people. Even if it’s just for a day or a month. It’s always with you, whether you’re in the battle or you’re outside the chemo or you’re cancer free. That cancer will always be with you. You got to take it head-on.”