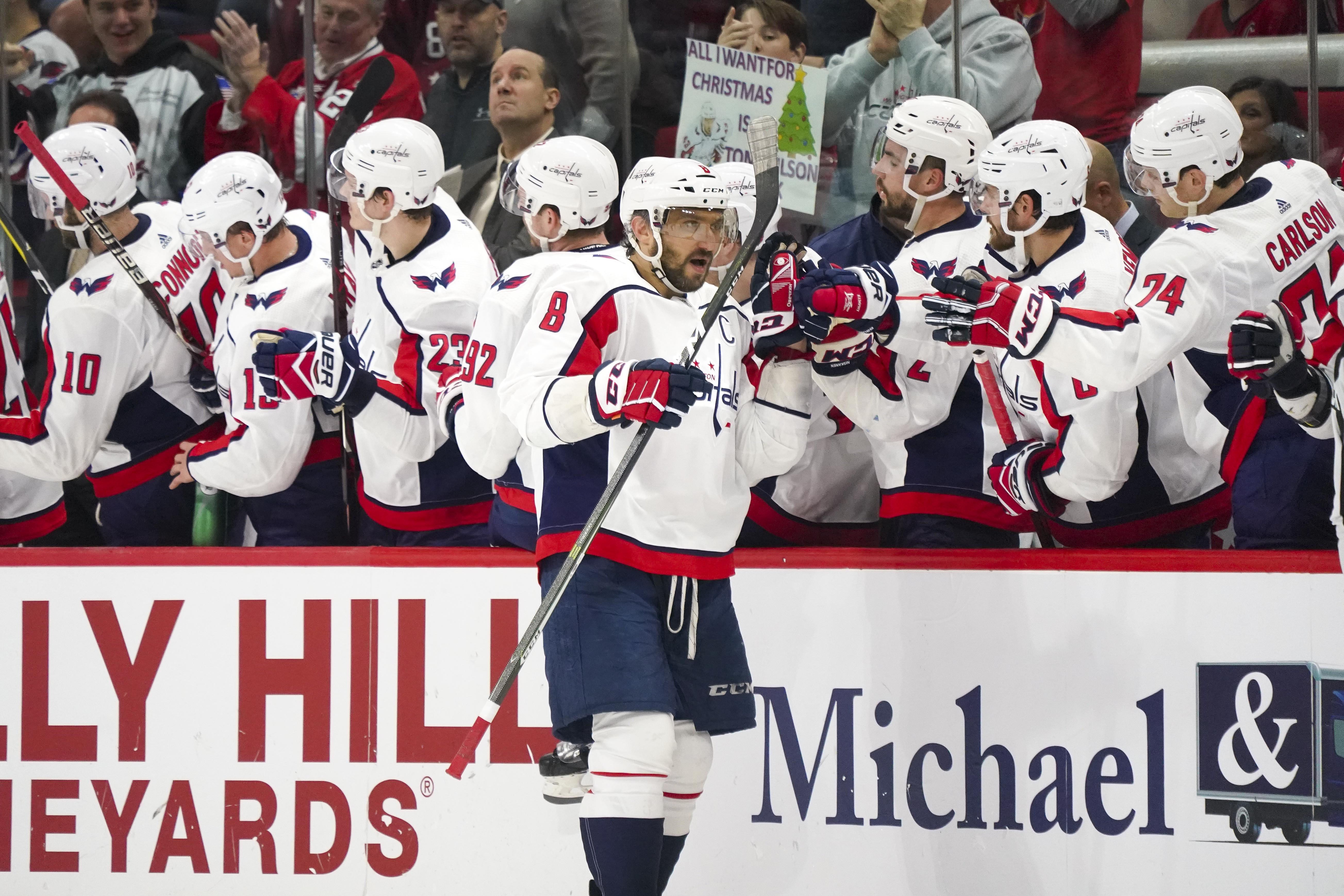 Ovechkin now has back-to-back hat tricks in consecutive seasons and has moved up the all-time hat tricks list, recording the 22nd of his career to tie Teemu Selanne for 11th place.

The Great 8 is now on pace to score 74 goals this season.

During his 13-game point-scoring streak, Ovechkin has netted 16 goals. In 32 games this season, the Capitals captain has scored 28 times. He has a career 635 goals.