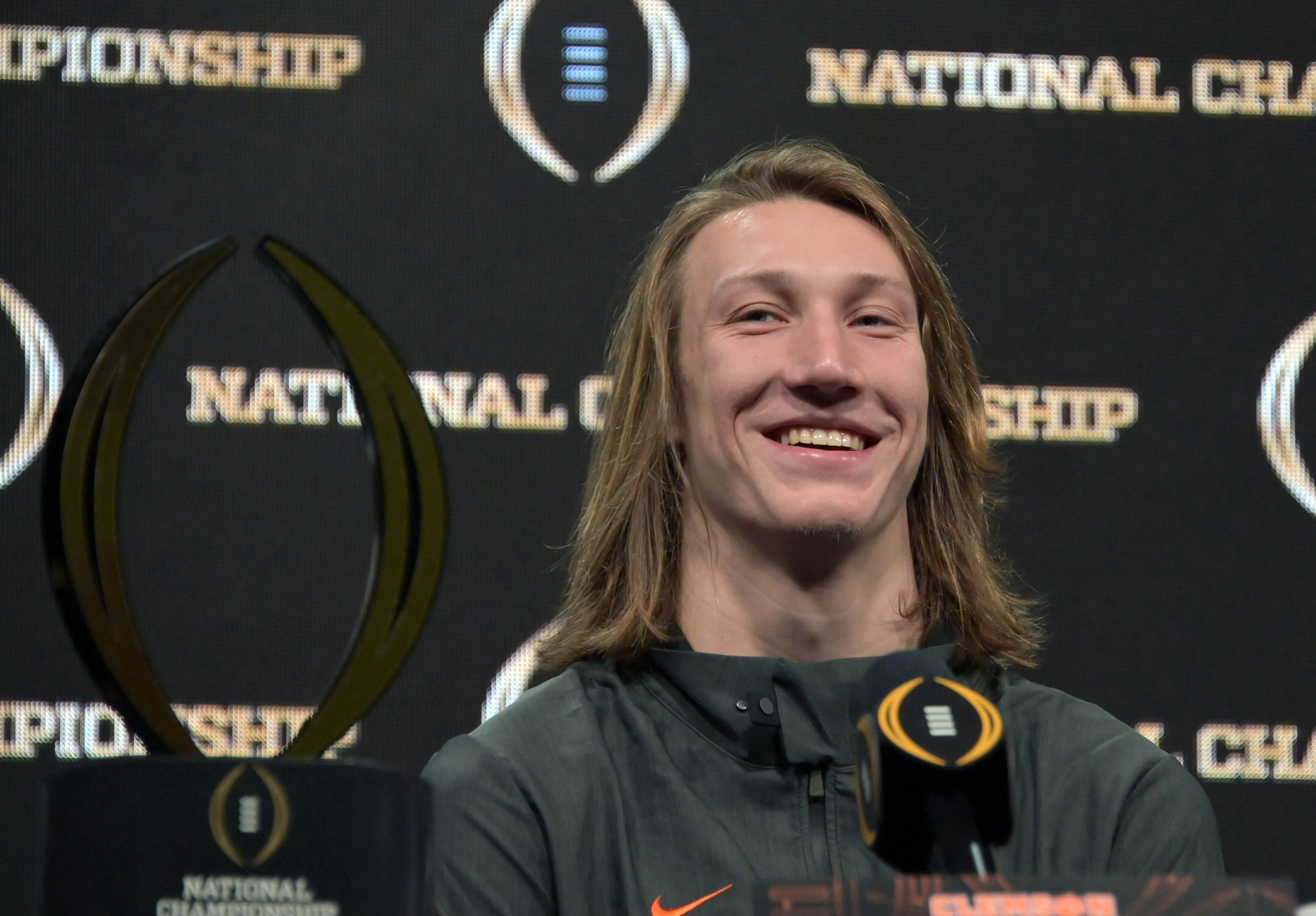 Clemson quarterback Trevor Lawrence went viral on Monday after supposedly making comments about football players and organic vegan food at the team’s White House lunch/tour with President Donald Trump, but the issue is that he never said those things.

Lawrence has now gone on record saying that those comments were essentially fake news — which is funny, given that they pertain to a visit with Trump at the White house. TMZ Sports caught up with him on Tuesday, and he did say that the fast-food spread — comprised of McDonald’s, Burger King, Wendy’s burgers, as well as Domino’s pizza — was “awesome.” It did look like Lawrence and his teammates enjoyed it.

Clemson was treated to a McDonalds fast food cheat day at the White House 😂 pic.twitter.com/os7gyn6cwv

However, he set the record straight on Twitter Tuesday, due to a meme that was circulating quotes he supposedly made. Lawrence was said to have remarked that the meal was the “best they ever had,” as well as some comments about football players not liking organic vegan food. He made sure to say that wasn’t the case.

The origin of the meme is uncertain, but this is another lesson for why fact checking is so important in the social media age.