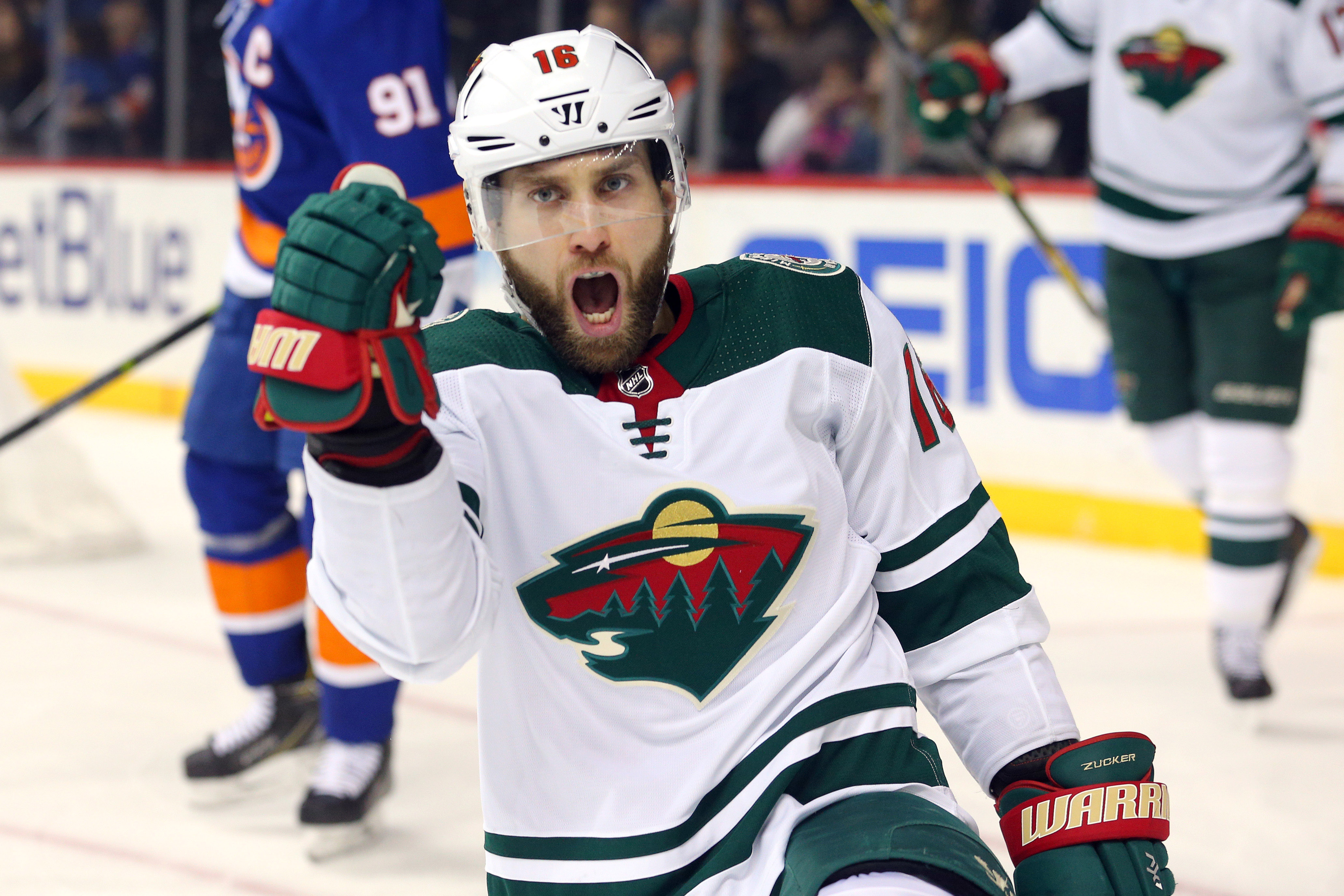 So raise your hand. Raise your hand if you didn’t expect yesterday’s result against New Jersey. I know I didn’t. Looking at the stats, I certainly didn’t have the confidence that Minnesota could bounce back from the recent losses. Yet with that win, my confidence isn’t fully restored. We have a team that is so up and down, but lately more down than up. That my friends is the problem. Until we see them build on small, but important steps in a win into something bigger and more consistent, we’re going to see more games like the one against Edmonton. That’s the sad, but very truthful reality.

Saturday in New Jersey, I’ll admit that I really liked the mix of goal scorers. It was nice to get a goal from an expected scorer in Zach Parise. However what was more impressive were the goals by Marcus Foligno, Joel Eriksson Ek, and Luke Kunin. There have been plenty of nights were the role players have been completely invisible, but then on those nights the entire team has been invisible as well. Foligno though has been having some decent games in these recent days. He’s not the player you usually look to to make things happen, but he doesn’t let his role limit him. And while we were watching yesterday’s game, we asked each other when the last time (if ever) a Wild player scored a Gordie Howe hat trick. And getting goals from Eriksson Ek and Kunin was definitely reassuring. Eriksson Ek has been back and forth to Iowa this season as has Kunin. Seeing those two break out, even on a small basis, can provide a bit of hope.

Today’s game against the New York Islanders could possibly be a good matchup. First off, they’re not a team exactly known for scoring a lot of goals. This would be a chance for the Wild’s team defense to buckle down and frustrate the Islanders’ skaters. If Minnesota can keep their sticks in the passing lanes, break up any flow in the neutral zone, and keep the Islanders to the perimeter, then the Wild stand a very good chance. And the thing is, we know they’re very capable of doing those very things. The problem though, is that the Islanders have the league’s best goals against per game, with a paltry 2.35 goals allowed per game. Yes, we had the positive yesterday of four goals, but the New Jersey Devils and the New York Islanders are two very different teams when it comes to goals against per game. We should see that difference quite early.

The Islanders started Robin Lehner yesterday as they earned a 4-3 overtime win over Colorado.  Hopefully that effort tired out the Islanders a bit, and I’d be surprised if we didn’t see Thomas Greiss between the pipes.  As for the Wild, Devan Dubnyk wasn’t tested all that much in their 4-2 win so perhaps that convinces Bruce Boudreau to give him another start.  However, don’t be too surprised to see Alex Stalock either.

However, both teams are comparable when it comes to special teams. Neither team truly shines on the power play. Sure, Minnesota has the better power play, but I wouldn’t count on that being the difference maker. But we may need it to be the difference maker. Minnesota gets so few chances with the man advantage, that they need to figure out how to make those few chances actually count. The Islanders’ penalty kill isn’t horrible, but it isn’t stellar either. And these are the kinds of games where it’s imperative that the Wild do try to get a power play goal (and more if possible) today.

I’ve said this before, but I’ll say it again. This team needs to build on the small successes they do earn. They have many things working against them on most nights, so they have to find some confidence and run with it. If they can return to Minnesota with four points, it will definitely be a win. Coming out of today’s game with a successful road trip would be a confidence boost.