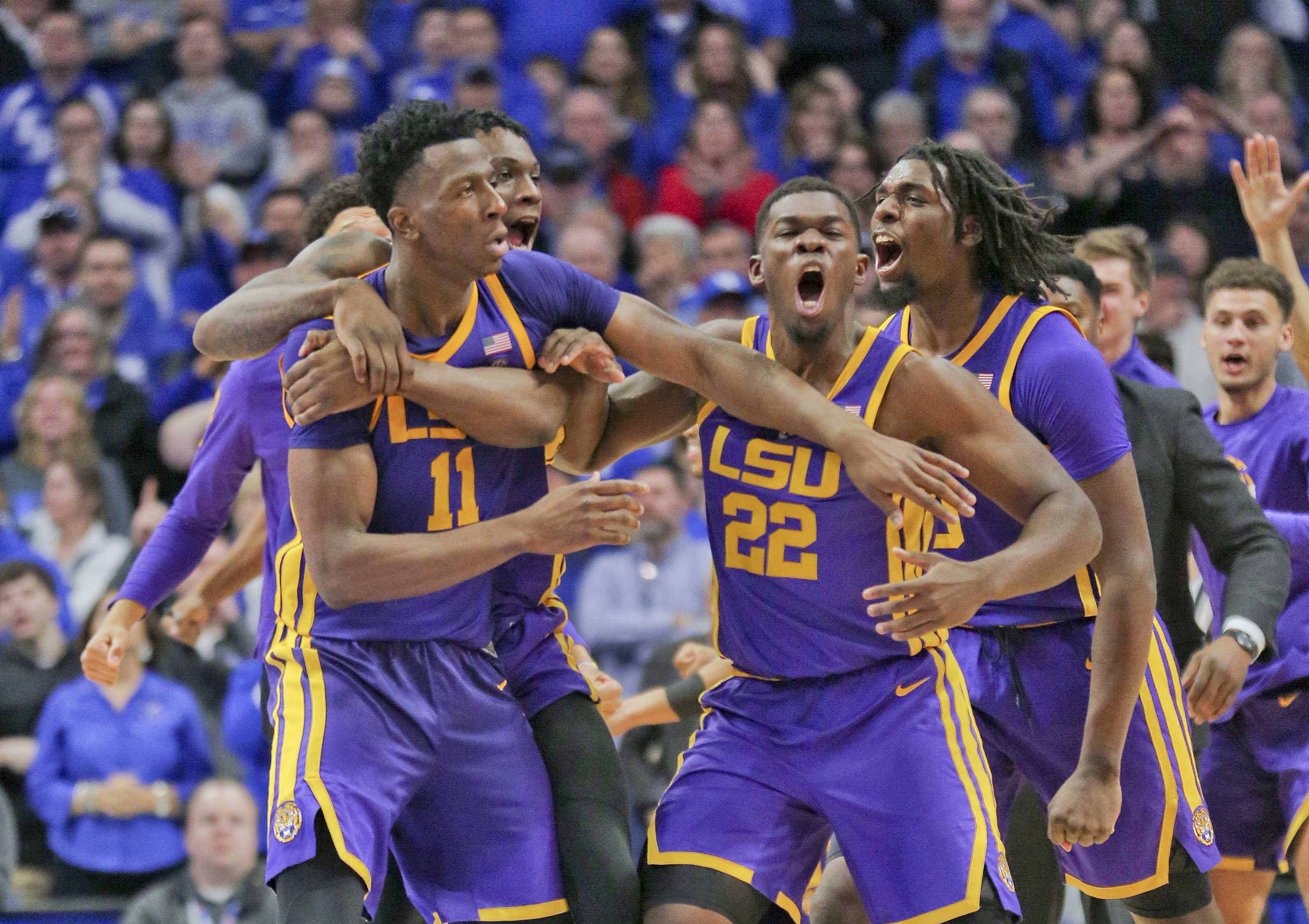 LSU pulled off a big upset over Kentucky on Tuesday, and you’ll want to see how the final few minutes of the game unfolded, which made for a thrilling finish.

The fifth-ranked Wildcats were 8.5-point favorites in the game, and were enjoying an eight-point lead at the half. It was expected that the visitors were in deep in the final 20 minutes, yet they kept fighting, and actually had a chance to win on the game’s final possession.

Tigers guard Skylar Mays drove the lane and attempted a floater, which bounced off the backboard, and hung on the rim a bit. Kavell Bigby-Williams then tipped the ball in, giving his team a 73-71 victory.

LSU AT THE BUZZER

The ball sure looked to be in the cylinder, but the play was not reviewable. It appeared LSU got away with one there.