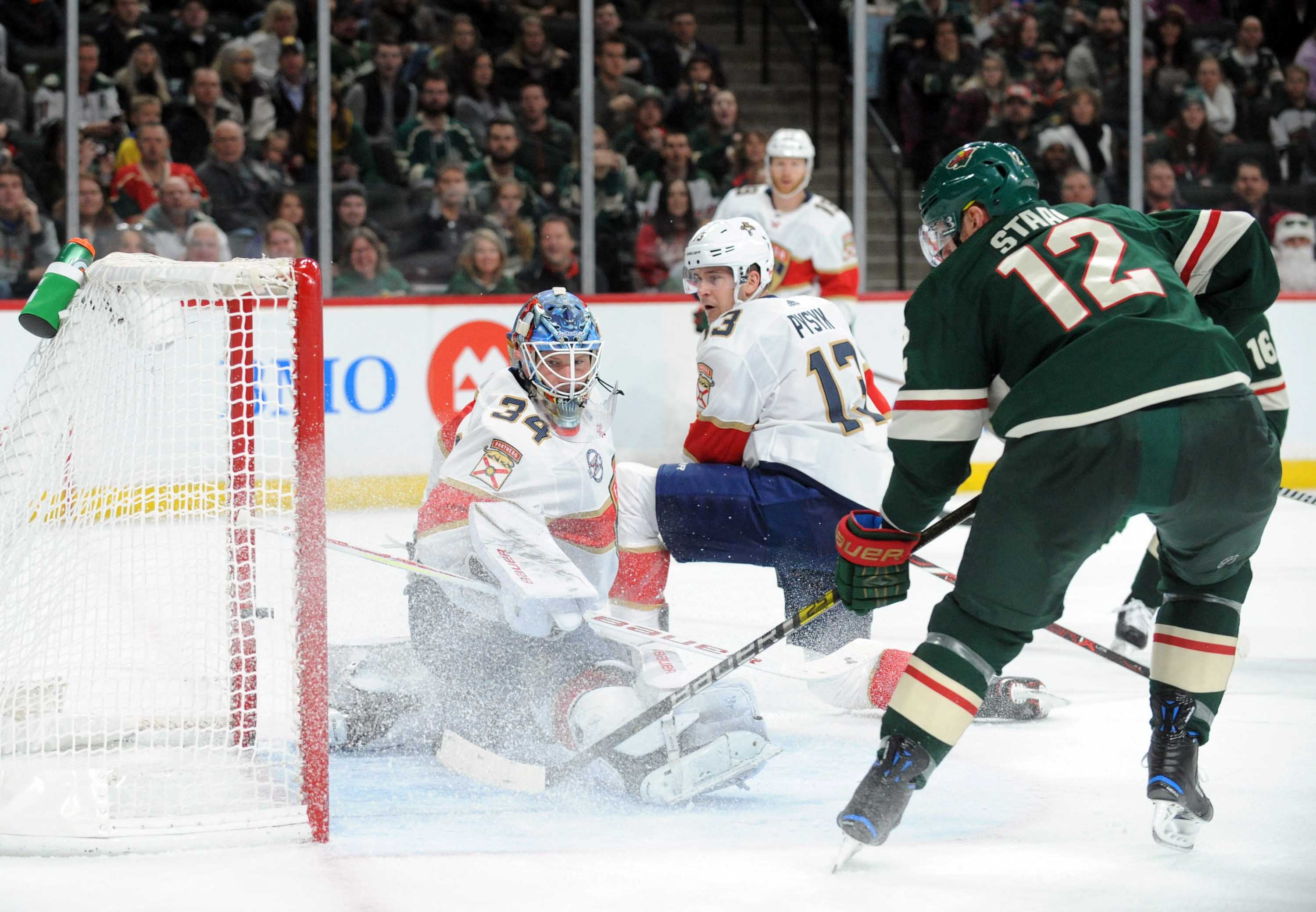 I am a subscriber to the Athletic and I follow Wild beat writer Michael Russo on Twitter and listen to all of his weekly TalkNorth Podcasts with the Minneapolis Star Tribune‘s Jim Souhan.  I am sure there are hundreds of other die-hard Wild fans like myself that do the same, as Russo is simply the best source for information on the team as he’s a well-connected beat writer.  As I was listening to his most recent show, he brought up an interesting post-trade deadline bombshell.

Apparently the Boston Bruins had offered a 1st round pick and a player for Eric Staal.  Russo pointed out that the Boston Bruins were not on Staal’s limited ‘no trade’ list which means the Wild could’ve made the deal and there was nothing the veteran center could’ve done to stop it.  So bear that in mind over the next two years as Staal continues to ply his trade for the State of Hockey.  While some may point out the ‘haircut’ he took on his contract to stay in Minnesota, that is a pretty significant return the Wild gave up to avoid any hard feelings with a player it may have simply re-acquired as an unrestricted free agent this summer.

So…forgive the little rant but I thought I’d toss that out there as we watch Staal and company try to scratch and claw their way towards a playoff berth.

Some hockey fans (including some Wild fans) love to malign the Florida Panthers for their lack of fan support as evidenced by thousands of empty seats at the BB&T Center each night.  However, in some ways the Florida Panthers have some things going for them that I think many Wild fans would be envious and I’m not just talking about the current weather.

The Panthers have lots of good young talent up front in Aleksander Barkov, Vincent Trocheck, Jonathan Huberdeau, and Henrik Borgstrom just to name a few.  Barkov is the big, center we always wished Mikko Koivu was; a strong player who can shut you down as well as light you up offensively.  Trocheck and Huberdeau are very skilled and at times can be game breakers.  Free agents Mike Hoffman and Keith Yandle have delivered the offense as promised and make for a fun, dynamic team to watch.  (cue Florida attendance joke)

All kidding aside, the Panthers’ weakest areas are on its blueline where future Norris trophy candidate Aaron Ekblad could use some help beyond just Yandle.  Mike Matheson is quietly effective but they certainly could use some more horses to lean on here.  Puck mover Mark Pysyk and the rugged MacKenzie Weegar round out the Panthers’ blueline corps.

Between the pipes, they are soldiering on with aging veteran Roberto Luongo and don’t have much of a plan after that.  So the areas of need for this organization are fairly obvious.  Yet I’d say they’re far from hopeless.  Before Wild fans make too many jokes about the Panthers, they’re only  points behind the Wild.  Luongo started last night in their 4-3 loss against Boston so I think we may see youngster Samuel Montembeault in the crease for Florida.  Since Devan Dubnyk started and earned a 3-0 shutout last night I would expect Alex Stalock to get the start this evening.

The Wild had real good energy to start their game against the Tampa Bay Lightning.  Minnesota outworked the Lightning in most areas of the ice and paid the physical price to make plays.  Jason Zucker had his 2nd career hat trick and the Wild played a real complete team game.  Joel Eriksson Ek, Jordan Greenway, Kevin Fiala, Ryan Donato were the standouts and the Wild will need them to ready to go tonight against the Panthers.  Although it seems rather likely they will be without Luke Kunin who got rocked by a huge hit by Cedric Paquette that had him wobbly in the knees (concussion).  I would expect Matt Read to be called back on another emergency call up from Des Moines as he piles up the frequent flyer miles.

On the blueline, the Wild got great minutes from Ryan Suter, Jared Spurgeon and Jonas Brodin who did a great job at blocking shots and helping Dubnyk do their job.  Nick Seeler seemed to help stabilize the Wild’s bottom pairing and I hope he stays in the lineup tonight.  Brad Hunt still needs to be utilized more on the power play; especially when the team has a 2-man advantage because he has the best shot among Wild defenseman and its not even close.

So what will be the keys to a Wild victory tonight?

1. Unleash the youngsters ~ the Wild had a great effort in Tampa Bay and a lot of that had to do with the team hustle and keeping their feet moving.  So playing on the 2nd night of a back to back, the Wild need to give a little more of the workload on the younger, faster players to keep the energy level high.  The Wild should be helped by the fact Florida played last night, but they will also be motivated and angry at squandering a late lead so Minnesota better be ready to work hard.

2. Stay out of the Box ~ The Wild penalty kill played very well against Tampa Bay, but they face another terrific power play with the Panthers converting at over a 25% clip.  Minnesota’s optimal approach would be to simply stay out of the penalty box, but if they do they’ll need to be as selfless as they were on Thursday by blocking shots.

3. Swarm the net ~ I think its likely they’ll be seeing a young goaltender tomorrow night.  The Wild need to apply pressure near his crease and make his life difficult.  Just sending occasional shots from the perimeter will only allow Montembeault to get comfortable and to build his confidence.  Crash the net, get some ugly goals and play with the lead.

What do you think will be important for the Wild to have success?  Tell us on Twitter @CreaseAndAssist or in the comment section below.