Could the Browns move Duke Johnson and bring Isaiah Crowell back? 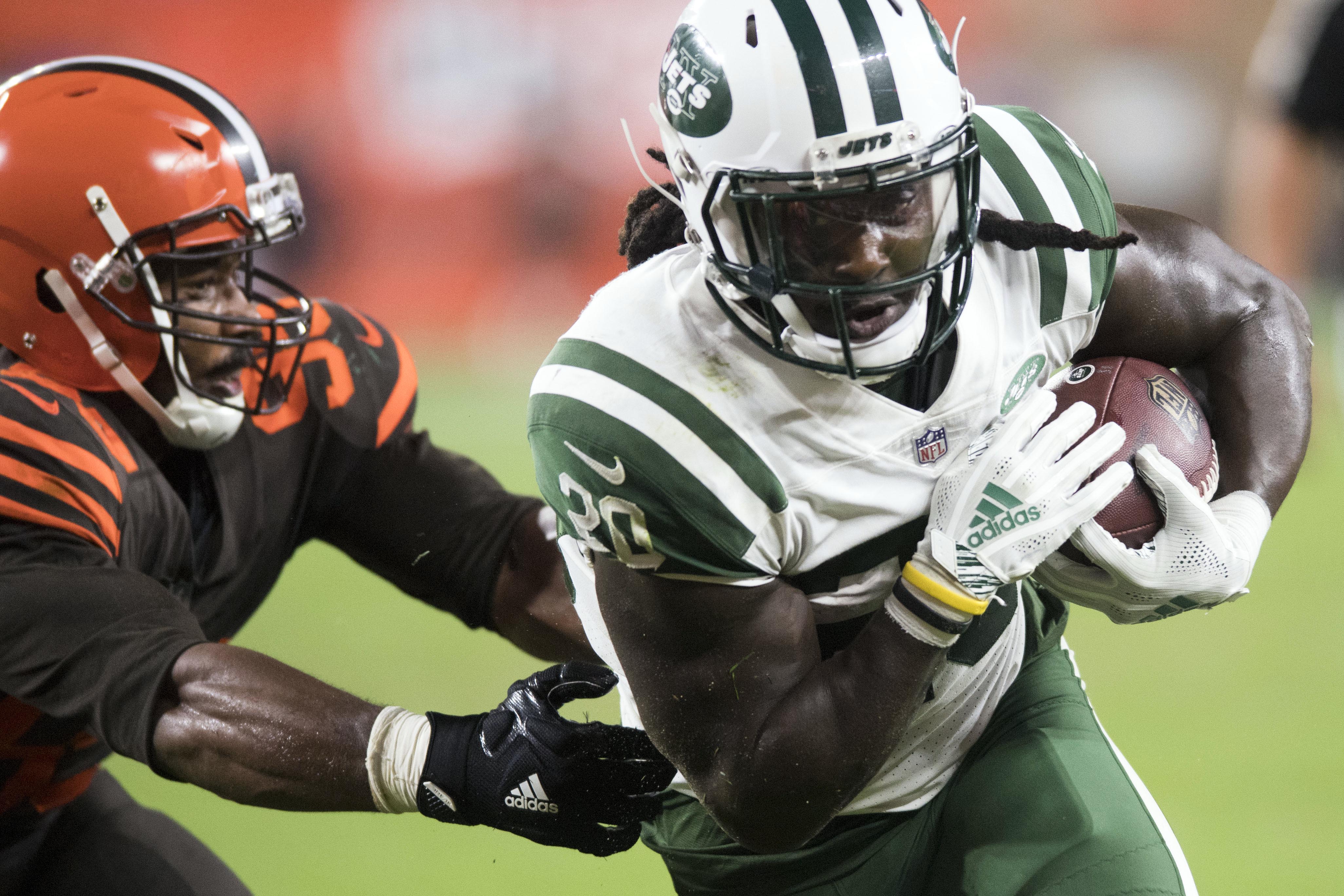 Could the Browns move Duke Johnson and bring Isaiah Crowell back?

Duke Johnson is on the trade block, and Isaiah Crowell is available. Are we feeling a Cleveland Browns reunion?

The Cleveland Browns are having a heck of an offseason. For starters, they somehow acquired a star wide receiver in Odell Beckham Jr. They also got themselves an excellent pass rusher in Olivier Vernon. One of their more underrated signings though happens to be one that they did far before the NFL new year kicked off this year.

When every other team steered clear of him, the Browns decided to take a chance and sign Kareem Hunt. Obviously, by now we all know the incident and what happened, but we finally know how long Hunt will be out during the 2019 season. As of Friday morning, it has been announced that Kareem Hunt will be suspended for eight games. So the Browns can expect to be without him for half of the season, and Hunt won’t prolong the process either as he refuses to appeal the decision.

Kareem Hunt’s agency has released a statement on the NFL’s announcement of an 8-game suspension. pic.twitter.com/T0c7YO8izh

Hunt’s suspension occurs about 24 hours after the news came out that the Browns are indeed still shopping around their backup running back, Duke Johnson. Many would assume that Hunt’s suspension could change Cleveland’s mind, but let’s be real – everybody knew Kareem Hunt was going to get served with a suspension. Johnson is on the trade block, and Hunt’s suspension doesn’t change a thing.

Say the Browns do end up moving Johnson, who will back up Nick Chubb? The Browns would be fortunate if they had a guy on the Free Agency market, who has played in Cleveland before. Oh wait, they do. His name is Isaiah Crowell, and he is absolutely available.

After being released after one season with the New York Jets, Crowell can’t exactly be picky. It’s clear at this point in his five-year career that he’s the type of running back who won’t take over a backfield by himself. Crowell is currently coming off of a 685 yards, and six touchdown season in New York.

At this point, I’m sure the butt-wiping celebration could be left in the past. Crowell might’ve rubbed the Browns the wrong way at the time, but at the end of the day, it was all meant in good fun. After the entire ordeal went down, Crowell was still embraced by his former coaches and teammates. Plus, it’s a new era in Cleveland anyway. I’m sure if the Browns can move Johnson to another team, Crowell could be first in line for backing up Chubb.