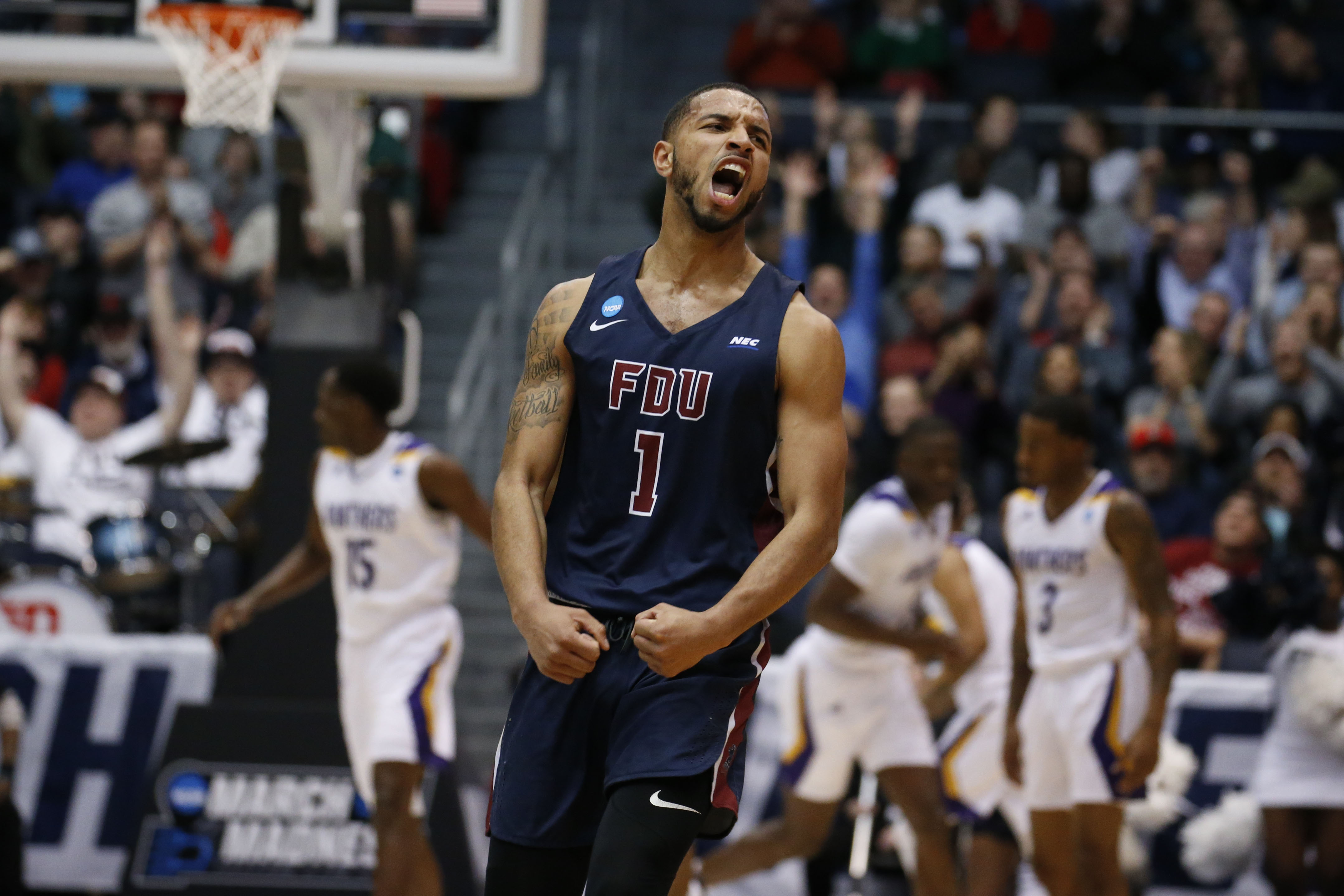 Fairleigh Dickinson defeated Prairie View in the First Four play-in game on Tuesday night, and the main reason why is because Jahlil Jenkins and Darnell Edge shot their opponents out of the gym.

The Knights guards caught fire early in the second half and literally could not miss — dropping 55 points on 18-of-29 shooting. The team trailed by 13 points at one moment in the second half, but their two sharpshooting guards shot them to victory.

Edge was ridiculous from three-point range — draining seven of nine triples he attempted. It was his smooth stroke that can be seen below as to why he was so dominant.

Jenkins was draining shots from all over the court as well.

Edge finished the game with a career-high 33 points, and given that it came on the biggest stage of his career, it was certainly his best performance to date.

As for the Knights, they’ll need Edge and Jenkins to be at their best on Thursday night, as they have a showdown with the No. 1-seeded Gonzaga Bulldogs. Either way, they’re already playing with house money, riding the high of their first NCAA Tournament win in the university’s history.