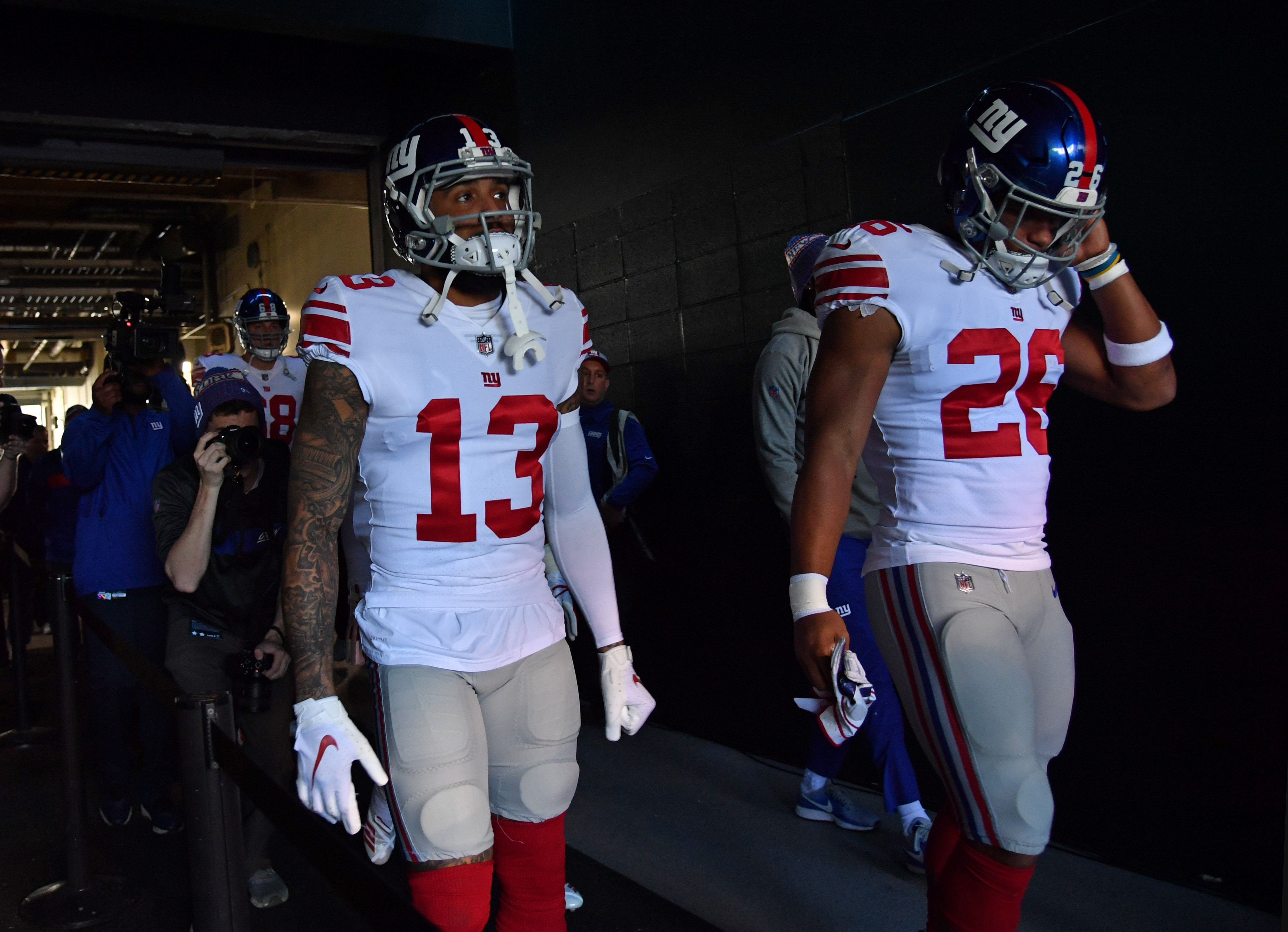 You would think Odell Beckham Jr. would be happy to get out of New York. According to Saquon Barkley that was not the case.

Last week, the New York Giants shocked the football world by sending their ‘generational talented’ wide receiver Odell Beckham Jr. to the Cleveland Browns. Although Beckham has been rumored to be for sale since last year, nobody actually thought that the Giants’ front office would actually pull the trigger on a trade. Especially after signing him to a massive extension last season.

The Giants did it though, and now Odell Beckham is a Cleveland Browns’ receiver. Two years ago, if a player were to get traded to the Browns, it would seem like they are facing the end of their competitive career. Nowadays though, the Browns are becoming legit. Even before Beckham, they were viewed as potential contenders. Now with Beckham, they have the tools to truly be something special.

In New York, Beckham was visibly struggling with Eli Manning throwing him the ball. As it is clear that Manning’s best days are behind him, Beckham was growing impatient with the direction that the team was going by keeping Manning. So when they moved him and gave him the opportunity to get to play with a young star in Baker Mayfield, many would assume that Beckham would be thrilled to hear the news. Apparently, that wasn’t the case right away though.

Saquon Barkley reveals that Beckham was upset with the news

While out in Paris, Beckham got a call and found out that he was no longer going to be with the Giants. Instead of jumping for joy, and getting excited about being out of a terrible situation in the Big Apple, Beckham immediately facetime his now former teammate, Saquon Barkley. That’s when Beckham broke the news to Barkley and started giving the second-year running back some words of advice moving forward.

“We talked over Facetime, he had just gotten traded, so I don’t think he was really happy about it,” Barkley told NJ Advance Media Tuesday following Penn State’s Pro Day. “He just gave me some advice about how to handle stuff in the league. He was the same old big brother to me that he’s always been.”

According to NJ Advanced Media’s Matt Lombardo, Barkley was also upset about the news himself. Being that Beckham pulled for the Giants to get Barkley at No. 2 throughout last year’s offseason, Barkley is definitely going to be missing Beckham, who played somewhat of a mentor role for the young star. Now, Barkley is going to have to be the mentor and leader for the Giants, as he’s the face of the offense now.