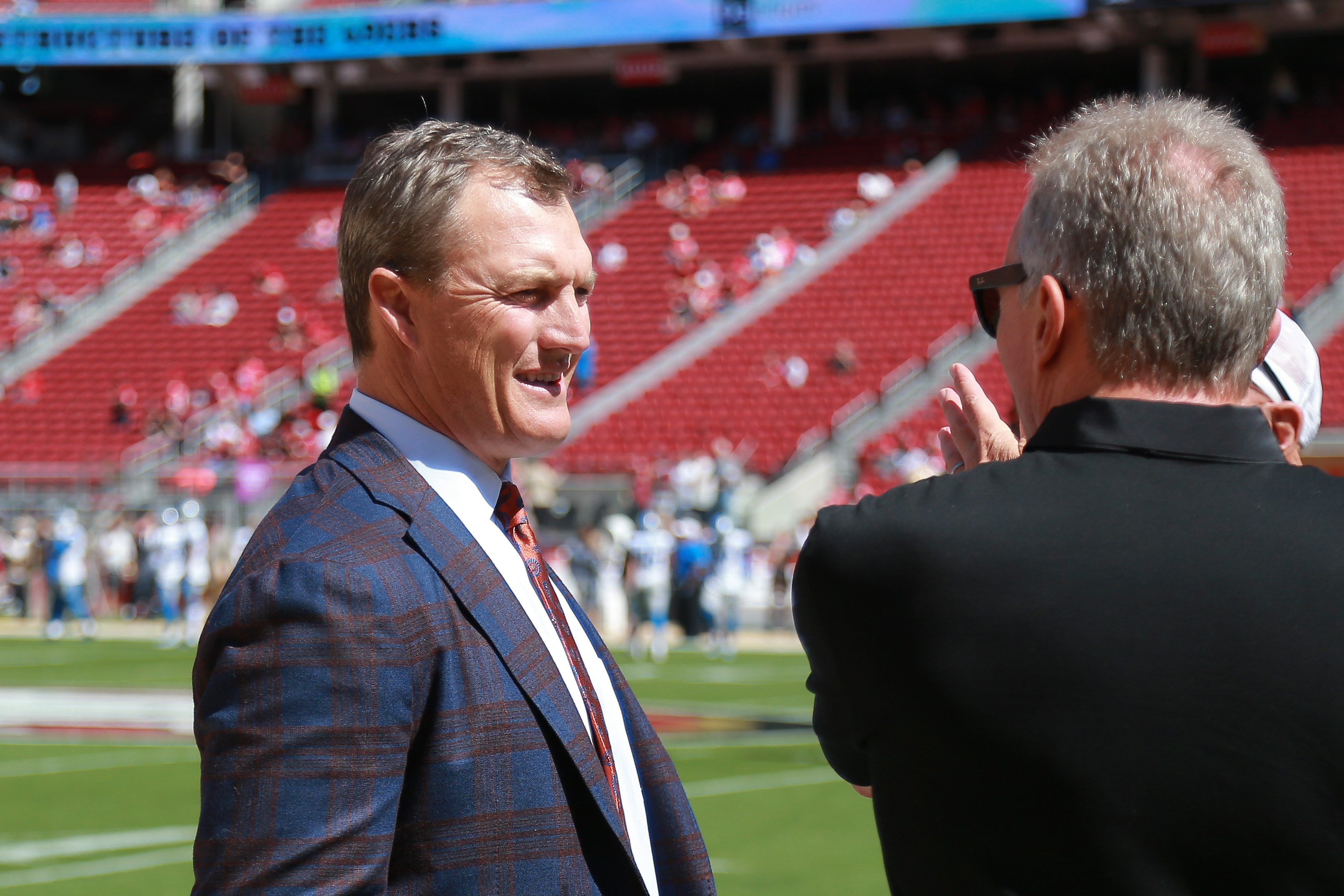 The 49ers are in need of playmakers on offense, and the team’s brass is aware of that fact, so they apparently did attempt to upgrade that are over the past few weeks.

It was rumored that the 49ers were in the Odell Beckham Jr. sweepstakes, and apparently, that was exactly the case.

49ers general manager John Lynch came out and stated that the team contacted the Giants about trading for OBJ, but New York wanted the No. 2 pick in this year’s draft, which San Francisco was not willing to give up. Lynch made an appearance on KNBR-AM radio Friday, and here’s what he had to say about it.

“I think ironically the fact that we had the No. 2 pick made it more difficult because they wanted that badly,” Lynch said, as transcribed by NFL.com. “They wanted two No. 1s, and we weren’t willing to part with that. That’s too valuable of a pick even for a player of his magnitude. So, we tried to come up with creative different ways to get it down and it didn’t work out and you move on.”

That has us wondering what the 49ers plan to do with the pick, as they covet it highly. It’s possible that they’ll consider trading down.