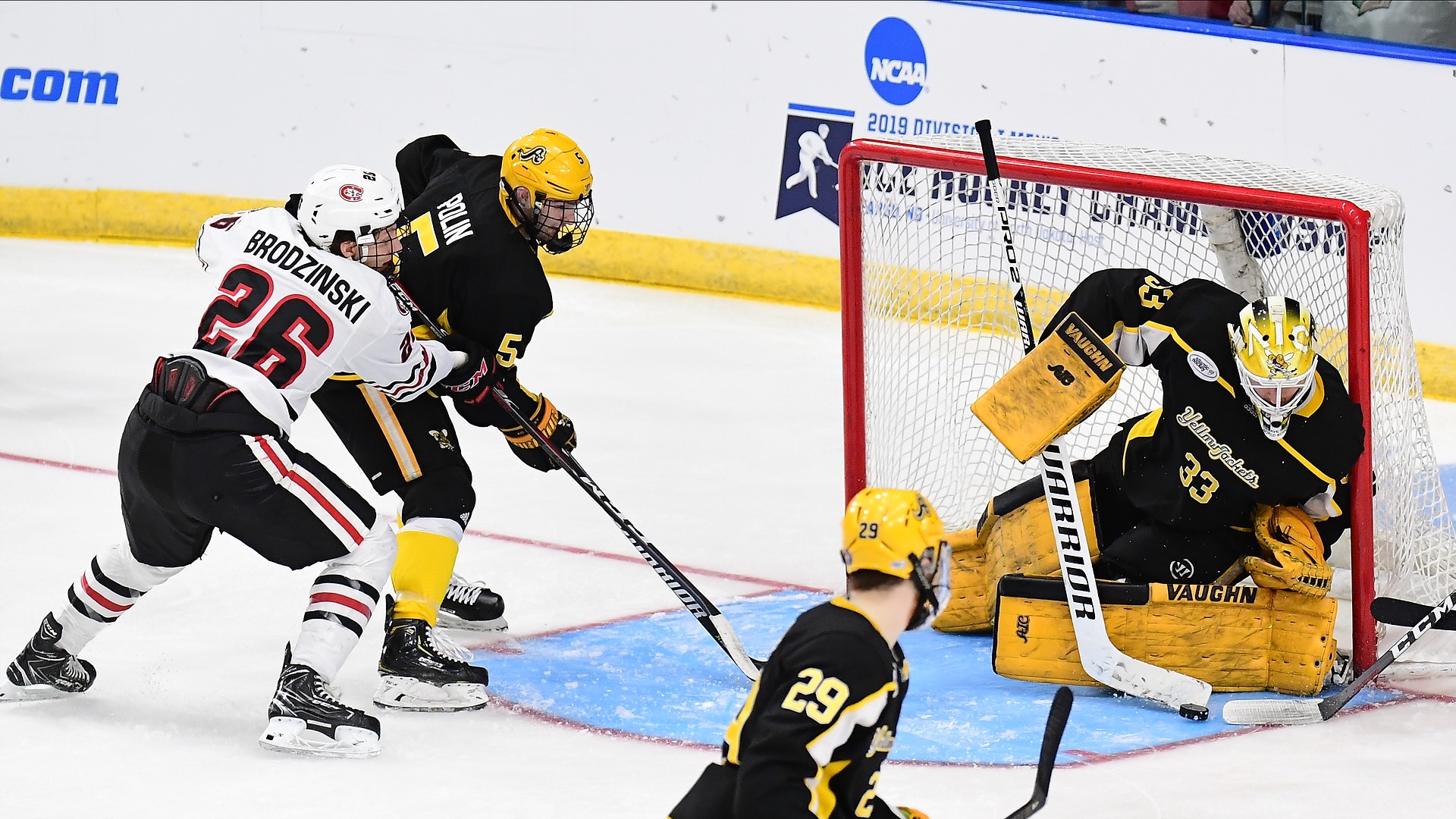 In April of 2016, AIC decided to change their program’s trajectory. The college hired AIC Alumnus Eric Lang, to be their program’s ninth head coach. Lang returned to the Yellow Jackets after spending four seasons as an assistant coach with Army Black Knights. With a new head coach and the move to the MassMutual Center, the Yellow Jackets’ hockey program was ready to fly to new heights in Atlantic Hockey and Division I college hockey.

That was only just the beginning.

During the summer of 2016 American International College announced that their hockey team would be moving into a new 6,866 seat arena, the MassMutual Center in Springfield, Massachusetts. Pre-MassMutual Center, the Yellow Jackets played in the 2,220 seat Olympia Ice Center in West Springfield, Massachusetts. Prior to moving into their new building, the Yellow Jackets would win just 21 times in 111 games.

Also, during the fall of 2016, at the Atlantic Hockey’s annual directors meeting, the league announced that it was increasing their scholarship to 18 scholarships, the maximum allowed per the NCAA.

“This is another step forward for our league” Atlantic Hockey Commissioner Robert DeGregorio announced in a release. “Increasing the scholarship limit to 18 incrementally will allow us to maintain our vision of not leaving any of our members behind while increasing our competitiveness nationally. Our teams have made great strides in recent years and this will continue that trend.”

Do you see where this is heading? A new building, a new coach, more scholarships. Equals a bigger commitment to college hockey.

It would appear that AIC’s investment in college hockey has finally paid off. This season, the Yellow Jackets went 23-17-1, they went 18-9-1 in AHA play. They won league playoff championship and qualified for their first-ever NCAA tournament bid. Last Friday, the Yellow Jackets shocked the college hockey world when they upset number one overall seed St. Cloud State 2-1 in the first round of the NCAA West Regional Championship. The Yellow Jackets magical season would end in the West Reginal Finals on Saturday night with a 3-0 loss to the Denver Pioneers.

After their first-ever NCAA game, an excited head coach walked the media through their game plan. The Yellow Jackets had a set script and they executed it flawlessly.

“We had a script, this game had to go a certain way,” Lang said. “Sometimes that a tough pill to swallow, but credit to our guys who didn’t back down. I thought we had some good chances to win the first period and we did what we had to do to advance. It’s an exciting day for our program, but I am extremely delighted for these guys. I get to spend another day with them.”

Moving forward, this past weekend’s NCAA appearance will pay dividends for Lang’s Yellow Jackets. Especially, when it comes to recruiting.

‘I can tell you three years ago when I was making phone calls from a four, five and six-win team, it’s hard to get guys to call you back,” Lang said. “But it’s a little easier if you’re regular season conference champs and when you’re making recruiting phone calls from first place, or we’re squeezing as many phone calls that we could in a 24-hour period from yesterday to today.

It would appear that the future is very bright for the AIC Yellow Jackets. They showed the college hockey world that they’re going to be a team to be reckoned with in the future. Just ask the SCSU Huskies, they got an introduction last Friday Night.