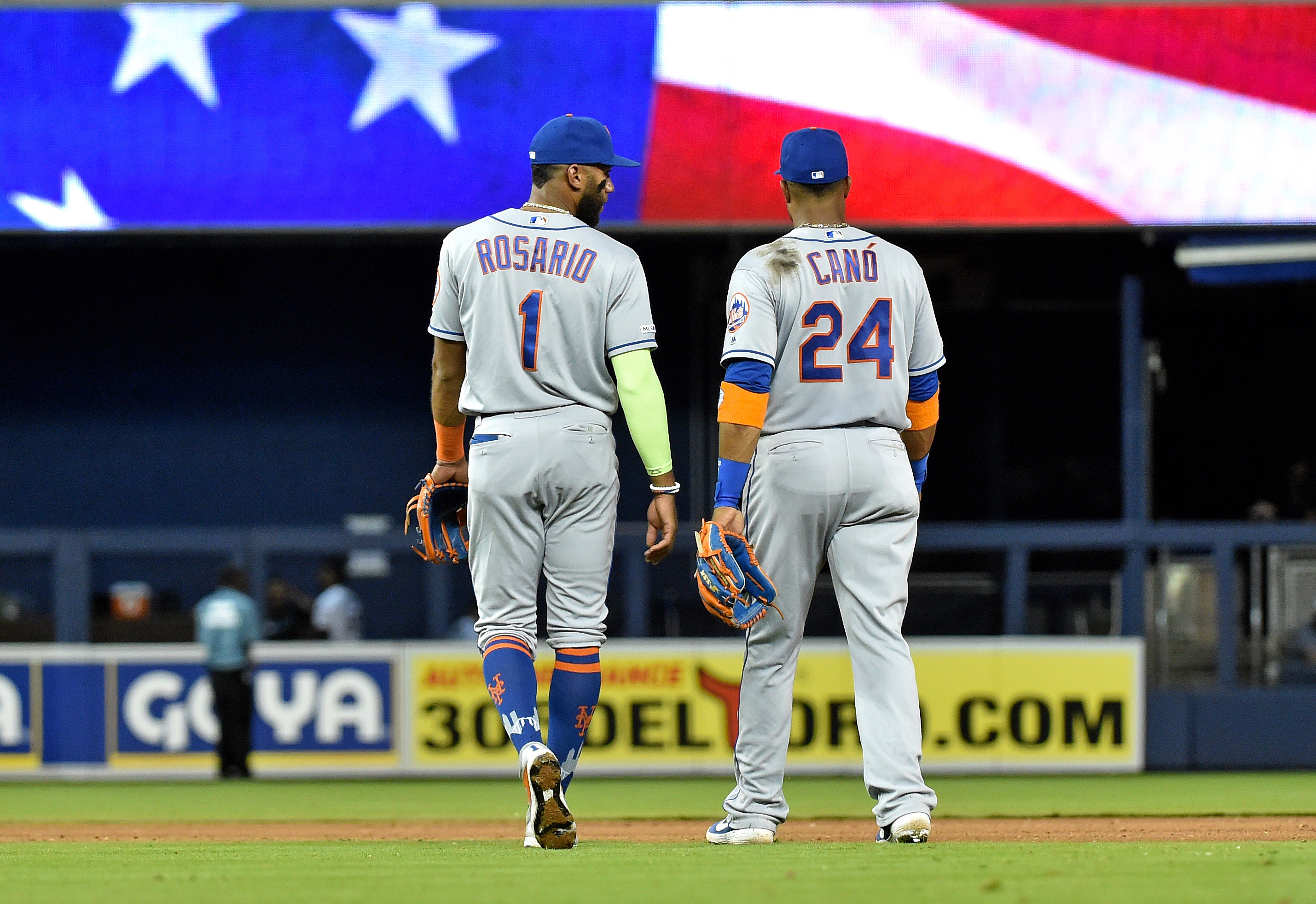 Welcome to my first game preview of the season. Thanks to a three run blast by Pete Alonso and a Houdini bullpen act, the Mets have taken the first two games in Miami against the Marlins, whose ballpark has been Jeter-ized, complete with a brass band. The Mets will try to break out the brooms on Wednesday night. Please note the 6:10 start as Jeter was benevolent enough to give the Mets a whole extra hour to get home and prepare for their home opener on Thursday afternoon. What a peach.

Radio Coverage: The Mets are on WCBS 880, which brought back the iconic “Let’s Go Mets” jingle and deftly cut out the “F-A-N” part. (Slick, right?) Howie Rose and Wayne Randazzo will be on the call (For those of you without internet or telegraph, Josh Lewin left.) If you’re in Miami, it’s WINZ or WAQI 710 for you.

Television Coverage: SNY carries the game with Gary Cohen and Keith Hernandez, with Steve Gelbs on trumpet. (Ron Darling is away to sell books.) It’s FOX Florida for those of you in Miami. I’d tell you who the announcers are but Jeter might have fired them by now.

Internet Coverage: Derek Jeter fired Facebook. But you can watch on Gameday.

Jacob deGrom goes for the Mets and as you know, he’s pretty good. There will be a little pressure on deGrom to go seven today with the bullpen in shambles, but Familia and Diaz should be available tonight. If the Mets can score for deGrom (perish the thought), then Tim Peterson can finish it off and the Mets will have a strong bullpen for the home opener on Thursday.

Trevor Richards goes for Miami. He gave up a run in six innings agianst the Colorado Rockies with two walks and four strikeouts. Richards was 4-9 with a 4.42 ERA and a WHIP of 1.38. But numbers don’t tell the whole story:

Richards attained his modest success with three pitches, one of which was really good. The 25-year-old gained notoriety throughout the league with his changeup. (…)

The funny thing is that spin rate applies differently to the changeup than it does to the fastball and curveball, where the parlance is often used. Spin rate is becoming a priority on fastballs because it tends to create the illusion that the ball is rising as it approaches the plate. In this aspect, fastballs with higher spin rates tend to more frequently miss barrels.

While Richards’ pitch still seems to have plenty of sink and dive in spite of the high spin, it still makes for a unique pitch.

The former Gateway Grizzly is thought to have a chance to be the Marlins ace this season. That changeup will be one to watch tonight.

Final game of the road trip, let’s do this. #LGM pic.twitter.com/JCcoQP74l2

Brandon Nimmo in the lineup tonight, so his hand is fine. Also, hello Keon Broxton. As for Jeff McNeil on the bench, before you get the torches and pitchforks out …

Jeff McNeil is a little banged up. Knee that he hit against the wall in spring training was tweaked a little last night. He’s available to come off the bench, but that’s why he’s not starting.

And for the Marlins:

This is your @Marlins Line Up for today’s game ⚾️ Brought to you by Aaron . See you all at @MarlinsPark Let’s get this W and finish the serie strong 💪🏼 pic.twitter.com/LQVR3bUDN0

Cute as hell, but children having access to the lineups are probably a security issue.