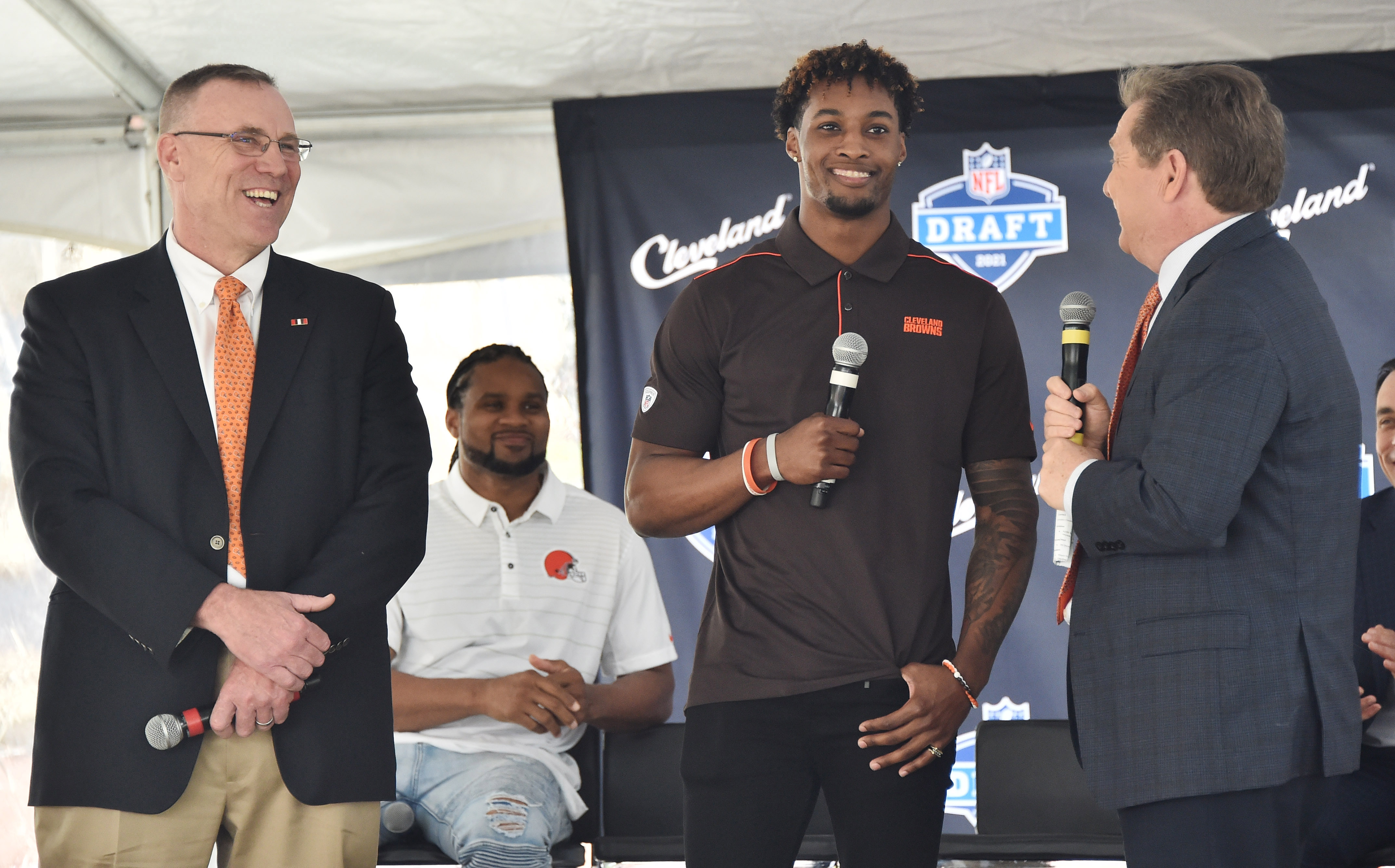 The Browns, for the first time in, well, ever, are drawing a lot of hype, with fans and analysts believing the team could make a Super Bowl run.

Cleveland showed a lot of promise in 2018, even with rookie quarterback Baker Mayfield under center, in what many believed would be a throwaway/developmental year. Instead, Mayfield showed that he’s an absolute winner, and a leader for the team, so the team is making moves to win now, rather than later.

Acquiring Odell Beckham Jr. should make the offense dynamic, as well as Kareem Hunt (assuming he can play). The Browns also made a number of other moves to shore up other holes on their roster, and they figure to challenge for the division title this season.

But general manager John Dorsey wants fans to be realistic, and to pump the brakes a bit on the Super Bowl talk.

“Don’t believe the hype,” Dorsey said on Thursday, via Zac Jackson of The Athletic.

It’s a long offseason, so we do agree with what Dorsey had to say.