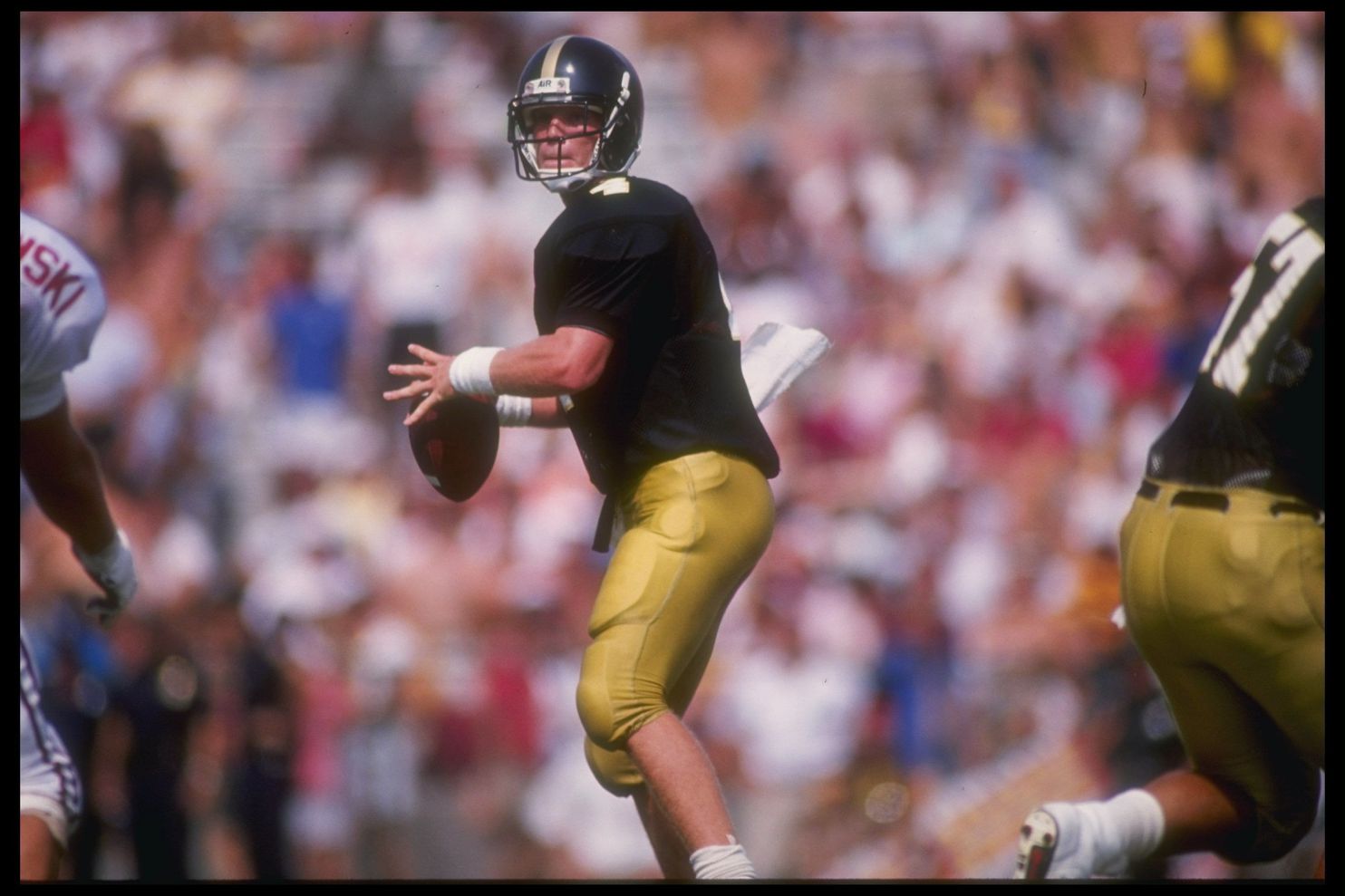 Long before Brett Favre was setting NFL records, uncertain on retirement or making Wrangler commercials, the rifle-armed quarterback was trying to make a name for himself in Hattiesburg, Mississippi.

After a solid sophomore season for Southern Mississippi in 1988, Favre would open his junior year with perhaps the most memorable moment of his college career. It would come on this day 30 years ago as he engineered an unlikely 30-26 upset of Florida State.

Florida State was coming off consecutive 11-1 finishes and top-3 national rankings when it opened the 1989 season on Sept. 2 against the Golden Eagles in Jacksonville. FSU arrived at a scorching Gator Bowl with a No. 6 national ranking and few expected a dogfight.

Early on, things seemed to be going as expected as the Seminoles raced to a 10-0 lead behind a Dexter Carter touchdown and a Bill Mason field goal. By halftime however, Southern Mississippi had used 17 straight points to take a lead into the locker room.

In the second half, there would be four lead changes. FSU took a 23-17 lead into the final quarter, thanks to a touchdown pass from Peter Tom Willis to Lawrence Dawsey and Carter’s second touchdown run of the day, but the Golden Eagles were able to regain the lead one play into the final quarter on a 10-yard scamper by Rickey Bradley.

After Mason’s field goal put FSU back in front 26-24 with less than seven minutes to go, Favre would lead a drive that will live in Southern Miss lore. The Golden Eagles started with favorable field position and were able to melt virtually all the time off the clock when Favre hit Anthony Harris on a 2-yard touchdown pass with just 23 seconds remaining.

Favre and the Eagles overcame five turnovers to upset the Seminoles. As for Favre, he finished the day with 289 yards passing, two touchdowns and two interceptions. Carter rushed for 118 yards and a pair of scores to pace the Seminoles.

The upset of Florida State would serve as the highlight of a 5-6 season for the Golden Eagles. FSU would drop its home opener to Clemson the following week before winning its last 10 games, including a 24-10 victory over eventual national champion Miami, to earn a No. 3 ranking in the AP Poll at season’s end.

The unlikely victory in Jacksonville would serve as Southern Miss’ first over an AP-ranked team since 1982, but it would not be the last before Favre would leave as the Golden Eagles topped both Alabama and Auburn the following season. The most memorable upset however, came on this day 30 years ago.