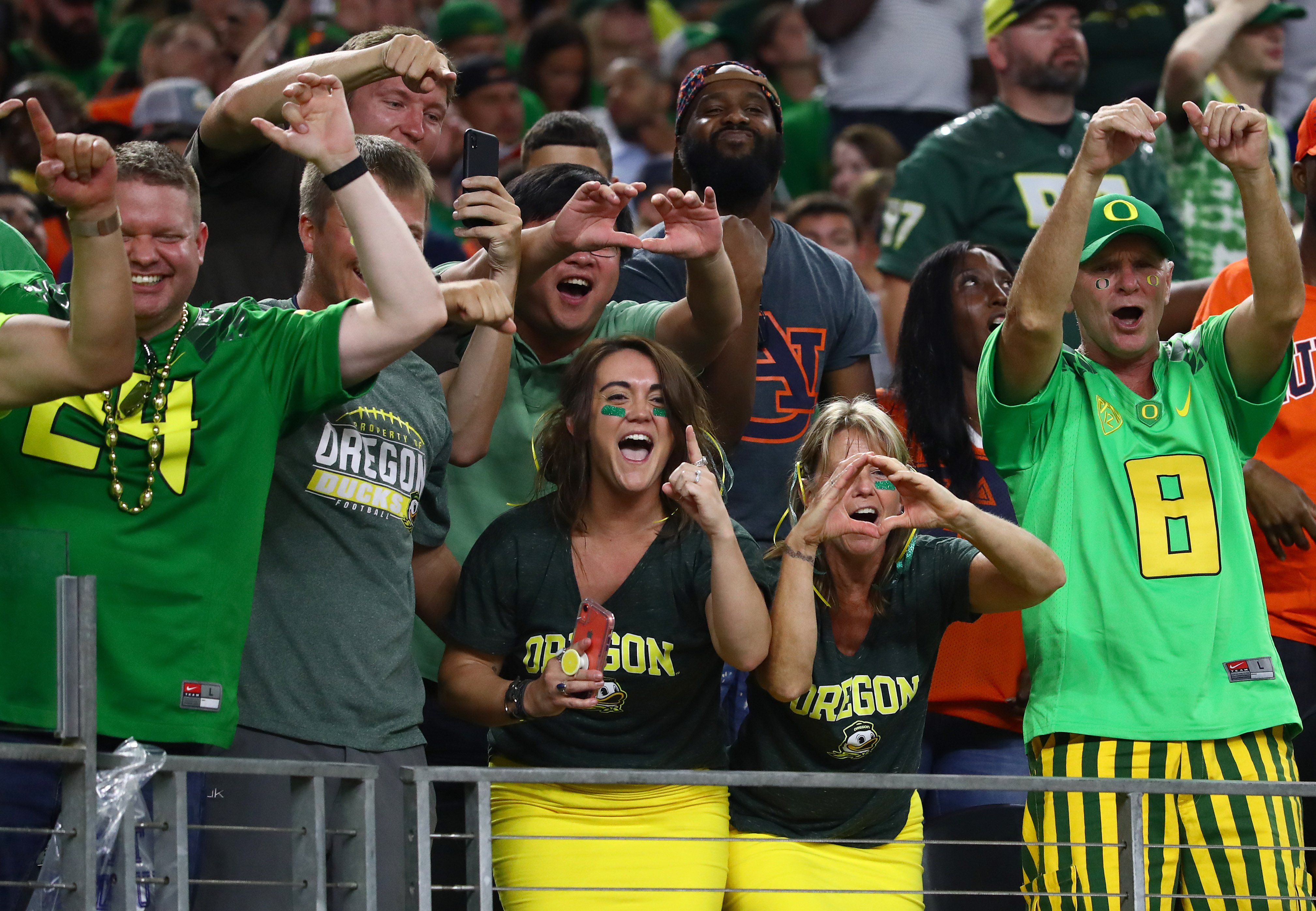 Oregon blew a lead late in its opener against Auburn on Saturday, which raised serious concerns about its defense, and ability to get stops late in clutch moments. The Ducks had numerous chances to seal the potential victory, but could not, and the Tigers squeaked it out with some late-game heroics.

But a lot of the talk is still about Oregon’s uniforms, specifically what they’ll look like a on weekly basis. They went with some simple white-on-black jerseys on Saturday, which leads many to think they’ll revert back to their green ones next game, as this cartoon shows.