The Last 5: Stanford vs. USC 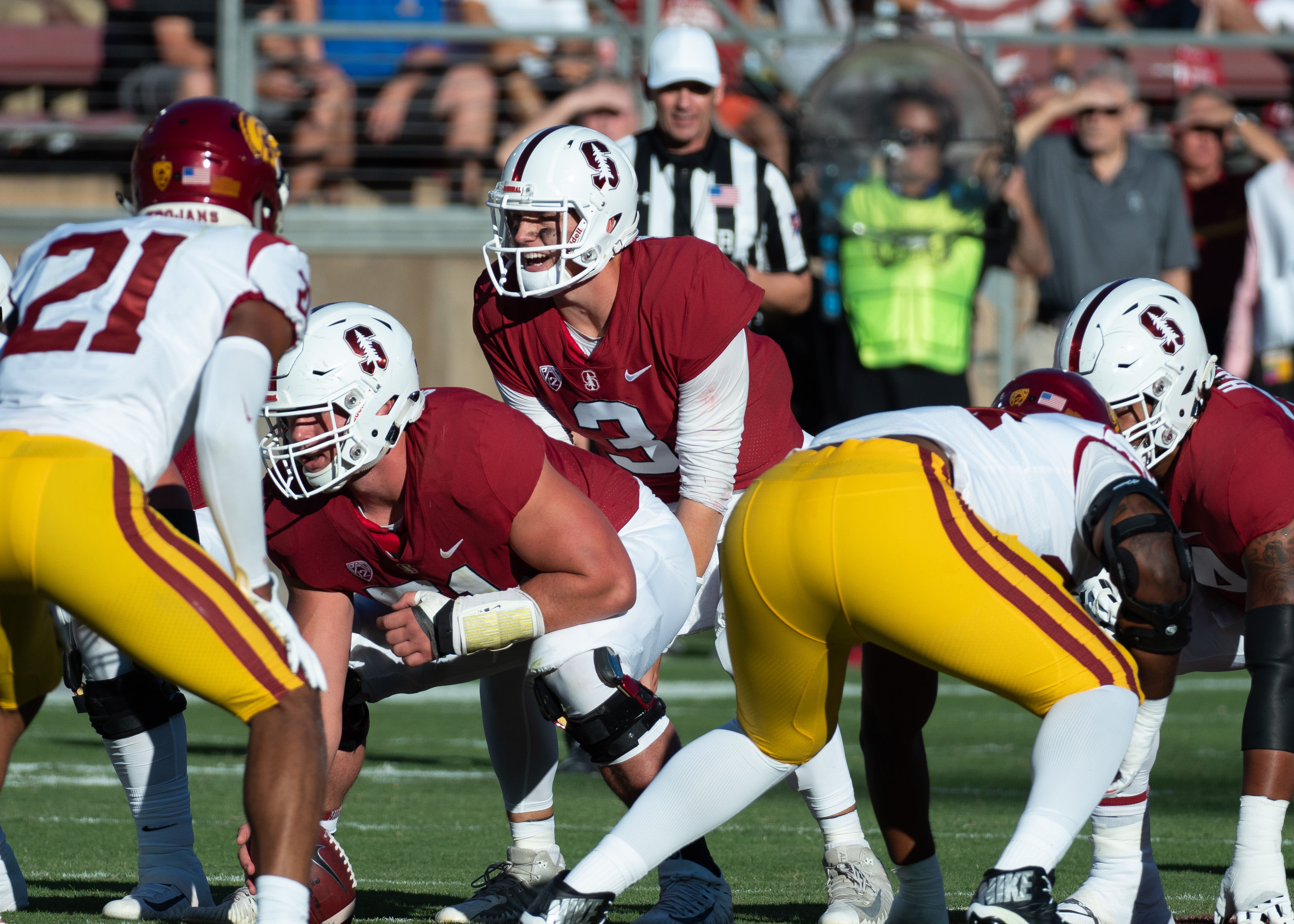 The Last 5: Stanford vs. USC

After a busy week of non-conference play in the Pac-12, conference play gets started this week with an interesting intra=division match-up between No. 23 Stanford and USC.

Both teams held on for victories in Week 1. The Cardinal held off Northwestern in a 17-7 defensive struggle. USC defeated Fresno State in its opener — a competitive 31-23 contest — but lost quarterback J.T. Daniels for the season.

Despite being in separate divisions, USC and Stanford still play on an annual basis. Stanford head coach David Shaw is 6-4 against the Trojans. USC’s Clay Helton is 2-2 against Stanford.

Who: No. 23 Stanford Cardinal (1-0) at USC Trojans (0-0)
When: Saturday, Sept. 7 at 10:30 p.m. ET
Where: Los Angeles Memorial Coliseum in Los Angeles, California
Network: ESPN
What’s at Stake for Stanford: Stanford will look to stay in the polls and start Pac-12 play with a victory.
What’s at Stake for USC: With head coach Clay Helton considered to be on the hot seat, the Trojans need a bounce-back year and beating Stanford would be a nice win.

(17) USC 3, (10) Stanford 17
Sept. 8, 2018
The Stanford defense forced three turnovers in last year’s meeting in Palo Alto with two coming by way of a Malik Antoine interception. Bryce Love rushed for 136 yards and a touchdown in the victory.

(12) Stanford 28, (10) USC 31
Dec. 1, 2017 (Pac-12 Championship)
USC clinched its first conference title in nine years to open December 2017 against Stanford in Santa Clara. USC quarterback Sam Darnold finished with 325 yards passing and two touchdowns in the win. Running back Ronald Jones added 140 yards and two scores on the ground. Bryce Love finished with 125 yards rushing and a touchdown for the Cardinal. Kaden Smith caught a pair of Stanford touchdowns in the loss.

(14) Stanford 24, (6) USC 42
Sept. 9, 2017
The first of two meetings between the schools in 2017 went the way of the Trojans. Sam Darnold passed for 316 yards and four touchdowns in the victory. Stephen Carr and Ronald Jones each eclipsed the 100-yard rushing mark for USC as the Trojans finished with 307 yards on the ground. Deontay Burnett and Steven Mitchell each caught two touchdowns in the win. Bryce Love rushed for 160 yards and a 75-yard score for Stanford.

USC 10, (7) Stanford 27
Sept. 17, 2016
Stanford running back Christian McCaffrey accounted for 238 yards of total offense and two touchdowns as the Cardinal pulled away from USC early in the 2016 season. Michael Rector also had a 56-yard rushing touchdown in the win. Ronald Jones scored the only touchdown for the Trojans in the loss.

Stanford 41, (6) USC 31
Sept. 19, 2015
Stanford quarterback Kevin Hogan passed for 279 yards and two touchdowns to lead the upset of USC in the Los Angeles Coliseum early in the 2015 season. Cody Kessler was just as good for USC with 272 yards passing and three touchdowns, but the Cardinal scored on six of their final seven drives before running out the clock. Christian McCaffrey rushed for 115 yards in the win. USC’s JuJu Smith-Schuster caught eight passes for 153 yards and a touchdown in the defeat.