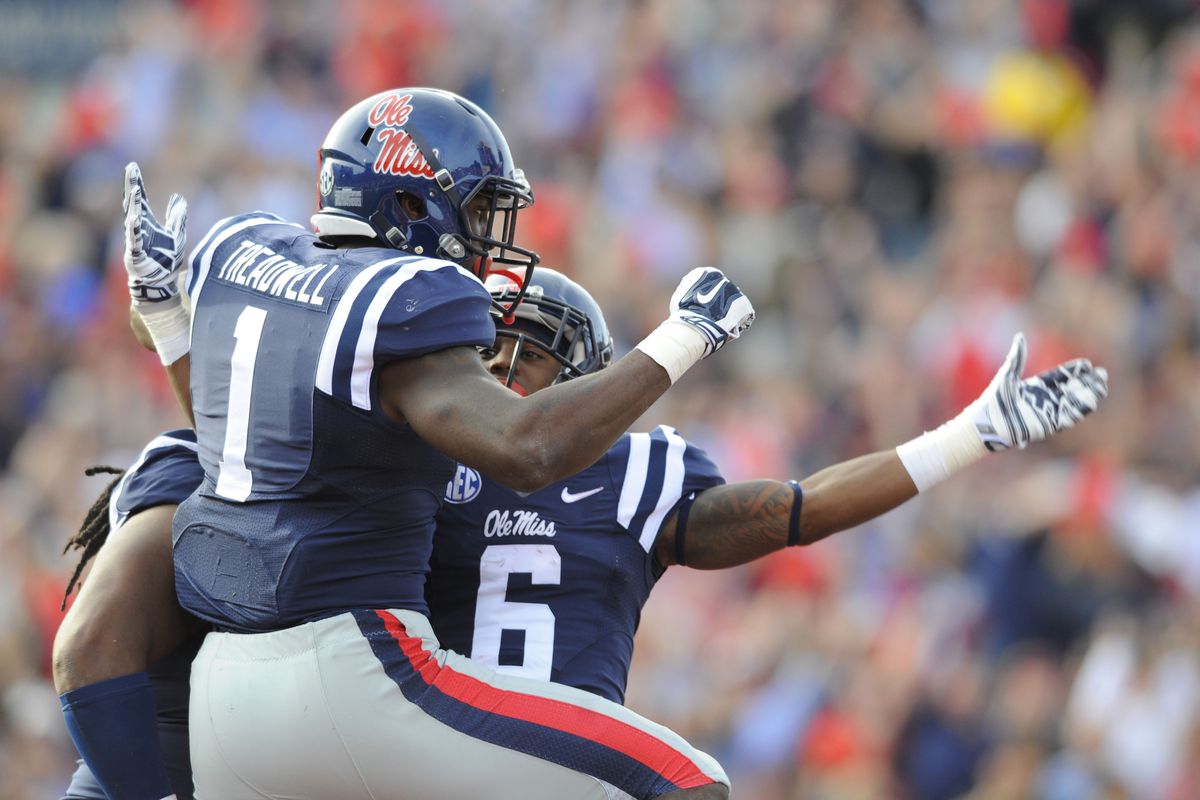 Under head coach Nick Saban, losses have been few and far between for the Alabama Crimson Tide. One of those however, came on this day in a thrilling top-15 match-up.

No. 3 Alabama was 4-0 as it arrived at Vaught-Hemingway Stadium to take on No. 11 Ole Miss on Oct. 4, 2014. The Rebels were also undefeated and had not played a game closer than 21 points to that point in the season season and were out to show that they were contenders against the Crimson Tide. When all was said and done in Oxford, the Rebels emerged victorious, 23-17.

Alabama had won 10 straight in the series and blanked Ole Miss, 25-0, the previous year in Tuscaloosa. Early on, it looked as though it may be more of the same as the Crimson Tide led 14-3 at halftime behind a quarterback keeper for a touchdown by Blake Sims and a 17-yard fumble return for a touchdown by Cyrus Jones late in the half that looked like it could be the Rebels’ undoing.

But in the second half, quarterback Bo Wallace settled in and so did the Ole Miss defense.

After Alabama’s 51-yard field goal attempt from Adam Griffith was no good, it took the Rebels just four plays to go 66 yards for a touchdown, capped with Wallace’s 14-yard touchdown pass to Laquon Treadwell. Griffith’s next attempt from 44 yards was good to extend the lead to 17-10, but that would be the last time the Crimson Tide would score.

The teams traded punts until Wallace found Vince Sanders for a 34-yard touchdown with less than six minutes to play to tie the game at 17. It looked like an opportunity for Alabama to go to the ground and work on the clock, but Christion Jones fumbled the ensuing kickoff and Ole Miss was set up at the Crimson Tide 31-yard-line.

It would take the Rebels just five plays to find the end zone as Wallace hit running back Jaylen Walton on a 10-yard strike on 3rd-and-goal. The extra point was blocked and with less than three minutes to go, Alabama had a chance to drive for the win.

The Crimson Tide marched inside of the Ole Miss 25-yard-line, but a holding penalty on tight end O.J. Howard put the team in a 2nd-and-long situation. Out of desperation, Sims heaved one for the end zone, which was intercepted by Senquez Golson to seal the Ole Miss victory.

Ole Miss was held to just 76 rushing yards on 2.4 yards per carry, but Wallace’s 251 passing yards and three touchdowns was enough to pull the Rebels through. T.J. Yeldon rushed for 123 yards for Alabama in the loss.

Ole Miss would win its next two games to start 7-0 and ascend to No. 3 in the country, but dropped four of its final six games that season. Alabama won its next eight games and the SEC before falling to eventual national champion Ohio State in the Sugar Bowl as part of the College Football Playoff.

The Rebels would beat Alabama again the following season in Tuscaloosa, 43-37, in a season where the Crimson Tide would win the national championship. Ole Miss joined LSU as the only teams to beat Alabama in consecutive seasons under Saban and remains the last one to do so. The first of those Rebels’ victories happened on this day five years ago.