Maple Leafs offense getting off to strong start in 2019-20 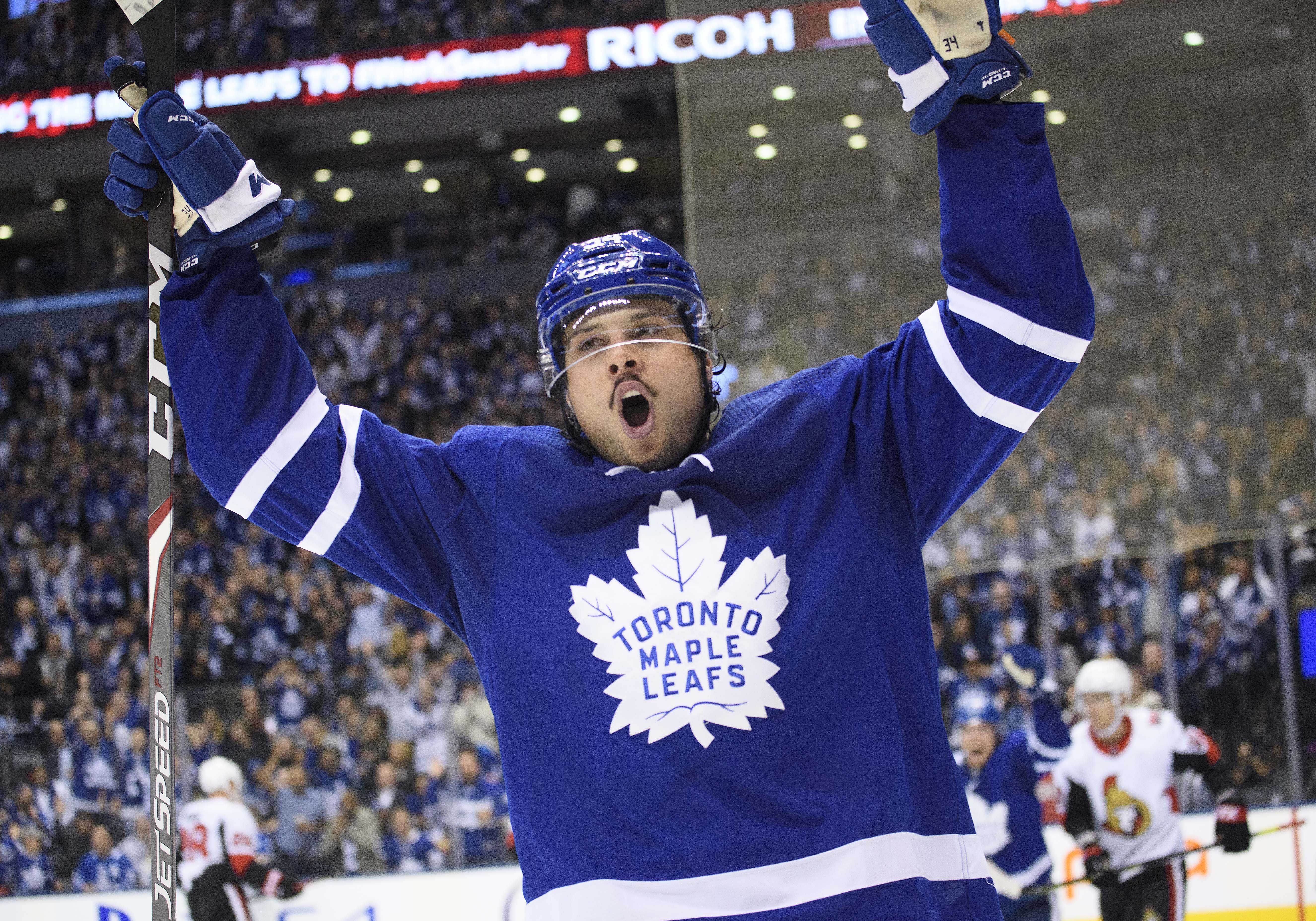 Maple Leafs offense getting off to strong start in 2019-20

Heading into the season, the offensive depth for the Toronto Maple Leafs was arguably considered near the strongest in the entire National Hockey League. After two games, the Maple Leafs have now scored nine goals, and the offensive stars who were expected to produce have met expectations.

On Wednesday on opening night, the Maple Leafs beat the Ottawa Senators 5-3 at Scotiabank Arena. Auston Matthews of San Ramon, CA continued his October scoring excellence with two goals including the game winning goal at 8:02 of the second period from Morgan Rielly and William Nylander.

Matthews was one of three Maple Leafs players to have a multi-point game. The others were rookie Ilya Mikheyev, who notched one goal and one assist for two points and Tyson Barrie, who had two assists. Mikheyev was playing in his first NHL career game and Barrie was playing in his first game with the Maple Leafs after being traded in the offseason from the Colorado Avalanche.

However the statistic that stood out the most was the fact that Matthews had eight shots on goal. In fact, he had four additional shots but missed the net. Barrie and Rielly also combined for 11 shots. If the Maple Leafs continue to get this type of offense from their two top blueliners, they will be a serious force this season.

Matthews’ opening night success is noteworthy. He now has nine goals on opening night, which is tied with Babe Dye for the most in Maple Leafs franchise history.

Then in the Maple Leafs 4-1 win over the Columbus Blue Jackets on Friday, Mitch Marner led the Maple Leafs in scoring with three points as he had two goals and one assist. Other Maple Leafs with multi-point games were Rielly (three assists) the and newly announced captain John Tavares (two assists).

The Maple Leafs will be at home again on Saturday as they host their top rivals, the Montreal Canadiens. In Montreal’s opening game, they lost 4-3 to the Carolina Hurricanes in a shootout.