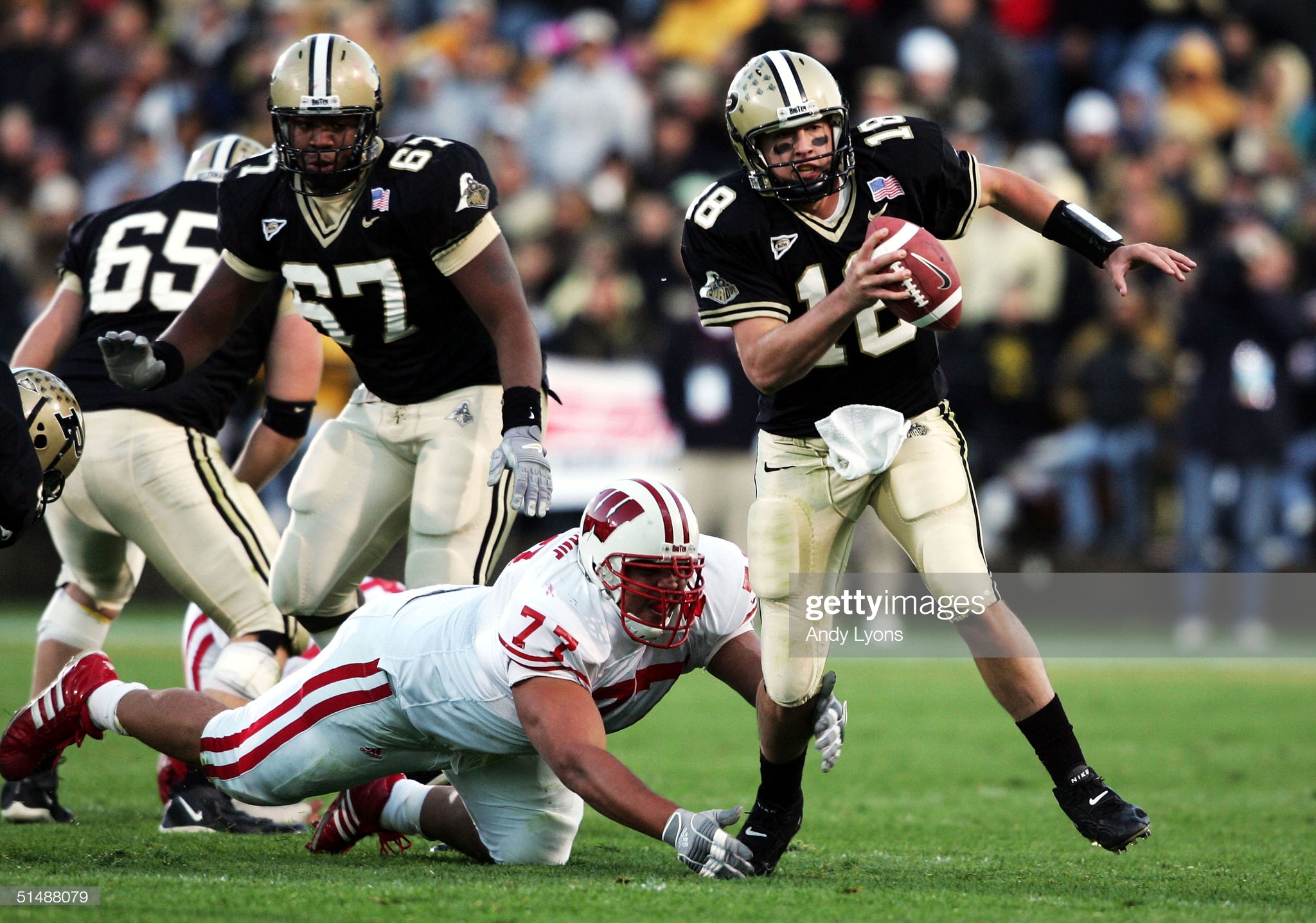 Purdue and Wisconsin probably aren’t the two names that come to mind when Big Ten powers are brought up, but entering the 2004 season, the two had combined for three of the previous six conference titles. Both began the year toward the bottom of the AP Poll, but at the midway point, the teams met for a top-10 showdown in West Lafayette.

Purdue had rose to No. 5 in the country thanks to wins over Syracuse, Notre Dame and Penn State as it hosted No. 10 Wisconsin on Oct. 16, 2004. The Boilermakers were known for this offense, but it was a play from the Wisconsin defense that would be the lasting memory in a 20-17 victory for the Badgers.

Wisconsin running back Anthony Davis had the only touchdown of the first half, but 17 straight points from Purdue gave the Boilermakers the appearance of a team in control. After tying the game on an Orton touchdown pass to Charles Davis in the third quarter, Purdue took its first lead early in the fourth quarter on a short field goal from Ben Jones. About five minutes later, Orton rushed for a 7-yard score.

Down 17-7, the Badgers used an unheralded passing game to march 73 yards in just over two minutes. Quarterback John Stocco was 6-for-7 passing on the drive, capped with a 7-yard touchdown strike to Booker Stanley to cut the lead to three.

Purdue would reach its own 38-yard-line on the ensuing drive when it faced a critical 3rd-and-short. Needing two yards, Orton elected to keep the football when a pair of Badgers converged on him, sending him airborne. Orton lost the football and Wisconsin cornerback Scott Starks picked it up and raced 40 yards for a touchdown the other way.

Kicker Mike Allen missed the extra point, leaving the Wisconsin advantage at 20-17. Orton would march the Boilermakers inside the Wisconsin 25-yard-line on the ensuing drive, but a sack and an incomplete pass forced Jones to try a 42-yard field goal. Jones’ kick was no good with seconds remaining and the Badgers prevailed.

Orton passed for 235 yards in the loss, but committed two turnovers, which proved costly. In addition to the “scoop n’ score”, Starks also intercepted Orton. Stocco passed for 211 yards for Wisconsin in the win.

Purdue’s stay in the top 5 would be a short one as the loss to the Badgers served as the first of four straight defeats by three points or less. The Badgers would win their next two games to improve to 9-0 and ascend into the top 5 before losing their final three games, including a 24-21 heartbreaker to Georgia in the Outback Bowl.