Should Bubba be feeling the heat? 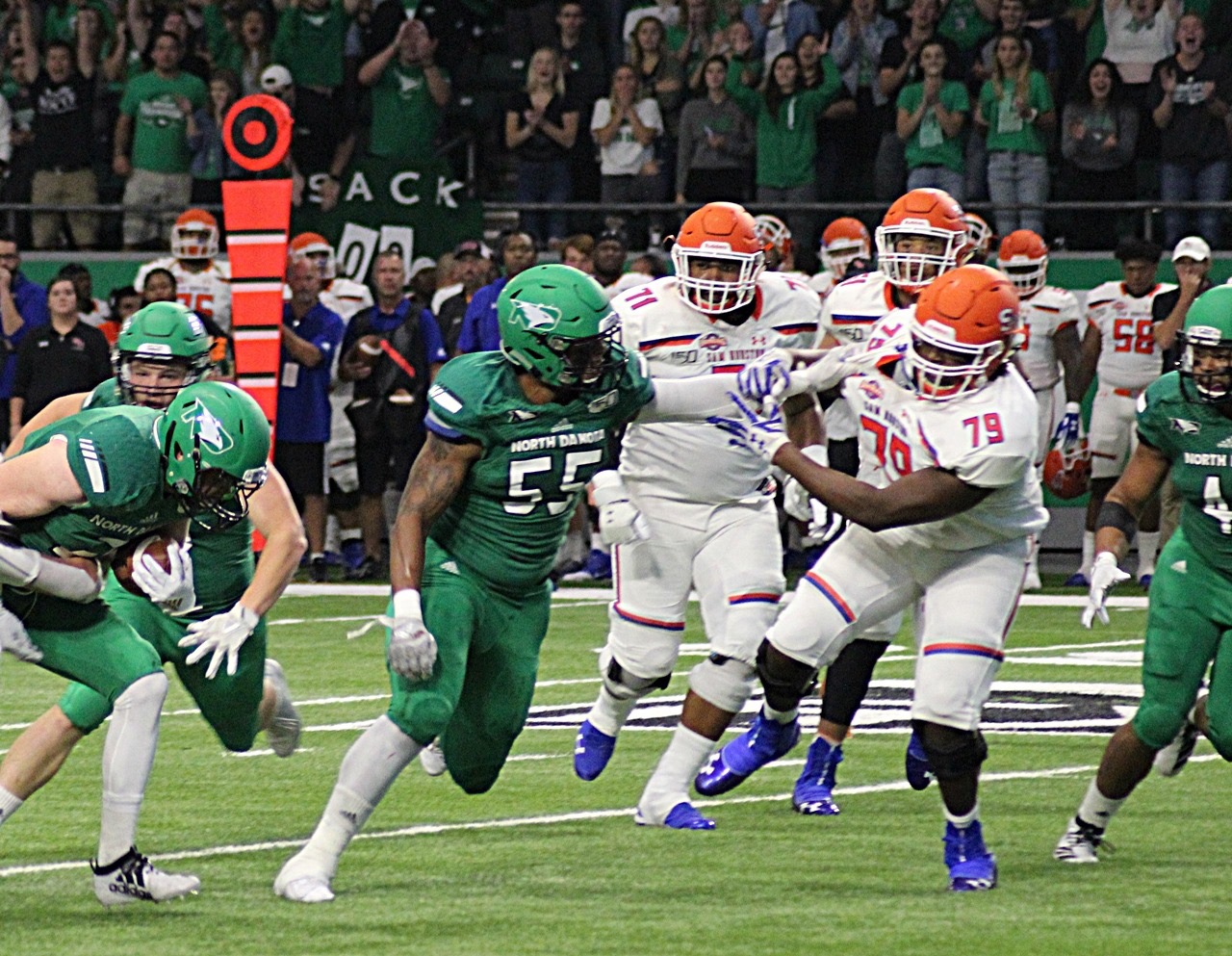 Should Bubba be feeling the heat?

On Monday, I attended the football press conference at the High Performance Center.  It was my first Monday press conference of the season. I wanted to hear what head coach Bubba Schweigert’s had to say after their 55-20 loss to Idaho State.

Let’s be frank, last Saturday’s loss against the Bengals was embarrassing. The Fighting Hawks defense game up 609 yards (213 on the ground and 396 through the air). We don’t need to state the obvious, the Hawks know they need to play a lot better if they want to extend their season.

Midway through the head coach’s portion of the press conference Grand Forks Herald football beat writer Tom Miller asked coach Schweigert this question: “Would you like to see a sense of urgency here this week with this Cal Poly matchup, the importance of it and how it could swing a season as a whole?

Hmm. That was interesting.

In this instance, this quote might not have been a throwaway line. In Forum’s Mike McFeely thought it was significant enough to write a 1000 word essay on it. So, let’s examine McFeely’s question: Is Bubba feeling the heat? Should he?

Perusing Twitter and some of the fan message boards, there are a fair number of fans that think it’s time for UND to move forward without coach Schweigert. Personally, I think that is a bit premature. There’s still a lot of season left. I’d like to see how they finish before we make that call. I am not sure changing the head coach would make much of a difference.

Back in August, Dom Izzo wrote in one of his Hot Mic features, “I don’t see a winning record this year, and I think UND may be in line for a new coach. Izzo’s prediction: 4-7.”

Well, should Bubba be feeling the heat? I think it’s a fair question. Let’s break this down further.

Where does the measuring stick begin and end? The school 75 miles to the south has set the bar very high. We already know that UND isn’t at NDSU’s level. Not even close. However, there aren’t many teams that are. The Bison have won seven of the last eight FCS titles. The Fighting Hawks won’t win seven FCS titles in my lifetime. Not many teams will.

Since UND made the transition from D-II to Division I FCS football, they’ve kind of floundered in mediocrity. In five and a half seasons, Schweigert has a 33-30 (.523) record. His best season was in 2016 when his team went 9-3 and won a Big Sky Conference title. The 2016 season ended in the second round of the FCS playoffs with a demoralizing 27-24 loss to the Richmond Spiders.

Moreover, the football team’s practice locker room is in a stadium that was built in 1927. For those that are mathematically challenged, Memorial Stadium is 92 years old. That’s not a typo. That’s unacceptable. Memorial Stadium is about 30 years past its useful date. Frankly, you need to have serviceable, up to date facilities to attract top recruits. Ponder this, the REA already has updated the home team’s locker room in a building that’s not even 20 years old.

Moving forward, to be competitive, it’s imperative that UND finishes Phase 2 of the High Performance Center. Yes, it’s a nice facility, but UND needs a few more bells and whistles to attract top recruits. The UND football team needs to have a new, up to date locker room.

From the Grand Forks Herald: Phase 2 would include spectator seating, coaches offices and locker rooms for UND football and track and field, a strength and conditioning area, a student-athlete academic center and sports medicine space.

To date, the bleachers have been added to the HPC. The other accessories have yet to be added.

Again, until UND makes a full commitment to the football team, I don’t think it’s realistic to expect UND to be able to compete with the haves of FCS football. With their current situation, UND football will be competitive in FCS and make the playoffs occasionally.

Finally, something to think about. Unlike the hockey team, UND football doesn’t have a big-money donor stepping up to make a sizable financial contribution to the program. There isn’t a 100 million dollar football stadium. The school rents the Alerus Center from the city of Grand Forks.