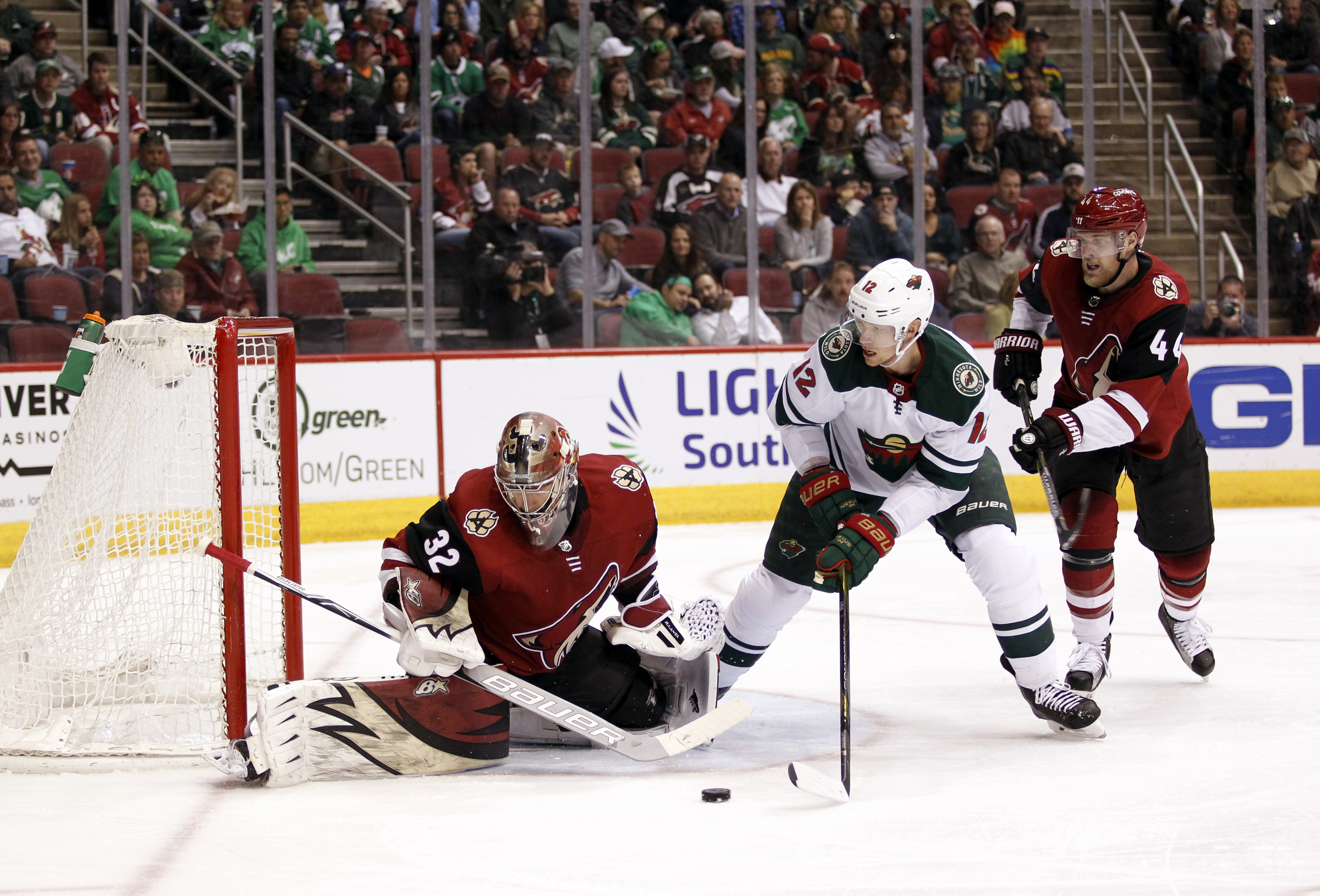 Okay, it’s confession time. Around 9pm Thursday night, Derek and I just looked at each other and decided that we were both too tired to stay up any later. I’ve been sick and Derek’s trying to not get sick, so it seemed like a good idea to go to bed early. Plus, I felt like if we were going to skip a game, this would be the best to pick. Neither team is that great this season and when you combine that with the fact that the Sharks are not a good matchup for the Wild, off to dreamland we went. Now, I have “Do Not Disturb” set up on my phone, but it doesn’t kick in until 11pm. The last notification I looked at, Minnesota was down 4-0. Yep, I felt confident that we made the right decision. So imagine my surprise when I woke up Friday morning and discovered that Minnesota lost 6-5.

Even though they managed to turn things around, it wasn’t without drama of its own. Not only did they manage to score five goals after being down four goals, but there was a beyond questionable major penalty. So it all started with Ryan Hartman was cross-checked by Evander Kane. Now let’s start with the obvious, this not anything out of the ordinary by Kane, but then things got weird. As a response, Hartman then hit/tapped Kane in the back of his leg. Kane in Kane fashion dropped to the ice like he was maimed. His Oscar Award winning theatrics continued in that he needed the assistance of the Sharks trainers to get off the ice. The officials then assessed Hartman with a major and a game misconduct. Even worse, the officials then reviewed the call and somehow determined that they made the correct decision. Oh, and the “gravely injured” Kane was back on the ice the very next shift. The Wild were successful in killing that five minute major. Man, I just wish this game started at the normal 7pm Central Time start time.

I highly doubt tonight will be the night where the Wild can score more than 2 or 3 goals. They won’t come close to Thursday night’s production. First off, the Arizona Coyotes have the 2nd best goals against per game. They’re not letting much past their goaltender. Surprisingly, their best goaltender is former Wild goaltender, Darcy Kuemper. There’s only one goaltender in the league (Vancouver’s Thatcher Demko) that has a better goals against average and save percentage. But it’s not just Kuemper getting him those numbers. His skaters in front of him are keeping things from even getting to him. When you’re a low scoring team like the Arizona Coyotes, you have to do everything you can to keep the opposition from scoring. As of now, this team effort is keeping the Coyotes in games most nights. Interestingly, I’d like to point out, that ever since Jacques Lemaire retired, teams aren’t accused of “killing the game” when they play a stifling team defense like Arizona is. Because you know if this was a Lemaire coached Wild, and they had the #2 goals against per game, we’d still hear the “Minnesota is killing the game” nonsense.

I can’t say I’m excited or even optimistic about tonight. I know I’ve said that a lot this season, and I feel like I must apologize for that. But this is the season we’ve been handed and we have a long time to go. I don’t things would feel so bleak if only we would see a consistent effort on a nightly basis. We haven’t this season, and that’s the hard part. It’s even harder to watch games like this, when Minnesota isn’t even facing the best of the league right now. For now, we just have to grin and bear it. I just hope everyone’s facial muscles will be able to handle the season-long perma-grin that hurts your face, especially when you don’t feel like smiling.