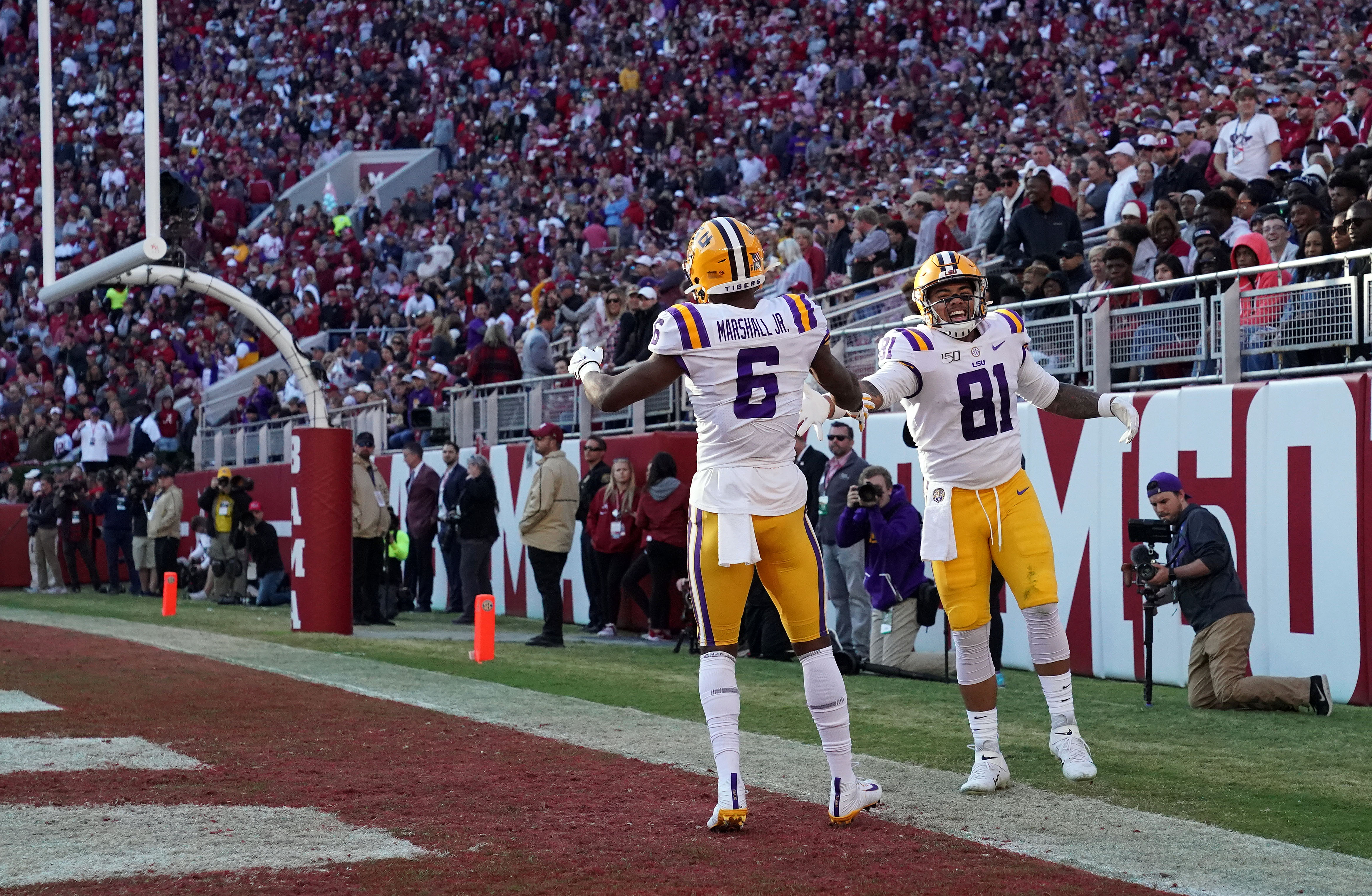 The apple does not fall far from the tree, as it relates to the Moss family, that’s for sure.

Legendary receiver Randy Moss was arguably one of the top five receivers to ever suit up and play in the NFL, and he’s now an analyst. His son, Thaddeus, plays for LSU, and he appears to have the ability to make unbelievable, seemingly impossible grabs just like his father.

Thaddeus made arguably one of the biggest catches in Saturday’s LSU-Alabama game, helping lead his team to victory. Late in the first half, with his team leading 19-13, the Tigers were looking to widen their margin before the half. Quarterback Joe Burrow floated a pass toward the sideline in Moss’ direction, and the young receiver did a ridiculous job of tapping his feet in bounds before he slid out for a sick grab.

Thaddeus Moss did Randy proud with this grab, WHAT A CATCH! pic.twitter.com/eVf42EypNA

The play was controversial, however, as many believed that Moss was out of bounds. Officials reviewed it, though, and the ruling was upheld.

The Tigers went on to score a touchdown, taking a two-score lead, and it helped fuel them to victory. As for Moss, he caught six passes for 46 yards in the game.