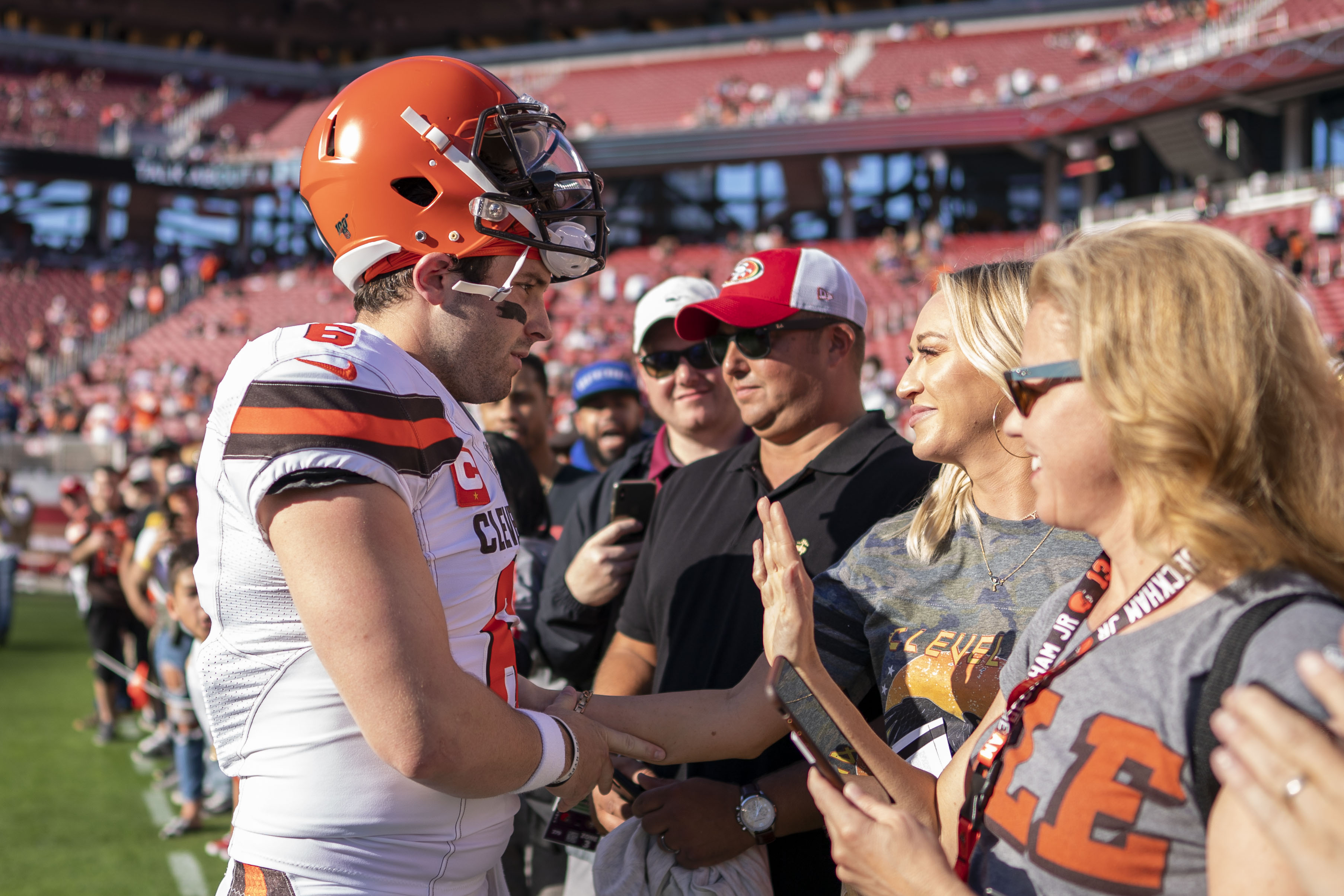 The Browns have put an end to their losing streak, and all of a sudden, at 3-6, they still have a shot at earning a playoff berth.

As such, fans have begun to regain faith in their team, especially ahead of Thursday night’s primetime showdown against the Steelers, which will take place in Cleveland.

Browns quarterback Baker Mayfield’s wife, Emily, is not fond of fans that had previously called out or quit on the team, and are now back rooting for them, though. She posted this on her Instagram story after Sunday’s win over the Bills, calling out the “fair weather fans.”

She got blasted for that post, though, so she attempted to clarify the point she was attempting to make on Tuesday.

Emily sure can defend herself, to say the least.